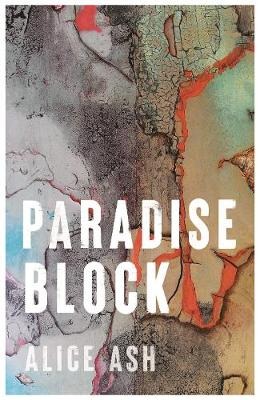 Books can transport us to Heaven or Hell. Similarly, they can serve as imaginatively conjured portals into the lives of others. As if by magic, the variegated panoply of humanistic individuality can be witnessed within their diverting pages. The dramatis personae of mankind’s story are as varied and unique as they are enchanting or repulsive. When not in the company of heroes and heroines, we may encounter life’s victims, if not vanquished by outrageous fortune, then perhaps fractured by ennui.

So, innocuous solecism or farcical fallacy may characterise those we meet, or we may fall into the facinorous clutches of the truly despicable. We may even meet souls so etiolated by life’s quotidian yet brutal futility, that they seem to barely exist, mere enervated flotsam floating upon life’s impersonal, but intractable currents.

In Paradise Block, Alice Ash has used her dazzling debut short story collection to offer us an unflinching and truly mesmerising glimpse into the daily lives of the unfortunate inhabitants of a fictional tower block. Our persecuted protagonists are metaphorically drowning in a squalid torrent of poverty, persecution, pathos and dysfunctional banality. They have drawn life’s short straw, yet they are no more and no less human than those on the obverse side of fate’s capriciously callous coin. They are real people, jaundiced and delinquent, yet valiantly enduring the cruellest of destinies…to lead utterly pointless lives denuded of love, affection, value and worst of all, hope.


Also by Paul Spalding-Mulcock...
“Love Is The Magician That Pulls Man Out Of His Own Hat”: A Marvellous Light By Freya MarskeExpecto Resurrectionem Mortuorum:The Gift - Book 1, Eleanor, by R. A. WilliamsLittle Liar Boy - A Hall Of Mirrors StoryThe Devil's In The Detail: Johannes Cabal The Necromancer by Jonathan L. HowardAn Audience With The Devil - A Hall Of Mirrors Story
Ash has not judged these souls, she has given them glorious, if grimy voices and hearts that beat like anyone else’s. In so doing, our fledgling author has found literary gold amongst fetid decrepitude, despondency and decay.

The collection brings together thirteen short stories, some of which have previously been published in literary journals and magazines, but never before organised to form an interconnected narrative. Each story is a self-contained vignette, valid and rewarding in and of itself. Yet, when read side by side, an alchemic transformation occurs. We witness Paradise Block and its desolate denizens from a multiplicity of perspectives and in so doing, experience a rich anthropological universe rather than the encapsulated tale of one protagonist and one perspective.

Much like a candle set within a multifaceted lantern, whilst the flame may be the root cause of each pane’s light, the idiosyncrasies and flaws of those panes uniquely deform and refract its glow. Each casts light on the other, enhancing our perception of the lantern itself as an interconnected and candescent manifestation of the lit candle’s essence. Ash has used this truth to give us a family of twisted tales which are sumptuously rendered individualistic monologues, but also the disenfranchised voices of a dispirited choir. By conjoining the interdependent pieces of a jigsaw puzzle, we realise the puzzle’s image and appreciate its totality. Paradise Block may have worked as a novel, but in its interrelated short story form, it transcends the conventions of longform prose and bedazzles !

If I have led you to believe that Ash’s tales are an unremittingly dank dunking into the murky waters of human tragedy and facile filth, I have led you astray. Paradise Block is as engaging as it is scintillatingly disturbing. Within its pages you will find pitch-black humour, tender compassion and the brilliant mind of an author intent upon entertaining her reader, whilst exposing them to fundamental humanistic truths and the lies perpetrated by, and visited upon, her characters. A reader may flinch in response to what is brutally encountered, but that same reader is likely to savour the brilliance of Ash’s talent and her ability to mesmerise, enchant and shock in equal measure. Let’s face it, humanity’s story is not always pretty, but in Ash’s deft hands, even its ugliest realities are transmuted into a deeply satisfying swim through the sewer pipes of life’s grubbier environs.

Bereft of the plot one finds with a novel, one necessarily explores the continuity of thematic flow linking each tale. We are given first-person narratives, third-person omniscient accounts, all exploiting the destabilisation of unreliable voices telling equally discombobulating stories. Survival; the day-to-day endurance of life when money is short and the odds of happiness shorter. So we turn to themes - the concrete holding Paradise Block’s monolithic malevolence together, and giving it visceral potency, intellectual lucidity and unmitigated, if sullied force.

Ash explores ennui, existential impotency, identity and its dissolution, a longing for connection, the reality of poverty and its slime covered tentacles wrapping themselves around hope, expectation and dreams. We scrutinise the fundamental absurdity of pointless drudgery and contemplate personal disempowerment, delusion, denial and delinquency. The macabre comedy of life is performed before our tender eyes, a dystopian world constructed from the disenchanting lies of consumerism and capitalism. We visit what it is to be forgotten, to be exploited, to be abused by societal inequality and the predatory predilections of corporations. Ash confronts us with banality, the struggle for meaningful engagement and the nature of humanity under the yoke of commercialism. Petty hedonism in all its grubby forms is thrust upon our gaze, ultimately forcing us to question societal priorities and our capacity to endure despite life’s vicissitudes and vile inequalities. 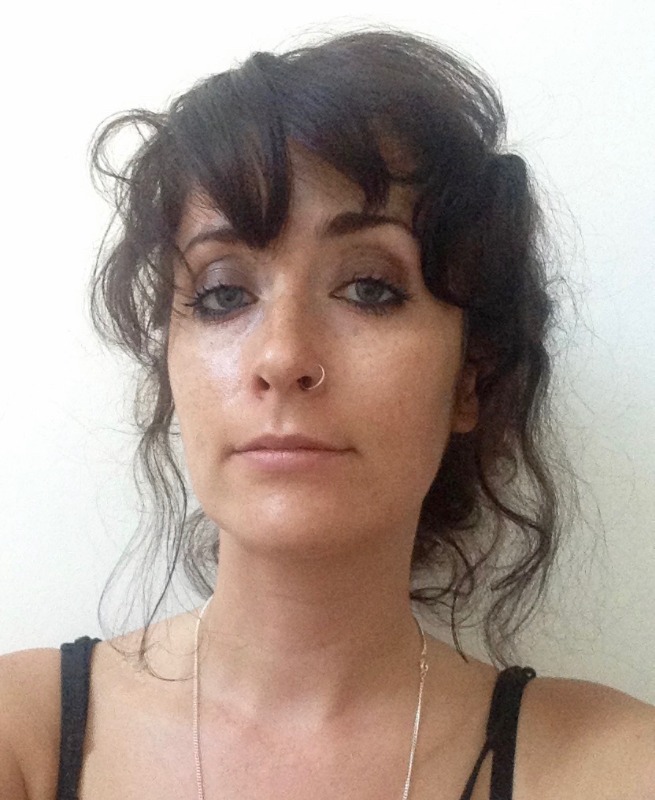 Alice Ash
For me, this astonishing collection innovatively fuses Dirty Realism with darkly gothic surrealism and put me in mind of Raymond Carver, Charles Bukowski and Chuck Palahniuk. Washington Irving and Edgar Allan Poe lurked in the shadows with David Lynch perhaps casting his eye over proceedings. I even picked up faint hints of Stephen King. Ash blends dystopian futility with a gritty black comedy where reality is seen through a cracked hall of deformed mirrors – bald truth is glimpsed but seems to be the fetid soil in which her stories take root and then sprout above to form aberrations, conjunctions and a distorted universe with its own deep pathos-laden atmosphere. Camilla Grudova also springs to mind, in so much as her universe is a fully realised entity with its ineluctable truths permeating its every atom. The Theatre of the Absurd and Beckett also seem to animate her beguiling writing.

Our bohemian author respects no boundaries. She is an unfettered, untethered and uninhibited creative force as adept with the conventions of irony as she is a skilled exponent of linguistic plasticity. We see Shakespeare morphed into prosaic desperation, symbolism pushed to the point where meaning becomes vaporous and no more distinct that a nebulous fragrance. Above all, Ash is a master of atmosphere. David Lynch and Mark Frost come to mind as we are saturated in the miasma of Twin Peaks, but remain rooted in the prosaic blandness of poverty induced disquietude.

Perhaps the single most extraordinary triumph of Paradise Block is its calculated reinterpretation of language itself. Echoing Beckett, Ash pushes language to the point where its elasticity threatens to snap. The juxtaposition of the ordinary with incongruently unfamiliar lies at the heart of her magnificence: ‘She pictures washing machines turning endlessly and further on, the beach the tides crashing down on inert stones, the luminous fish slipping by’. Similes are dextrously wrought from innovative couplings rebellious and delightful: ‘I looked down on him, in amongst the cigarette butts and bits of glass that shimmered like romantic stars in the sky’. For me this line sums the book up rather nicely – ‘the washing machine is there, silent and moping, with its big black eye leaking like a rusty tear’. Perhaps the only other line encapsulating the gothic grubbiness of our wonderful read is, ‘Our girl feels a flip in her stomach, the threatening kick of a frog in a blackened pond, twisted damp figures on the black, dark hill’.

Ash uses her language to tell her prosaically unedifying tale in order to give it emotive force. Her descriptive powers are nuanced explosions of sincerity counterpointed by the exquisite modulation of authorial bravery: ‘I was imagining Paradise Block as a terrifying sea animal, twisting all of its parts from one shape to another and bursting in and out of the dark water’. Even her voiced articulation of the vile tower block itself is hauntingly enunciated - ‘The building was built very cheaply with windows that will fall out, and damp and mould as thick as cat fur, a cat ghost creature that would slink into each and every flat’.

Surrealism and lyricism underpin Paradise Block’s nefarious potency. It is the combination of the normal with the deeply incongruous which lends her writing such force. Yes, we have psychotics, addicts, the desperately lonely and fearfully alone, however Ash bends language to jar our senses and force us to accept her inverted realities and their unpalatable truths. From the Brass Cross pub sitting at the rank epicentre of our character’s known world, to the menacing enticements of the local department store, Ash transcribes all through the filter of her inventive, Gothically furnished and deliciously playful mind. If a prose author were to be infused with the spirit of Bram Stoker and the descriptive legerdemain of Annie Proulx, one might find the distillation to be Alice Ash.

So, what we have in Paradise Block is a picture of humanity ground to dust, limping through baleful banality, abased by the mythomania of delusional Gods and rendered with the sardonic pen of a deeply sensitive soul. We hear the querulous voices of those oppressed by life’s reality but expressed via the effulgent pen of an author who adores her characters warts and all. For me, this book is an unforgettable triumph of authorial skill in response to the ‘rodent’s speckled belly’, of reality. Alice Ash may write about filth and squalor, but she does so beautifully and I for one consider her to be utterly, insanely magical. This book is a bizarre tour de force and a darkly satisfying joy !


Paradise Block is published by Serpent’s Tail
More in this series...
Review: The Stranding By Kate SawyerReview: You Let Me In by Camilla BruceInterview With Victoria PrincewillThe Traumatic Legacy of Denial: The Sanatorium By Sarah PearseThe Imposter by Anna Wharton: A ReviewGirl In The Walls By A.J. Gnuse - A ReviewReview: Lightseekers By Femi KayodeAn Interview with Alice Ash - Author of Paradise BlockInterview: Neema ShahKololo Hill By Neema Shah: A ReviewInterview With Catherine Menon - Author Of Fragile Monsters‘Ghosts Everywhere I Look. Ghosts Everywhere I Don’t’: Fragile Monsters By Catherine MenonInterview: Bethany CliftLast One At The Party By Bethany Clift: A Review'There Is No Such Thing As Fate, Because There Is Nobody In Control': My Name Is Monster By Katie HaleInterview With Frances Quinn - Author Of The Smallest Man'A Hero Of Our Time!': The Smallest Man By Frances QuinnInterview: Thomas McMullan, Author Of The Last Good ManReview: The Last Good Man By Thomas McMullanInterview With Nikki Smith - Author Of All In Her Head