10 Years On From A Major Hospital Abuse Scandal 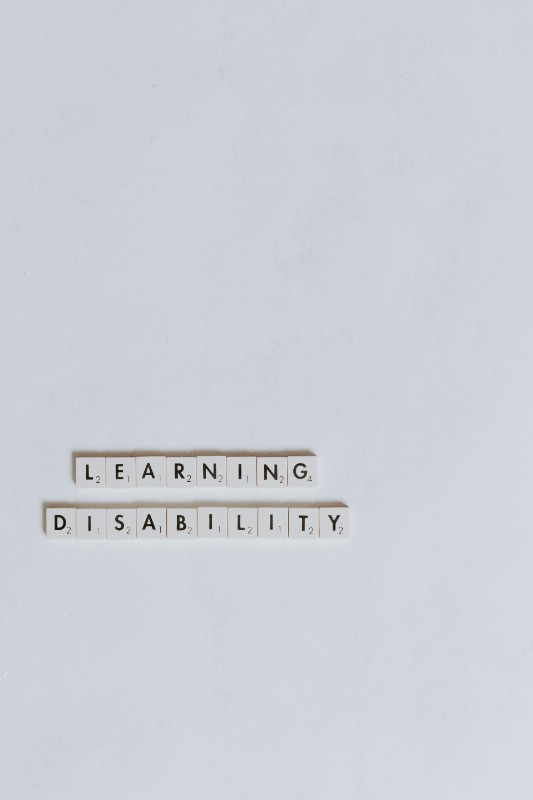 Photo by Pawel Czerwinski on Unsplash
10 years on from a major hospital abuse scandal, families of the survivors and charities say it’s ‘highly likely abuse is still happening in these institutions today.’

Thousands of people with a learning disability and/or autism have been locked away in modern-day asylums at increased risk of abuse despite Government promises following a shocking hospital abuse scandal, survivors’ families and charities Mencap and the Challenging Behaviour Foundation (CBF) have revealed today in a new casebook.

At least 2,040 people are still locked away in mental health hospitals, often many miles from home. Families and charities warn that they are in danger of physical and emotional abuse.

The charities’ analysis shows that there have been at least 102,010 recorded reports of restrictive practices, like physical restraint, chemical cosh and solitary confinement, since October 2018 when figures were first reported. This is equivalent to one used every 12 minutes. Mencap and CBF say these figures are likely to be ‘the tip of the iceberg’ due to low numbers of hospitals providing data, despite it being mandatory. 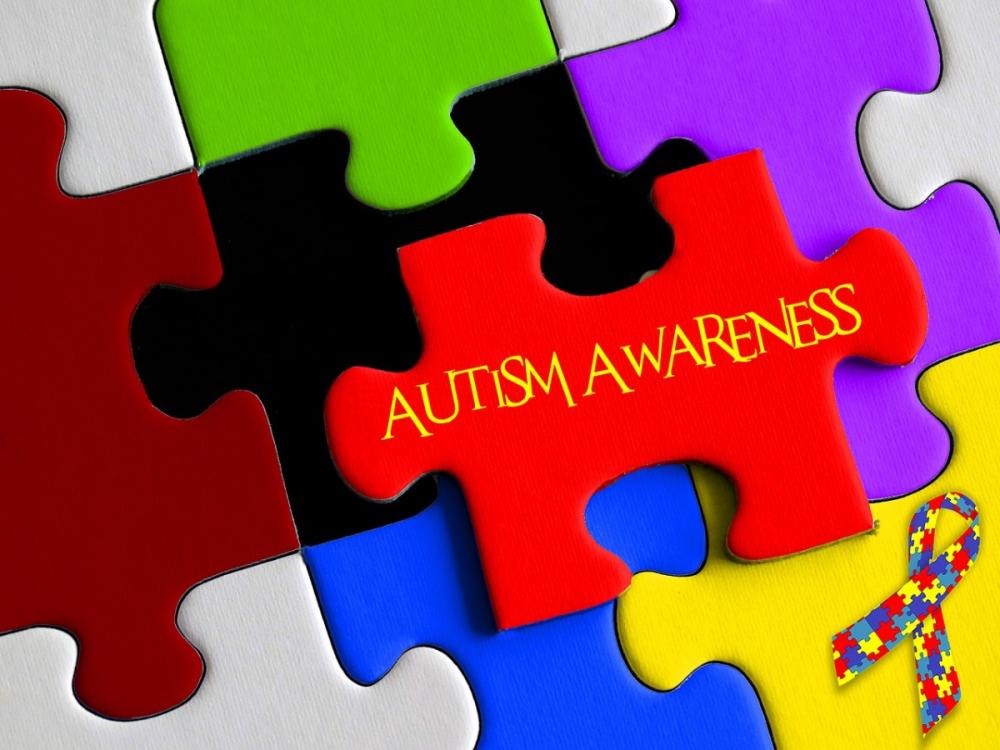 Image by karelinlestrange from Pixabay
The horrifying figures come ten years, this month, since a BBC Panorama undercover investigation at Winterbourne View Hospital, near Bristol, aired. Viewers were shocked to see footage of disabled people repeatedly being pinned down, slapped, dragged into showers while fully clothed, taunted and teased. Although the private hospital closed and several staff members were charged with criminal offences, families of the survivors have spoken out about their ongoing worries about these institutions. 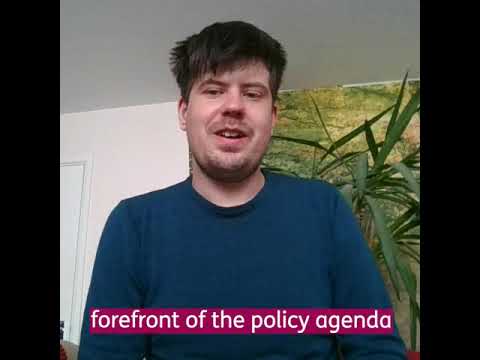 Today, six families have shared their own personal accounts of the impact on their loved ones after being locked away at Winterbourne View in a casebook to mark the anniversary. They make clear their outrage that people are still being admitted and poor treatment is still widespread. Despite Government promises to reduce the number of people locked away in these units, there have been 9,490 admissions – equivalent to 4 a day – since its Transforming Care Programme began in 2015.

While some Winterbourne View survivors have flourished in their communities with the right social care support, many have experienced long-term side effects of being at Winterbourne View, such as post-traumatic stress disorder, anxiety and meltdowns. Families live in fear that, without specialist social care support in the community to meet their loved one’s needs, they are at risk of readmission into an inpatient unit. Shockingly, some Winterbourne View survivors continue to be locked up in modern-day asylums today.

Ann Earley, mother to Simon, now 47, who was at Winterbourne View hospital between 2010-2011, says: “When there was a shockwave of horror after the abuse of our sons and daughters was aired on national TV, we naively hoped that the promises made by government would change the system forever. Yet, here we are 10 years on still having to fight.

“For many, the promised support failed to come, not just for our loved ones, but for their families who were also left traumatised by the events. Our loved ones were left struggling within a failing system and some were re-admitted, commencing the sad, sorry cycle again and again.

“The failure to extricate people entrenched within the system is pathetic, but it is the failure to stop others being pulled in that’s even worse. The dangers have been exposed, the failures noted, the appalling damage catalogued but still decision-makers and commissioners condemn our loved ones to a life of misery. Still other settings like Winterbourne Views are built and their beds filled. There should never be the opportunity for another Winterbourne View to be created under the guise of providing care.”

Figures also show that more than one in six people currently in an inpatient unit have been there since before the Winterbourne View abuse was exposed in 2011. On average, current inpatients stay for more than 5 years. A lack of appropriate housing and social care services in the community are the main reasons for delayed discharges.

The families have joined together to write a letter to the Prime Minister, Boris Johnson, demanding action and deliver “real, enduring change” to stop this domestic human rights scandal. They, alongside Mencap and CBF, are calling for his Government to:
Immediately publish the cross-government action plan on Transforming Care, which was promised in response to a 2019 Joint Committee on Human Rights’ report, and ensure it has a strong focus on preventing admission;
Provide ongoing support for people and their families who have been traumatised by the inpatient system;
Properly fund specialist social care in the community to stop more people from being admitted in the first place and get those who are still locked away out.

Kayleigh, 35, has a rare chromosome deletion and was an inpatient in Winterbourne View hospital. She now lives in the community with her own support package.
She says: “Everything is better. I have freedom. I’m not being told when I can eat. I’m not being put in isolation if I’m a little bit upset. I’m able to do whatever I want.”

Edel Harris OBE, Chief Executive of the learning disability charity Mencap, says: “It is unforgivable that over the last decade the Government has broken promise after promise which has left people with a learning disability and/or autism stuck living in assessment and treatment units when they should be living at home. For people and their families to have been through such horrors and for so little to have changed is deplorable.

“There has been abuse scandal after abuse scandal in mental health hospitals up and down the country, and it is highly likely that abuse still occurs in many of these institutions today. With restrictive and inhumane treatment reportedly being used against people once every 12 minutes, the Government really needs to address the urgency of this situation.

“We cannot tolerate a situation where more people are locked up simply because they cannot access appropriate support in their community. It’s widely known that improving access to early intervention and personalised support in many cases can be the solution. The Prime Minister must listen to the families of those who were at Winterbourne View and act now before more people are abused and lives destroyed.”

Vivien Cooper OBE, CEO of the Challenging Behaviour Foundation, says: “The messages from the families who have shared their experiences 10 years after the abuse at Winterbourne View was exposed are stark and clear – however you look at it, care has not been transformed.

"Think what can be achieved in 10 years – then consider how little has changed for so many people with learning disabilities and autistic people whose behaviour challenges. I hope that those in positions of power and influence, those who have high status and whose job it is to deliver the transformation of care, read these accounts and reflect on the devastating and lasting impact inappropriate admission has on children, adults and families – and how that impact and the consequences continue, year in, year out.

"We know what to do, what works, and how to do it – we need strong leadership, and people with the will, skills and determination to make this a priority and take action.”


If you are worried that someone you know with a learning disability and/or autism is at risk of admission to an inpatient unit, or is currently in an inpatient unit and you are concerned about their care, please see the following for information for support: