5 Greyhound Quirks That Will Win Your Heart 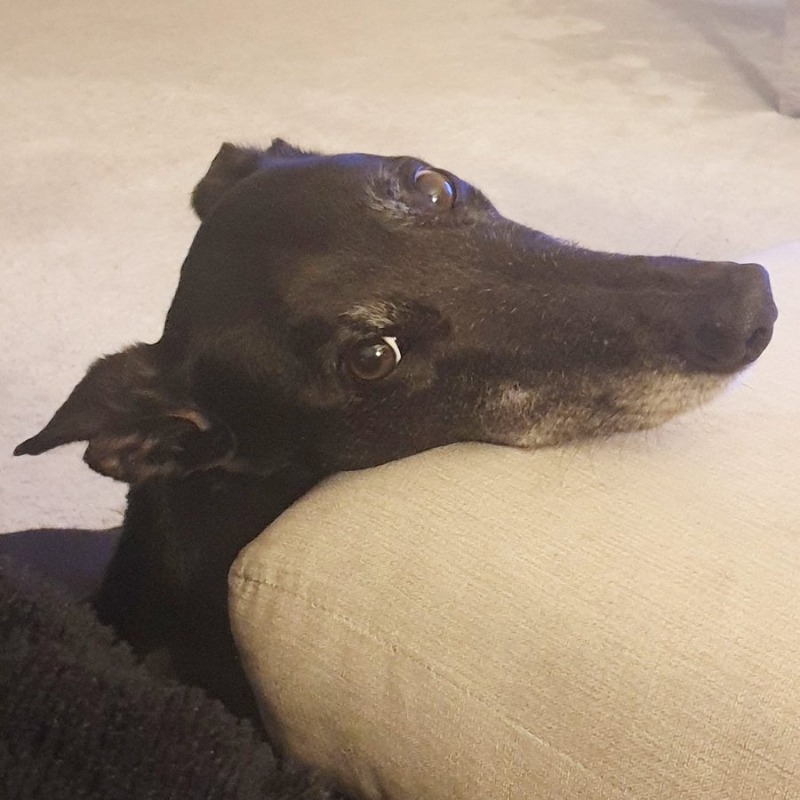 The huge potential to love and live has never been realised in many greyhounds who have raced and been abandoned or handed to hard-pressed rescue centres across the UK. That means they when they join your home, it can take them a little while to understand things other dogs might take for granted. Rather than being a negative, this is something I was utterly charmed by. Here’s why I reckon greyhounds are spectacularly, charmingly unique:

1. Funny noises: Because of their size, greyhounds can achieve the depth and volume of a grown man during any bodily emission, which is great fun when you’re on conference calls and haven’t pressed mute, or when they do it in your face to thank you for their sardine breakfast (Ozzy feels the need to burp in my face after every meal). This is something I find hugely amusing thanks to my puerile sense of humour. Greys also emit lengthy and very amusing grunts when they get really comfortable.

2. Greed: Greys are greedy to an extent I have never seen in another animal. Ozzy was pretty subdued when we first brought him home, but his insatiable love of eating never wavered. They become much more mellow once they’re in a routine, but don’t leave food unattended. Ozzy knows the sound of cheese being sliced, the rustle of the wrapper for his daily chew stick - even the sound of his food cupboard being opened - at a thousand paces, and will appear in the kitchen, nudging me with his nose at breathtaking speed. He will also demolish anything I put in his dish in seconds.

3. Off lead behaviour: Impeccably behaved on the lead, greyhounds will amble along beside you elegantly, making walks an absolute pleasure. But if you’re lucky enough to find an enclosed, safe area, there’s no greater spectacle than watching a dog born to run do so with superior efficiency, breathtaking speed and unbridled joy. Greys don’t need a huge amount of exercise, so please don’t feel compelled to let them run loose. If you do, you’ll need to be 100% comfortable that they can’t escape if they ‘lock in on’ something they fancy chasing, and that they will respond to your command. I fell foul of this on a beach in Northumberland when Ozzy would have run to Scotland if it wasn’t for the pesky intervention of the North Sea

4. Nonchalance and insubordination: most greyhounds are unable to sit down, probably because of their huge thigh muscles, but it’s probably just as well as they spend 90% of their time lying flat out and literally ignore any command that doesn’t involve eating food or going for a walk. But why shouldn’t they? Many of them have spent their whole lives ‘performing’ for zero reward. Ozzy came to me for rest, love and care and I expect nothing more 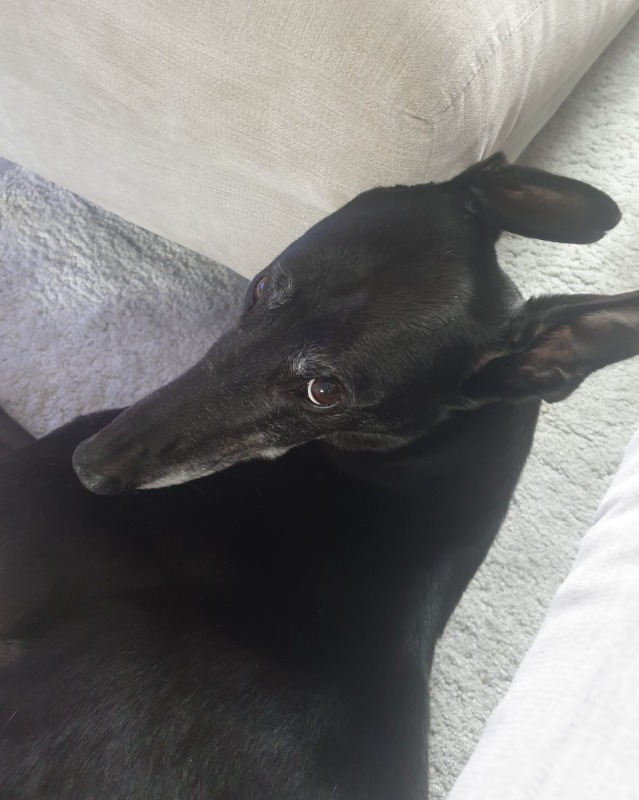 5. An aversion to stairs: As is the case for many ex-racing dogs, Ozzy didn’t understand stairs when we brought him home. But thanks to my teenager’s patience and ingenuity, he learned how to climb up and down them in just one evening (involving quite a few strategically placed treats)

If you choose to rehome a greyhound, you will get a beautiful, elegant and kind animal that expects very little and will flourish in return for any love you give.

Even if they do burp in your face after meals.