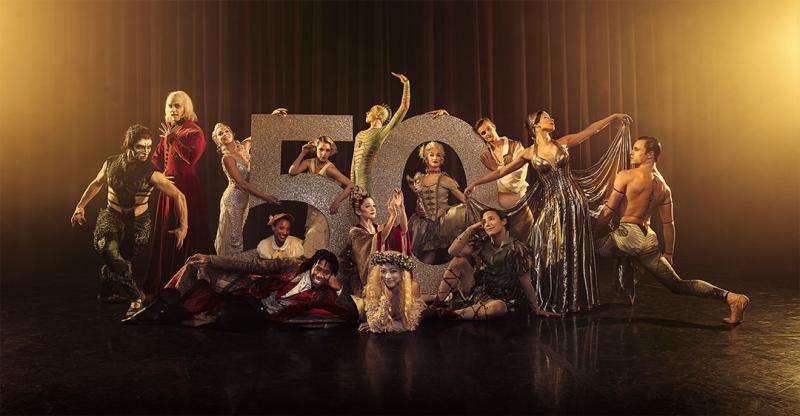 Today, on the 50th anniversary of their first official performance, Northern Ballet has announced details for its upcoming 50th Anniversary Celebration Gala.

To be held at Leeds Grand Theatre for one night only on Saturday 4 January 2020, the gala will see some of dance’s leading companies unite in a unique event celebrating Northern Ballet’s 50-year journey. The gala will feature performances of excerpts from Northern Ballet’s repertoire and works connected to the Company’s history.

The gala includes pieces from Northern Ballet productions that have not been performed by the Company for decades. These include excerpts from Didy Veldman’s Carmen, Michael Pink’s Dracula and Massimo Moricone’s Romeo & Juliet.

The gala will also feature excerpts from some of the Company’s more recent popular productions including David Nixon OBE’s A Midsummer Night’s Dream and Kenneth Tindall’s Casanova. Northern Ballet alumni, including former Premier Dancers Martha Leebolt and Tobias Batley, will also return to the Company to perform as part of the celebration.

David Nixon OBE, Artistic Director of Northern Ballet, said:
‘Our gala is a focal point for our anniversary celebrations. It is a moment for us to honour and celebrate Northern Ballet’s 50-year story so far; the productions, the people and the milestones that have been achieved. I wish to thank our guests for joining us from as far afield as Chicago and I am looking forward to presenting a truly one-off evening of performance which includes some works which only our longest-standing supporters will have seen before.’

Tickets for Northern Ballet’s 50th Anniversary Celebration Gala are on sale now and selling fast. To book visit leedsgrandtheatre.com or call the Box Office on 0844 848 2700*.