£589 Million To Kickstart Rail Upgrades Across The North

The Council will ensure northern leaders have a direct line to ministers and has been formed with the desire to cut bureaucracy and red tape so passengers can get the modern, reliable transport network they deserve as quickly as possible.

As part of the government’s wider strategy to level up communities and strengthen devolution, the council’s work will engage with DfT staff based in northern cities and dedicated to delivering for the North.

The most congested section of the route will be doubled from 2 to 4 tracks, allowing fast trains to overtake slower ones, improving journey times and reliability for passengers across the North. Most of the line will be electrified, and our ambition is to go further. Full electrification, digital signalling, more multi-tracking and improved freight capacity are now under consideration as part of an ‘Integrated Rail Plan’ due to report in December.

These improvements will allow all-electric services between Liverpool, Manchester, Leeds, York and Newcastle, bring longer and more frequent trains, and create significantly more local capacity along the line.
Improvements to allow more freight on the route, replacing thousands of diesel lorry journeys with electric freight trains, will also be considered in the plan.
Work is also underway to tackle the bottlenecks at either end of the route without which the upgrade’s potential cannot be fulfilled. Leeds station is being resignalled and a new platform is being built. In central Manchester, development funding was awarded last month to tackle rail congestion. 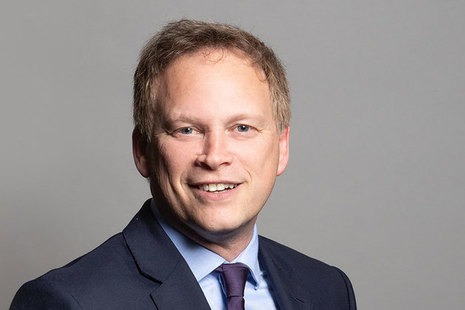 Grant Shapps
Transport Secretary and Northern Powerhouse Minister Grant Shapps said: “People across the North rightly expect action, progress and ambition and this government is determined to accelerate improvements as we invest billions to level up the region’s infrastructure.”

“We are determined to build back better at pace, and this new council will allow us to engage collectively and directly with elected northern leaders to build the vital projects the region is crying out for."


The Northern Transport Acceleration Council will hold its first meeting in September and will be made up of mayors and council leaders with the Transport Secretary as chair. It will work closely with the Northern Powerhouse Growth Body to improve outcomes for people and places in the North.

Andy Burnham
Mayor of Greater Manchester, Andy Burnham, said:
This feels like a gear change from the government in the delivery of transport improvements in the North of England and I welcome the new drive that the Transport Secretary is bringing to this.

People here deserve a modern, reliable public transport system and it is my hope that the Northern Transport Acceleration Council will bring forward the day when that is a reality. It is crucial that the council listens to the voice of the North and is accountable to people here through their elected politicians and bodies such as Transport for the North.

"The additional funding for the Transpennine route upgrade is a welcome sign of intent from the government. The North has long argued for the existing scheme to be upgraded to bring the full range of passenger and freight benefits and we are glad that the government has listened to this. But it is important to be clear that upgrading the existing railway between Manchester and Leeds does not diminish the need for a new line in Northern Powerhouse Rail nor does it solve the capacity issues in central Manchester which require a separate solution.

"As we look to recover from COVID-19 and build back better, I am ready to work in constructive partnership with the government to get visible transport improvements as quickly as possible. My top priority is to build a London-style, integrated public transport system in Greater Manchester and I look forward to working with the Secretary of State on making this vision a reality."

Cllr Judith Blake, Leader of Leeds City Council and Transport Lead for West Yorkshire Combined Authority, said: “We welcome any opportunity to accelerate the delivery of infrastructure projects in the North. Through Transport for the North, Northern leaders have championed northern investment and it’s important that we can continue to be directly involved in shaping these vital projects.

“We are keen to see the full details of this announcement, especially the extent of the Trans-Pennine route upgrade and we ask Government to set out what the full benefits for passengers will be.

“To truly level up, the UK needs HS2 delivered in full as part of an integrated network with Northern Powerhouse Rail with a line through Bradford city centre, as well as a fully upgraded Trans-Pennine route, investment in the Calder Valley line and improved resilience on the East Coast Main Line, to rebalance the economy and address the poor transport links between cities in the North and Midlands.”

“While we welcome the additional investment to upgrade the Trans-Pennine route, we will be seeking reassurance that the plans are still based upon the full electrification of the line, which will provide the optimum improvements in terms of journey times for people travelling between Huddersfield, Leeds, York, Manchester and beyond and support our carbon reduction plans.

"Our priorities for the region remain for both, Northern Powerhouse Rail and a fully electrified Trans-Pennine route to boost our economic growth and to improve the lives of millions of people. We will continue to call for these projects to be delivered as soon as possible.”