The 1980s was a great time for pop music - a lot of the artists from that decade are still performing with their tours selling out and festivals such as the Let's Rock and Rewind Festivals are as popular as ever.

Rather than being stuck in the past these artists are still writing, recording and releasing new songs.

Now some of the biggest British popstars of the 80s will take part in a brand new online weekly series featuring performances and interviews, with an innovative business model that helps touring artists affected by the current lack of live shows generate income.

That Was Then… This Is Now! will arrive next month in a pay per view format hosted Online, allowing for artists to share equally in the revenue. For full details on the broadcast visit www.thisisnow.tv.

The series, consisting of five editions, will be broadcast live at 7pm on Thursday evenings (a nod to the classic Top Of The Pops timeslot), and deliver a modern twist on the quintessential living room comfort watch of popular music television that has been missing from screens for generations.

Each episode of the series will feature multi-artist line-ups consisting of brand new and exclusive live studio performances shot in the highest 5k resolution, with presenters Mike Read and Sky TV’s Hayley Palmer, as well as interviews.

That Was Then... This Is Now! will be broadcast online via pay-per-view live streaming service TicketCo TV. Its full HD quality and crystal-clear sound can be enjoyed by viewers on any device.

That Was Then… This Is Now! was produced independently by Mike Stock, who is best known for his work in the incredible hit-making team Stock, Aitken and Waterman in the 80s and 90s.

Alongside hosting the series, Mike Read joins Mike Stock in an executive role in the show’s creation.

On creating the show in order to support artists who rely every year on touring, Mike Stock said:
“These artists are still making great music and we wish to showcase their classic hits alongside their still exciting new material.

"These are heritage acts who have been largely ignored by the Government and have been cut off from any income this year. We hope to provide some financial assistance as well as giving audiences something of real high quality to enjoy.” 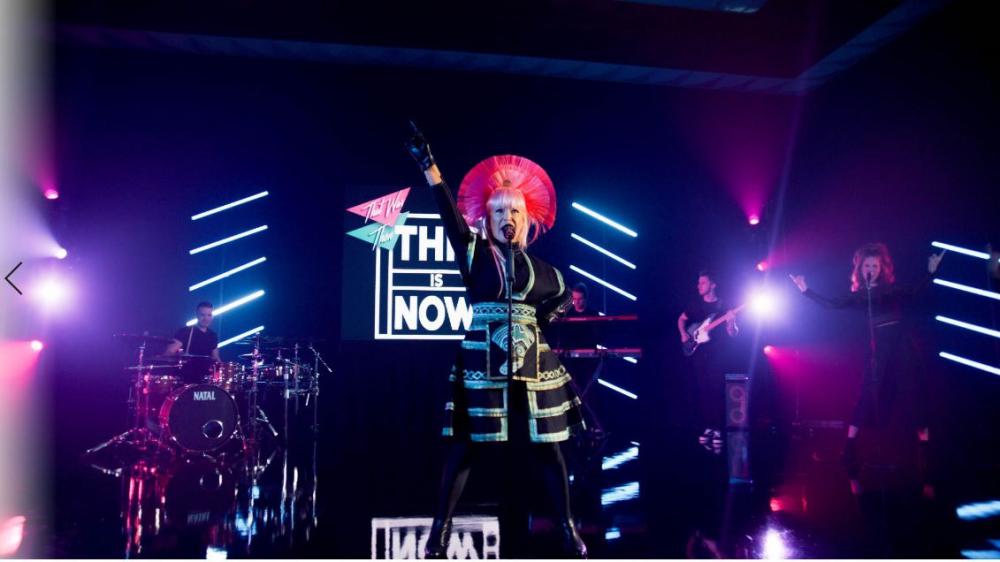 Toyah
The first series of the show will feature artists such as Paul Young, Kim & Marty Wilde, Toyah, Steve Harley, Chesney Hawkes, The Fizz and many more.

On the creation of the show, Mike Read said:
"That Was Then...This Is Now. is putting great heritage singers, musicians and songwriters back in the spotlight through their classic hits and great new music.”

Now, It's not a Mystery anymore why these acts are not on our TV screens as the One and Only That Was Then… This Is Now! has arrived. It's time To Make Your Mind Up not to miss this exciting new show.