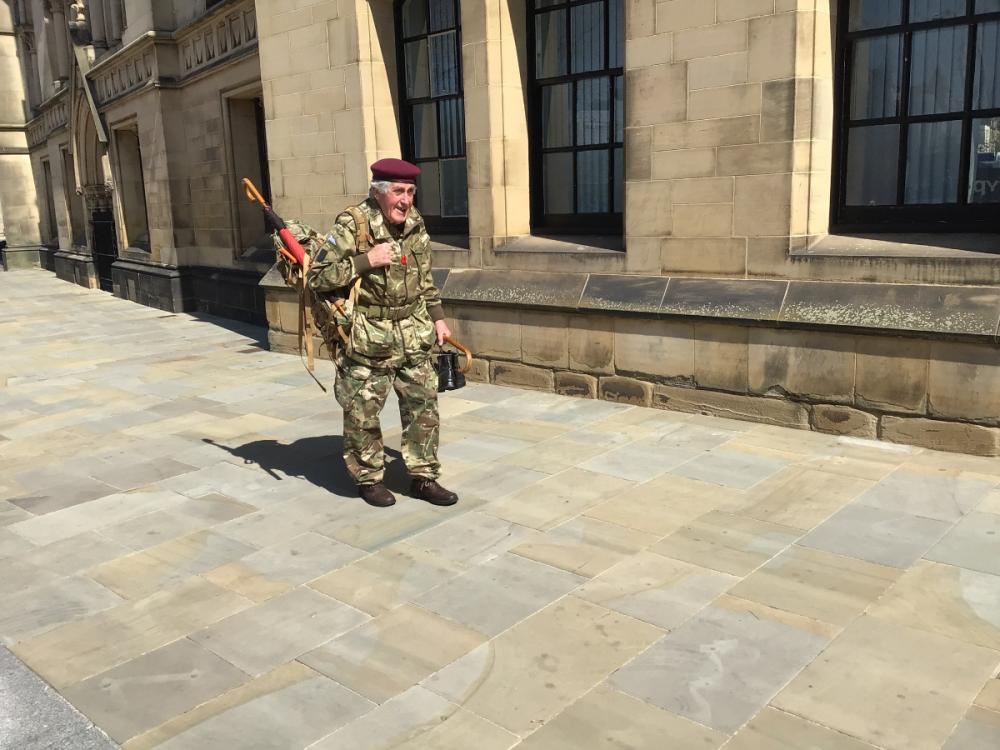 There were many salutes to celebrate the birthday of Queen Elizabeth. Bingley resident Jeffrey Long MBE decided to mark the occasion in his own unique way - by setting off on his next challenge, a 96 mile charity walk in aid of raising funds for the Alzheimer’s Society.

The former paratrooper is battling blood cancer, arthritis and a back injury but is determined to complete the 96 miles - “I will get there even if I have to complete the last few miles on my hands and knees” Jeffrey told our Feature Writer, Graham Clark.

Jeffrey set off from City Hall in Bradford on the Queen’s birthday and the Lord Mayor of Bradford, Shabir Hussain, was there to see Mr Long take his first steps.

“I will get there even if I have to complete the last few miles on my hands and knees”
Having raised more than £300,000 for charities over the past years, Jeffrey intends to complete a series of walks to cover his 96 mile target.

“In my first week I have already walked the first 24 miles and hope to finish the remaining miles in the next few weeks” Jeffrey enthused.

“I chose to raise funds for the Alzheimer’s Society because this is an illness which is affecting more people every year, as the population ages and people live longer - it affects not just the individual but the whole family too” he continued.