A Bountiful Scrooge In York 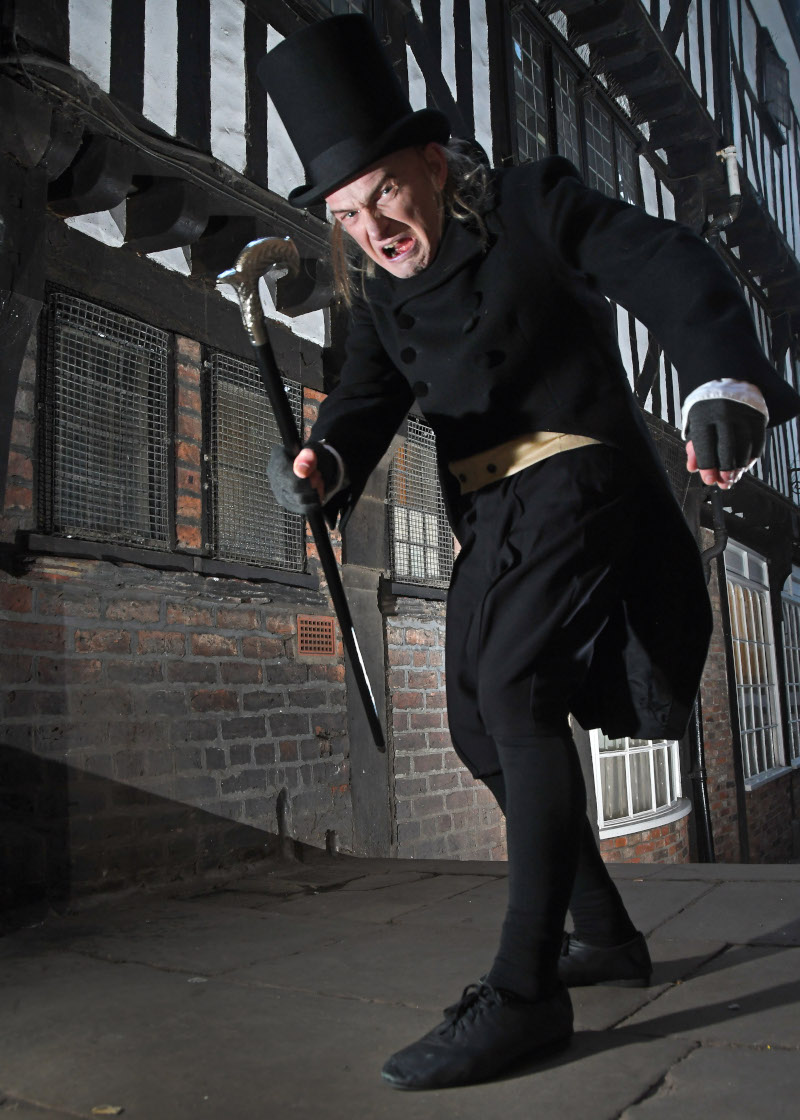 The glad tidings seem to chime forth a little earlier every year, but you would have had to be a Scrooge not warm to the great pleasure to be had in late November, in York, from the Christmas lights playing on the cathedral, silvering the bars (the gates not the drinking dens) and adazzle in the streets. There were carols in the market which had gone all continental, with German bratwurst and Czech pils, Swiss cheese and Belgian chocolate on sale, and a general air of jollification pervaded the theatre where I was given my ticket by a lady sporting reindeer antlers.

Speaking of Scrooge, the first bah and humbug of the season were being uttered at the York Grand Opera House, in one of those glorious pre-panto Christmas shows now a fundamental part of the long and lively approach to the day of days. Man for all seasons with York’s wonderful troupe of thespians, PickMeUp Theatre, Mark Hird, more Alistair Sim than Albert Finney, seemed to be partially reprising his Sweeney Todd Beadle in his masterly take on the title character of Scrooge , The Musical. On stage all night and giving a towering performance, he is to the very life the man at the heart of everything who, so it seems, has everything but a heart. 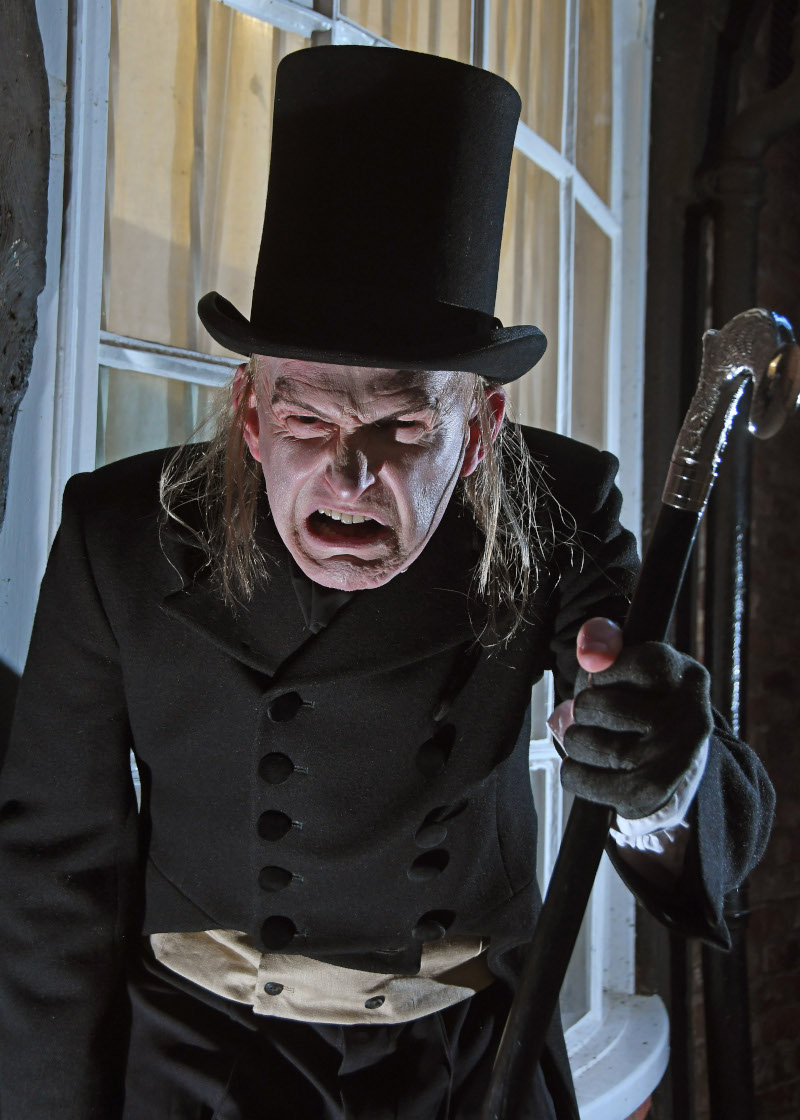 Leslie Bricusses’s acclaimed musical, around a long time, fifty years in fact, has now happily become an essential component of the Scrooge legend. Charles Dickens, currently being credited as ‘the man who invented Christmas’ with his 1843 novella A Christmas Carol, probably never dreamed that his character would give a word to the archetypal Christmas killjoy and fun-hater, the miserly misanthrope, whom we love to hate and whose conversion to sweetness and light and generosity we celebrate as a secular embodiment of the spirit of Christmas.

One of the great benefits and boons of am dram, never more so than in these austere times, is the ability of local troupes in sheer scale and numbers to blow the professionals, on tight budgets, out of the water. On stage was a vast assemblage of highly accomplished and beautifully costumed actors of all shapes, sizes and ages, creating a veritable tableau vivant of Victorian England and bringing to life Dickens’s great galaxy of characters, the names almost become bywords: Bob Crachit (Alan Park), the ghosts of Jacob Marley (Tony Froud), Christmas Past (Olivia Caley) and Present (Rory Mulvihill), Mr. Fezziwig (James Coldrick) and, least but not least, Tiny Tim (Sonny Love) – and about thirty others, plus members of the ensemble.


Also by Andrew Liddle...
Flying Herbert On The Cleveland WayKing Neptune's Baptism Of FireWhy I Didn’t ClapThe Pub ReopensBeer Of The Week: Selby Blonde From Jolly Sailor
They were individually and collectively in exuberant voice, raising the roof with some robust tunes, memorably Scrooge’s A Better Life, I Hate People and It’s Not My Fault. Directed by Robert Readman, as ever alive to the dramatic moment, the opportunity to create spectacle, always on the look out to nuance and texture score and words, has once again come up trumps with a big winter show - with sterling choreographic help from Iain Harvey and some sensational special effects by Adam Moore, the lighting director.

It’s quite obvious looking on as an outsider how much time and effort and love have gone into this and how it is essentially the collective work of a huge ensemble. So many in the audience seemed to have a special connection with the actors and, judging by their comments, to have had some input into the production. This is not so much a company as a community.

It’s a corny comment, I know, but a truism nevertheless: PickMeUp are a real tonic.

Scrooge, the Musical is at Grand Opera House, York, from 26th November to 1st December