A Dream Of Suffocation: 100 Poems To Save The Earth

There are many mantras in Seren’s new anthology of ecologically concerned poems, and it is a shame that radical change and recovery cannot be effected by the simple reinforcement of creative solutions through repetition. For here, in concise and refined form, we might find a teleology of celebration expressed in a form of biblical chant (‘A New Song’, Michael Symmons Roberts), or hope borne out of the absolute ordinary in Grahame Davies’ understated ‘Prayer’ – a hymn to the silent workings of invisible hands that move us ‘slowly closer to the light’.

Davies’ sense of purpose is embattled in the wider sphere of catastrophic climate change. That his hope is conditional on an invocation is one measure of how little we are prepared to invest in the kinds of constructive thinking that might offer some breathing space. But his faith in the integrity of ‘honesty and truth’, and in the achievement of quiet miracles, reminds, tangentially, of the little grey, toothless men in suits who transformed the Britain of 1945 into a society of serviceable decency.

Alice Oswald’s profoundly pained ‘Seabird’s Blessing’ clears the field of anthropocentric hubris: the studied murmurings of birds, in a landscape frighteningly denuded of locators, are wrought as liturgical pleas whose meaning is both desperate, and desperately ironic:

But anything is possible, even in the most aridly unprepossessing of circumstances, as Erin Robinsong’s orison to the mutating of the leopard’s spots devoutly desires. Her witty perambulation through the hinterland of unlikelihood reverses Dante’s Contrapasso by wishing enlightenment on those – the oligarchs and the politicians – who move and shake, and liberation on the moved and the shaken:

‘May our actions be deft as the inhale after a dream of suffocation.’ (‘Late Prayer’)

One of the many wonderful things about Zoë Brigley and Kristian Evans’ curation of 100 Poems to Save the Earth is the angle of approach, which is both unconventional and generous: half expecting a division into sections, I was pleasantly surprised to discover general themes arising in vague, suggestive tranches. For there is a concealed sense of order here, as though underwriting the needfulness of unity and cooperation in the interests of lasting resolution. And to this degree, at least, the collection as a whole may act to ‘legislate’ for truth when the received and commonplace aspect is of a tent marked ‘Poetry’ tucked away in one corner of the literary field. 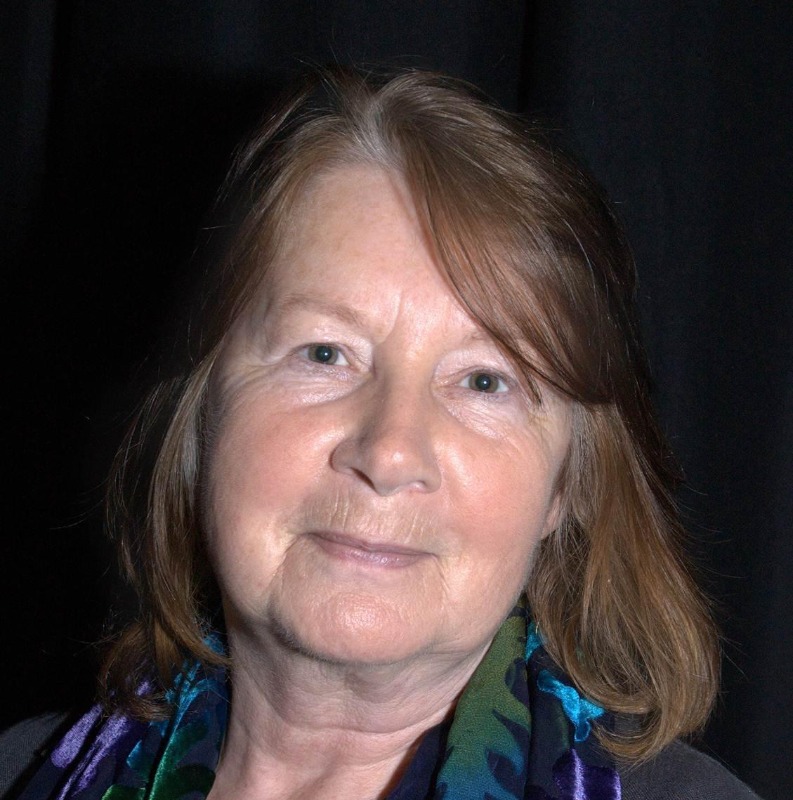 Medbh McGuckian
The uniformly high quality of the work here ensures that poetry is anything but marginal to the expedient of survival. From ‘Prayer’ to ‘Flood’, to the natural world going about its business, to the terrible counterpoint of ‘Extinction’, the turn of mind, if not the commitment, is frequently religiose in character. And it is good to see a revivification of a canonical poetics hither and thither interspersed amongst a phenomenally able representation of current writers. Not least Wendell Berry, whose seminal ‘The Peace of Wild Things’ gets a deserved reprise here, and looks increasingly relevant in the present crisis, as great poems should.

Good, too, to see a loose arrangement of more formal poems at the heart of this compelling anthology, whose presence gives body and structure to what amounts to an existential plea. Medbh McGuckian’s richly metaphorical mapping of the body politic in ‘The Colony Room’ is a tactile conflation of human, natural and cultural nuances where points of conjunction are ‘watered’ like thirsty roots by soft rhythms, rhymes and half-rhymes. And John Kinsella, whose metre and lineation in ‘Penillion of Cormorants in Polluted Rivers’ is as thin and withered as a bird’s leg, and as drained of life as a diesel-clogged waterway. Traditionally sung at Eisteddfod, a Penillion, or series of improvised verses performed to the accompaniment of a harp, is rendered deliberately stagnant, in a mire of alliterative entropy:

It takes an insightful leap of the imagination to re-interpret the bewildered condition of an animal species imperilled by manmade climatic phenomena, and when artfully construed, the process transfigures perception by the subtle re-calibration of our empathic senses. A neat corollary to Alice Oswald’s poem, Leo Boix’s livid images of an Icarean goldfinch flying towards an all-consuming fire, its voice and vibrancy consumed in the flames, harbour a symbolism every bit as visceral as Louis MacNeice’s in ‘Brother Fire’, yet as profoundly current as news images of koalas incinerated in Australian bush fires. If Boix, like MacNeice, can trace purgatorial beauty in conflagration, a quite other message is implied in ‘the giant ball’ that ‘glows a bright red, maroon, resplendent, / blowing shards, magenta’. (‘Goldfinch Comes to Tell Us There’s a Fire at the End of Our Garden, He’). 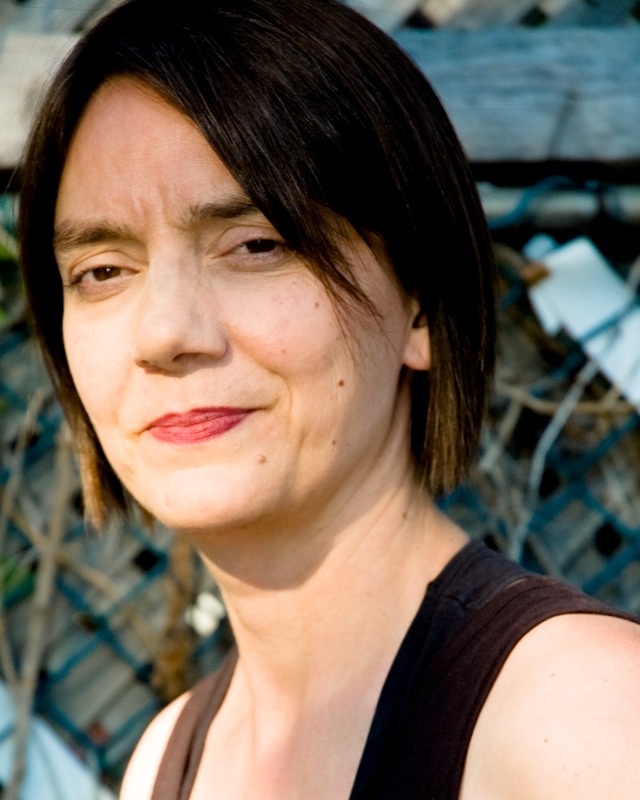 Sina Queyras
This book is eloquent precisely because it is so thematically and tonally diverse: that the Doomsday Clock’s grim setting – presently 100 seconds to midnight - is a cool scientific calculation of the world’s potential for catastrophe taken in the depressing round and covering every conceivable denouement, underwrites poetry’s moral obligation to consider the spectres of war, famine and migration as parallel, indivisibly interwoven problems. Abeer Ameer’s haunting diptych, ‘the Storyteller’, explores a region beyond pain where the meaning of the war-torn present is extruded through fable for the children of a Najaf classroom. The crushing verisimilitude of Art and Life melt into the empty space where a child no longer thrives, and story and reality enjoin a perverse unity in one hopeless epithet – ‘When you cling to a thing you love it dies’. The dark intrusion of suggestion into innocent lives is echoed in Fiona Benson’s harrowing prose-poem, ‘Eurofighter Typhoon’ where the sudden shock of a jet’s ‘metallic, grinding scream’ poleaxes a child in terror, and yields for the narrator/mother, the terrible realisation of existence for so many besieged others: ‘It’s never all right now’, she despairs, ‘Christ have mercy’.

Desperate prayer will not mollify the gods of war; Mir Mahfuz Ali’s harrowing, close-range depiction of ‘Mig-21 Raids at Shegontola’ is rendered with the open-eyed authenticity of the witness, and with acute attention to the fine detail of a missile attack. Reaping the wild wind in a vortex of metaphor, the poet’s deft touch - ‘The whirling smoke packed / with bricks and cement, / chicken feathers and nigella seeds’ – makes of the typhoon of destruction a savage irony, as the boy caught in the maelstrom ‘finds himself dressed / like an apprentice baker’.


Also by Steve Whitaker...
Poem Of The Week: 'Sonnet 29' By William ShakespeareReview: Ings Strings At Art In The Dale, Kirkby MalhamPoem Of The Week: 'This train has left the city ...' by Paul HenryAlbum Review: Staring At The Sun: Talking About X By JARRPoem Of The Week: 'Giorno Dei Morti' By D. H. Lawrence (1885-1930)
The shaping of the world into a sterile mess, by missile, radiation or overheating, focuses the poetic mind into apoplexies of dark reflection. Starkly visual rejoinders disturb the root as effectively as an exposed nerve: close observation of the breakdown of the natural order acts as a warning by default so that some of the most striking poems, here, acquire gravitas on the strength of prognostic suggestion. Sina Queyras’ brilliant, dystopian ‘Endless Inter-States: 1’ subverts perception in a shady underworld supervised by watchmen with machine guns, where the collective grip on old realities is loosening and ‘seasons / Vaguely reminiscent of seasons’ just about obtain. And Tamar Yoseloff’s couplets in ‘Knotweed’ embody a relentlessly destructive power whose subject is an efficient metaphor for the silent undermining of humanity’s earthly leasehold. The stubbornness of the root that brings down houses carries no calling card save for an energy as inexorable as Thomas’ ‘green fuse’: ‘Fleeceflower, the fleet hour of inflorescence / bursts, you drape your skirts // over the earth’.

Maybe there is hope in the invigorating authority of words. If we were to identify one poem in this beautiful, brilliant, desperately sad collection, that encapsulates the most pressing concerns of an age, it might be Gillian Clarke’s exploration of the blending of myth and reality, of time and tide, and of a delicate landscape in uncontrolled overdrive. ‘Cantre’r Gwaelod’ is an elegy for a land in turmoil, conceived in achingly refulgent images embellished in the credulous and innocent glow of the ancient past, yet tarnished by the expedients of a neglectful present. Clarke’s final sestet is a clear-eyed and concise denunciation of an indifferent age:

‘for Earth’s intricate engineering, unpicked
like the flesh, sinews, bones of the mother duck
crushed on the motorway, her young
bewildered in a blizzard of feathers;
the balance of things undone by money,
the indifferent hunger of the sea’.

100 Poems to Save the Earth , Edited by Zoë Brigley and Kristian Evans, is published by Seren.