A John Smith’s Stronghold In The Dales

Now here is something of a surprise. In a tranquil Yorkshire village, West Burton, deep in the heart of the Dales, about six miles south-west of Leyburn, there is a well-run pub, The Fox & Hounds Inn, where you might imagine the locals would drink a Dales' ale. There are many fine ones around, craft beers and real ales. 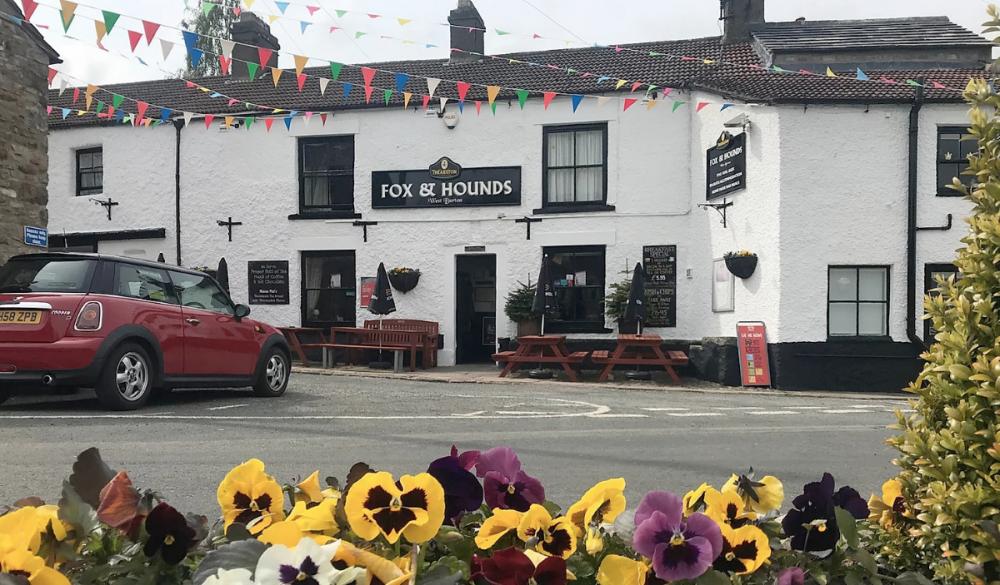 Actually, they drink John Smith’s mass-produced ale, insist on John Smith’s ale and smile while they’re about it.

It's a grand old pub with a stone fireplace and beams very much in traditional character with what you would expect to find in the Dales – in all but this one respect. Andy Landau, who has been the landlord here for the last seventeen years, knows what his regulars want and is only too happy to supply it. They want John Smith’s. He thinks he might be one of the last pubs in the Dales where you can get it.

‘Local farmers have always drunk it in my time here,’ he says by way of explanation , ‘and long before that.’

As tactfully as I can I suggest an element of surprise and puzzlement.

‘They love it’, he says, ‘you see they’ve got a taste for it. That’s what they’ve always supped going back generations.’ There is a momentary pause. ‘You could say we’re stuck in a bit of a time warp.’

I point out that Theakston’s is on the inn’s sign. ‘Yes we sell theirs as well to visitors. They’re a very generous company helping us with the signage and lending us a mobile bar when we need it.’


Also by Andrew Liddle...
Beer Of The Week: Hambleton Brewery’s Beautiful NightmareWednesdays’s Wallop: Cragg Bitter From Little MoorBlack Dub Brewed In WensleydaleBellyrub Reopens For Craft Beer In ScarboroughWednesday’s Wallop: Ilkley Brewery’s Mary Jane
Speaking of signage there’s a very interesting notice in the passage advertising free watering for horses. ‘Oh that’s been there years,’ Andy chortles, ‘I told you we were stuck in a timewarp.’

He goes on to explain that ordinarily, before being closed down on March 20th, he would have four hand-pulled beers, Theakston’s, Black Sheep, John Smith’s and a guest beer. ‘So you sell both Masham breweries beers?’ I say in surprise, since in my experience it’s generally on or the other.

‘Have to,’ he says quickly, ‘people coming up from the south expect to find it. If you don’t have Back Sheep they want to know why.’ He laughs in anticipation. ‘They expect to find Wensleydale cheese, flat caps and whippets!’

I know West Burton best from the days when I used to walk here from Aysgarth and see two magnificent waterfalls in a day, the famous Falls at Aysgarth and the less well-known Cauldron Falls, that J.M. W. Turner painted in 1816, just at the end of a quiet lane two minutes from the village.

Probably because there is no road directly through it, West Burton, in the tiny Bishopdale, an offshoot of Wensleydale, is not as well known as it undoubtedly ought to be. The village green must be one of the longest, broadest and prettiest in England and right in the middle of it, virtually opposite the pub, is an unusual weather vane which serves as the the village cross. Actually it’s more in the shape of a giant witch’s hat.

It was here that farmers used to bring their livestock for sale. I have a mental picture of them slaking their thirst, easing their negotiations, drinking John Smith’s, best of beers in their opinion.