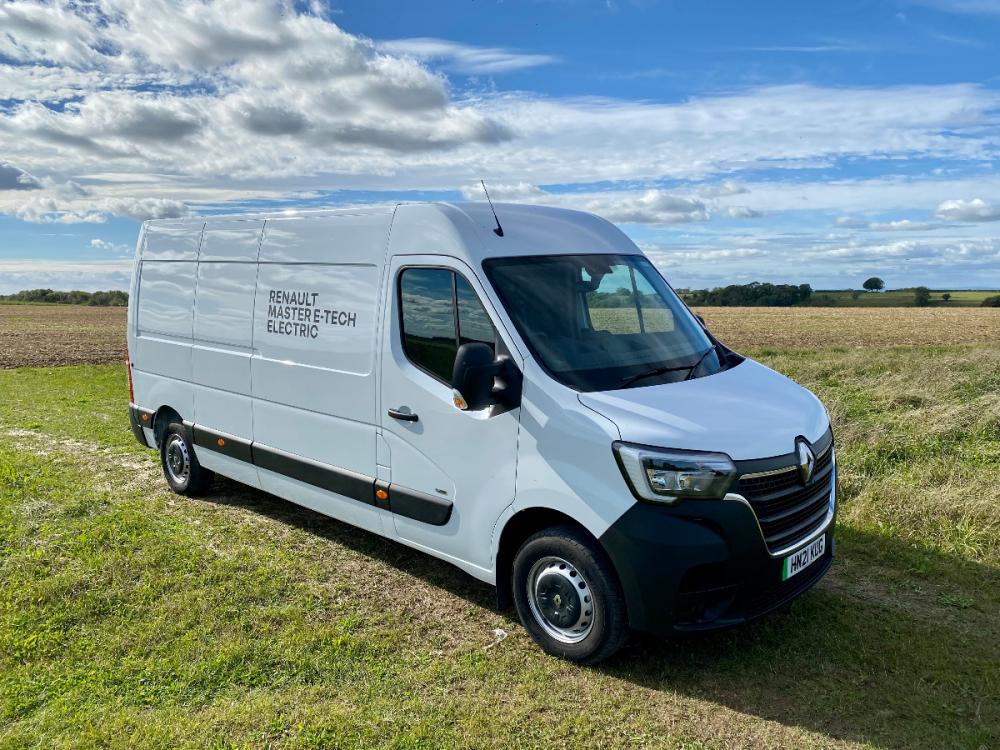 I have been driving vans most of my adult life and am in fact the proud owner of an elderly panel van. It has not been a paragon of reliability and is probably past its use by date.

Although far more refined than vans of old, my elderly load lugger is not the quietest, with wind and road noise competing with the drone of the turbo-diesel engine, now past its prime. It is however frugal and with a large diesel tank can travel over 700 miles between fills.

However, my van is increasingly unwelcome in many urban areas as councils look to improve air quality. Most are aware of Mayor Khan’s endeavours in London, but many other cities are looking to penalise the diesel engine van.

So, what can be done? Electric propulsion is the answer and at a recent Renault drive day I got the chance to sample their mean, green, parcel-carrying Master machine! 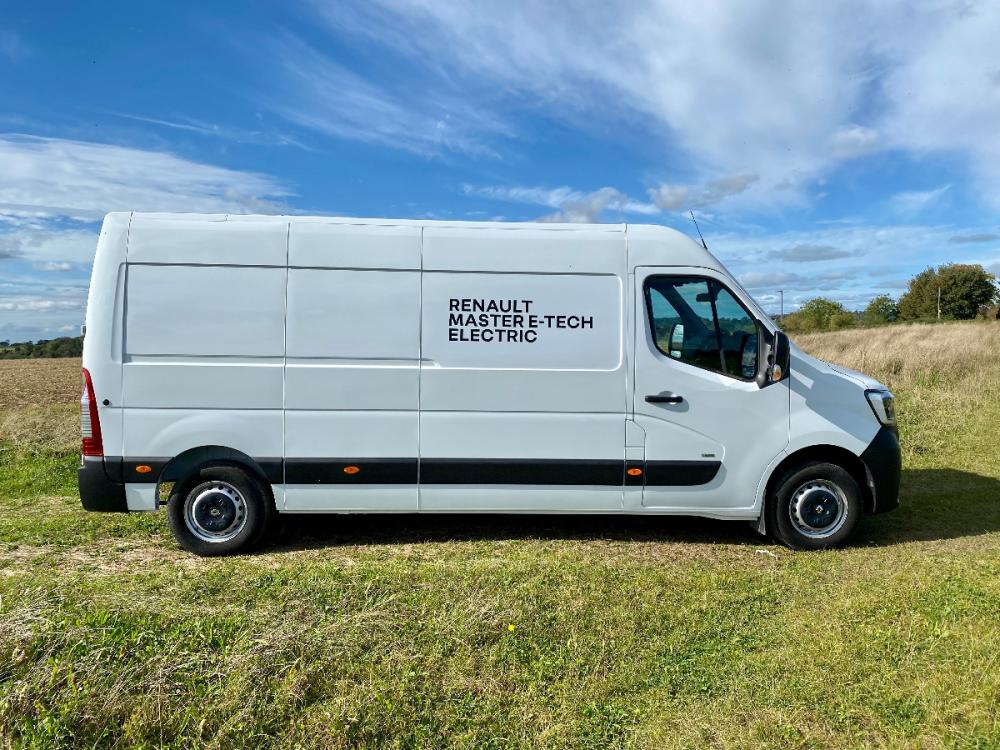 From the outside there is little to differentiate the Master E-Tech from its combustion engine siblings. Power comes from Renault’s R75 electric motor, which is also used in the ZOE. The 33kWh battery is also lifted from that car too.

Both are mounted where the Master’s diesel engine and gearbox are normally sited, so there is no compromise to the van’s load space.

The maximum range quoted by Renault is 124 miles, but this will vary they say depending on the time of year. In winter just 50 to 80 miles is more likely.

In order to eke out the modest range, an Eco mode limits the top speed to around 50mph and makes the acceleration a tad more leisurely. 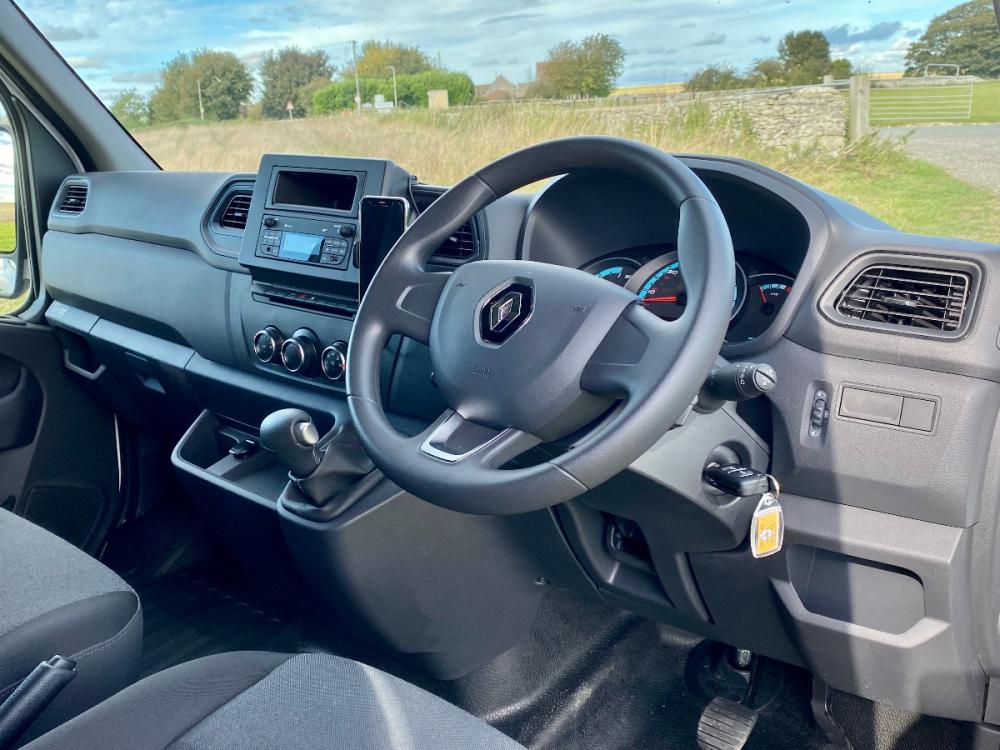 Charging is best done with a wallbox with around six hours enough to top up the battery fully. An ordinary socket can be used, but then expect to wait sixteen hours plus.

Driving the Master E-Tech is simplicity itself. Turn the key, release the handbrake, engage drive by means of the stubby gear selector and you’re off. The lack of engine noise is rather lovely, but once up to speed, a lack of sound deadening means that wind and road noise do intrude and there is that usual empty van rattle.

Clearly this electric van is likely to spend its life in the confines of the city, perhaps charged with ‘last mile’ deliveries or suchlike and the lack of a clutch pedal will undoubtedly be a boon. Brisk acceleration should help when weaving in and out of traffic too. 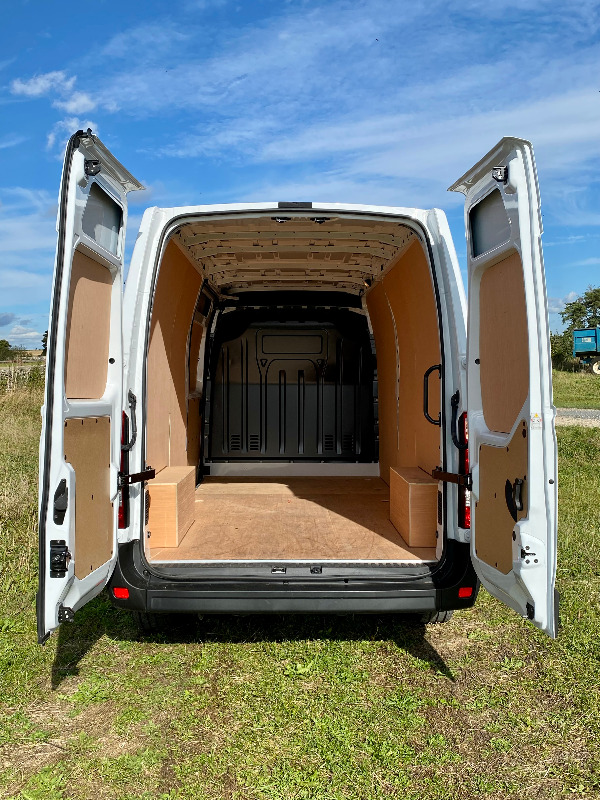 The Master’s cab is reasonably comfortable and the driving position suitably commanding. Sadly, the steering wheel only adjusts for rake and not reach which is a shame. The driver’s seat has height and lumbar adjustment and an armrest on the left for comfort.

Electric windows and heated electric door mirrors round off what is a rather basic specification. Everything that you need but no more. There is a preheating function for the cab which is likely to be appreciated on colder mornings.

The only option fitted to the test vehicle was a rear parking sensor and reversing camera. The £660 (exc VAT) will be money well spent, though the camera display appears in just part of the interior mirror. It is a tad on the small side, especially when passenger cars generally use a large central display screen.

Vans come in all shapes and sizes and the Master can be specified in short, medium and long-wheelbase form, as well as a choice of three roof heights too. There will be one to suit most tasks.

All this electric van loveliness does not come cheap, with a heady £68,160 needed to buy the van I sampled, oh and don’t forget the VAT on top. In reality this figure is unlikely to matter much, as vans are usually leased. Prices from £608 per month according to Renault’s website, but I am sure there are deals to be done. 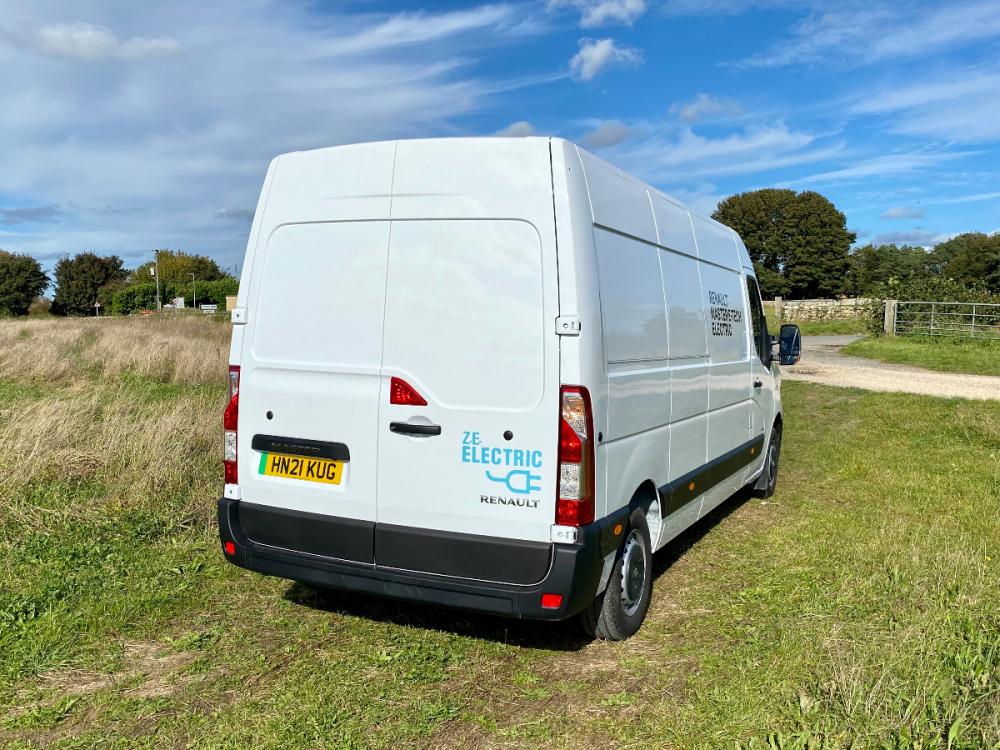 All in all, my drive of the electric Master van was an interesting one. It clearly won’t be a common site pounding our motorways, but instead they are likely to become an increasingly common sight on our city streets.

Watch out for them as they quietly go about their business. You certainly won’t hear them coming…