A Peace Of Northern Ireland You Will Never Forget 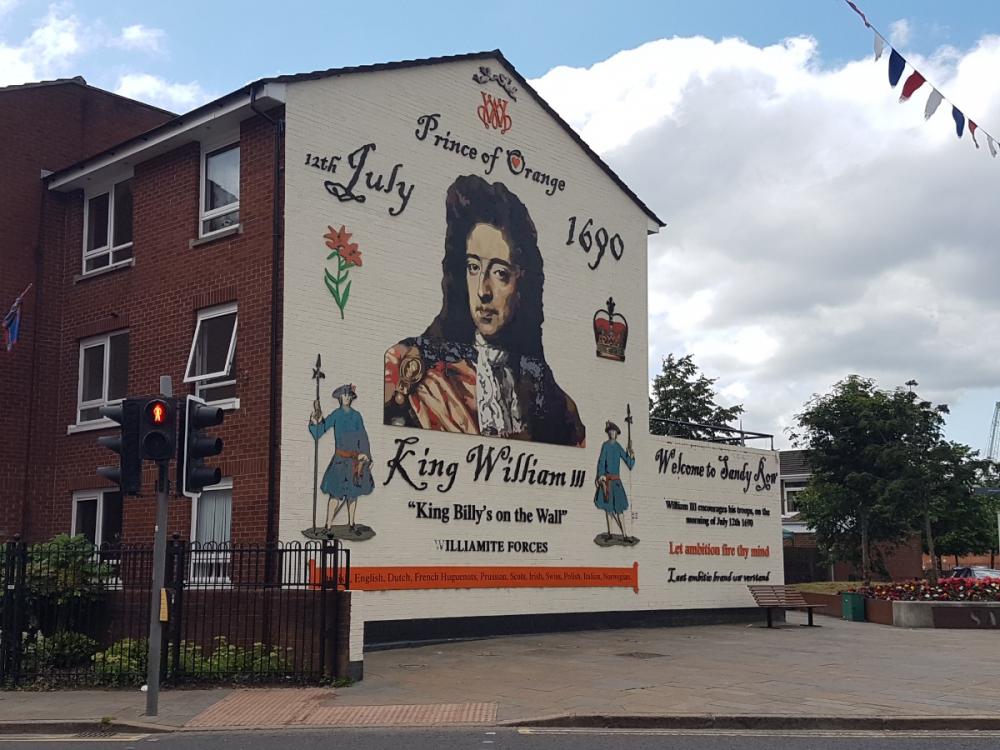 In a land riven by historic conflict, Northern Ireland may still be at the forefront of the continuing battle for peace, but if there’s one survivor from The Troubles of the 70’s it is the Province’s indomitable sense of humour: ‘trespassers will be composted’ reads a garden sign in one of Belfast’s loyalist areas!

It is subtle enough to be taken seriously and yet those four words speak volumes in explaining how far this city has come since the Good Friday Agreement of 1998: these days it is a place of relative calm compared to the turmoil of almost half a century ago, when demarcation lines were more certain and, no doubt, signs more direct!

To my shame, it is the first time I had visited the country but what positive lasting memories it has left me with. Somewhat ironically, two tragedies proved to be to my advantage: the sinking of the Titanic and the euphemistic ‘Troubles’, both of which are now at the heart of Belfast’s burgeoning tourist trade. 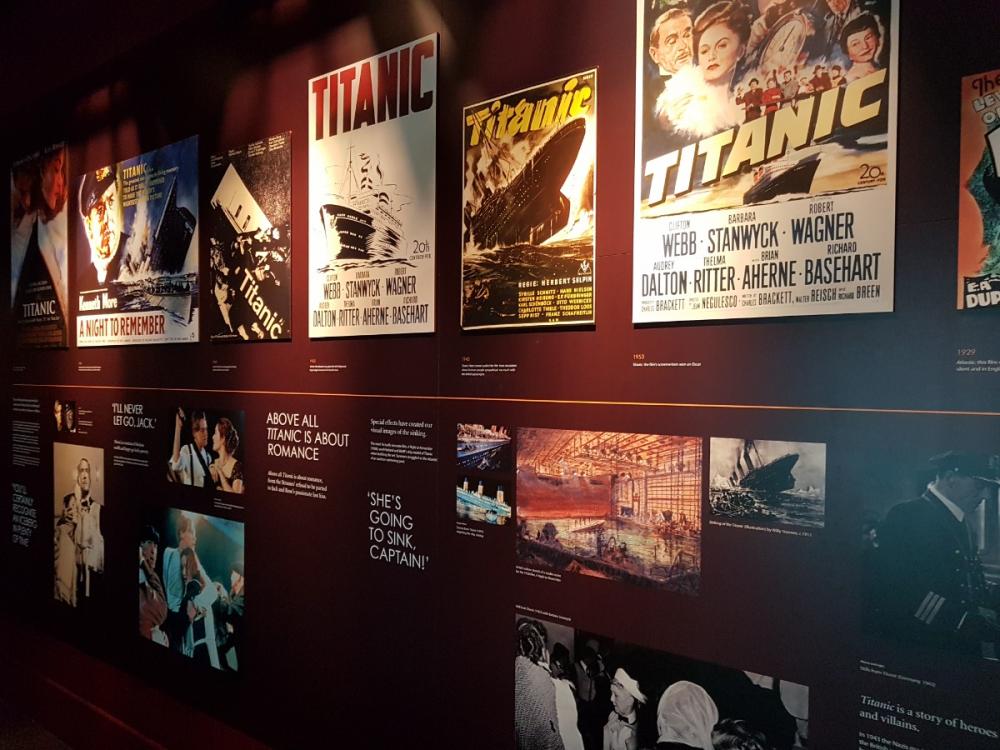 Departing Liverpool on Stenaline’s overnight ferry to Belfast, we parked our car on Deck 7, taking care to demobilise the alarm, before decamping to our cabin and then into the luxurious Stena Plus lounge… 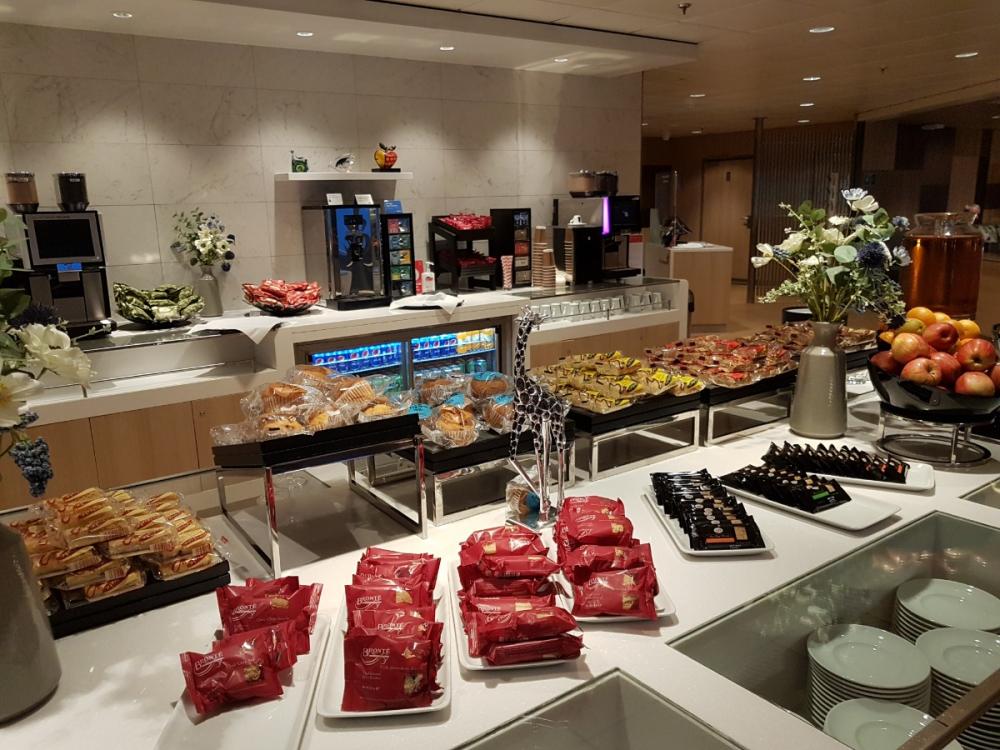 ….where there were copious amounts of complimentary food, drink and snacks.

The eight-hour journey was as smooth as glass and the cabin allowed us to get a good night’s sleep ahead of a ‘crack-of-dawn’ 7am check in at the Ten Square Hotel in Donegall Square South. 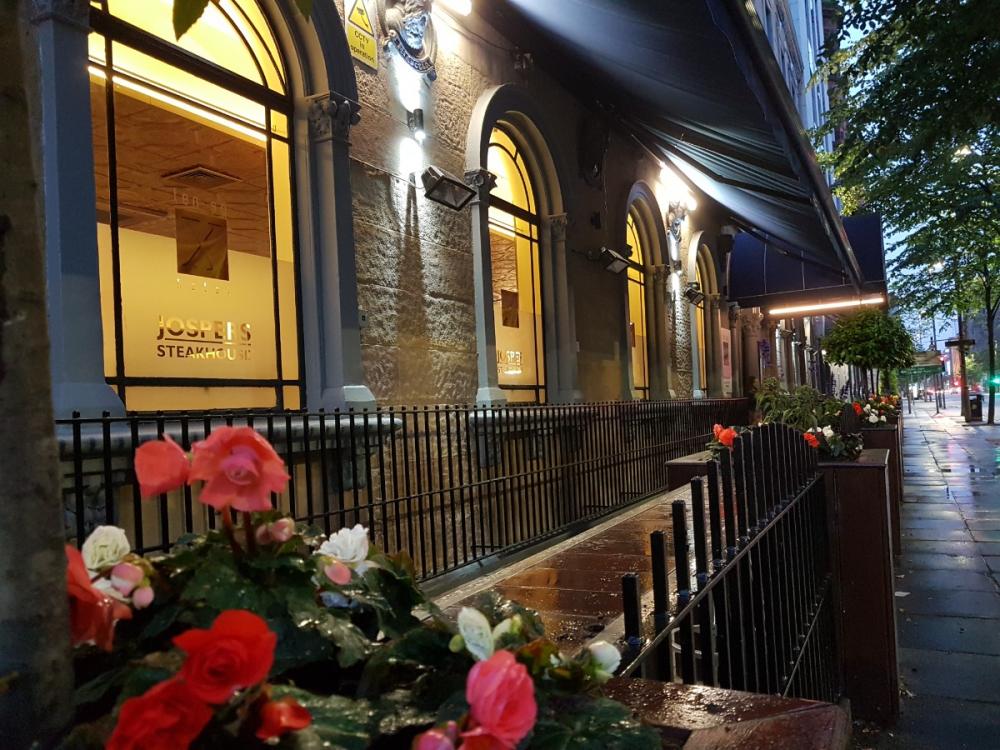 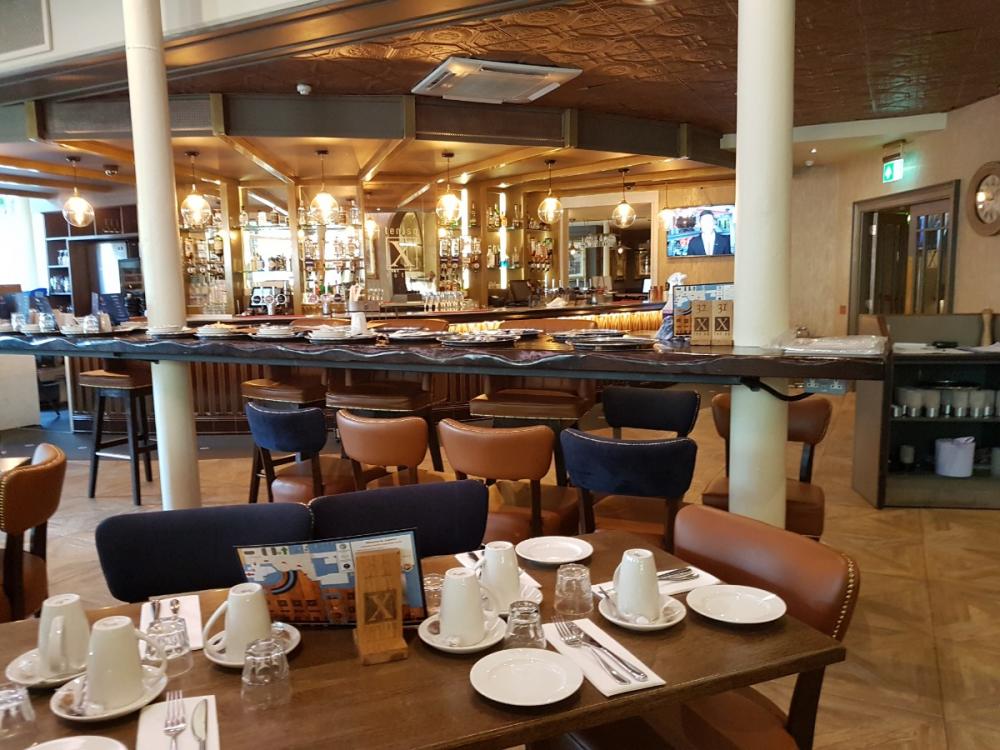 Barely unpacked but breakfasted and ready for off, the instructions to my Filipino wife were simple: “Do not talk about religion or politics in this city.”

Where did I start? The extent of her knowledge of Northern Ireland was that it formed a key backdrop to the Netflix show, Game of Thrones.

“It’ll take too long to explain, just don’t mention either subject,” I reaffirmed, “you’ll see soon enough.”Michael, our Black Cab Tour driver had, to quote my mother, clearly ‘swallowed the Encyclopaedia Britannica’ such was his historic and political knowledge of Belfast!

“There used to be a peace wall in a park and when it first went up the protestants got the duck pond and the Catholics the swings!” he quipped.

It was the start of a prolonged period of one-sided banter that lasted a couple of hours and, in between the gags, there was little chance of absorbing even 10% of his vast knowledge of the area: “That’s Queen’s University,” he pointed, “it opened in 1849 and the first female to graduate was CS Lewis’ mother.“Did you know that Errol Flynn’s father was head of anthropology there and that Led Zeppelin first played Stairway to Heaven in Ulster Hall?” The facts kept coming!

Then it was the turn of the Moravians. “Can you believe that they came to Belfast in the 18th Century from Czechoslovakia fleeing persecution? They must have been nuts!” The jaw dropping political murals came thick and fast. 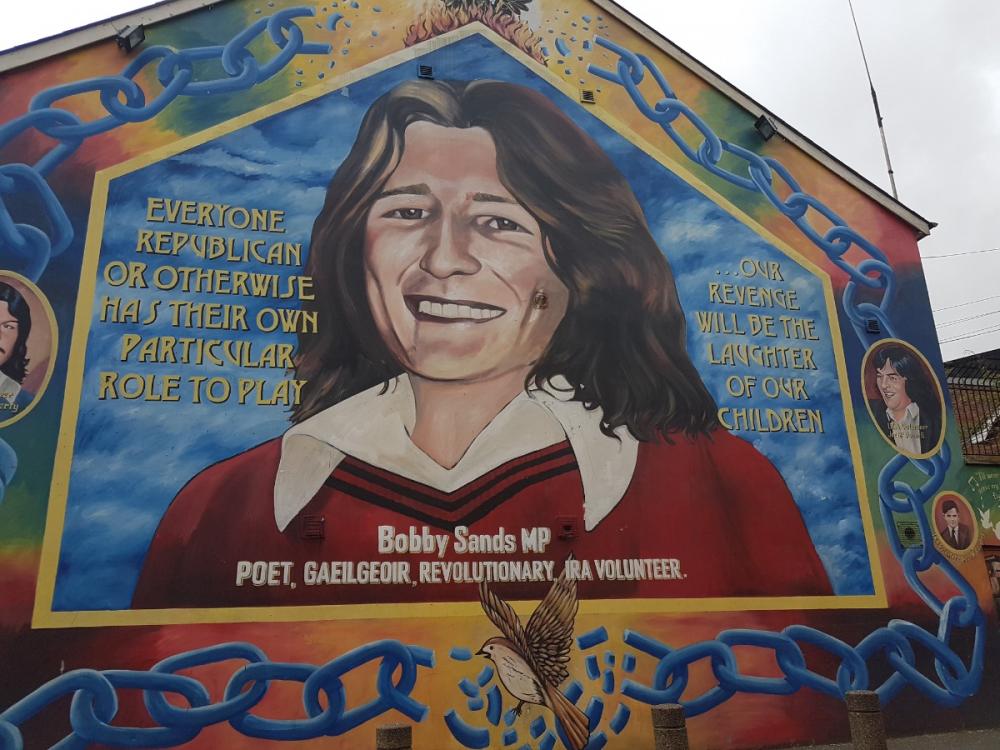 Eventually we passed the Sunflower Pub in Union Street. 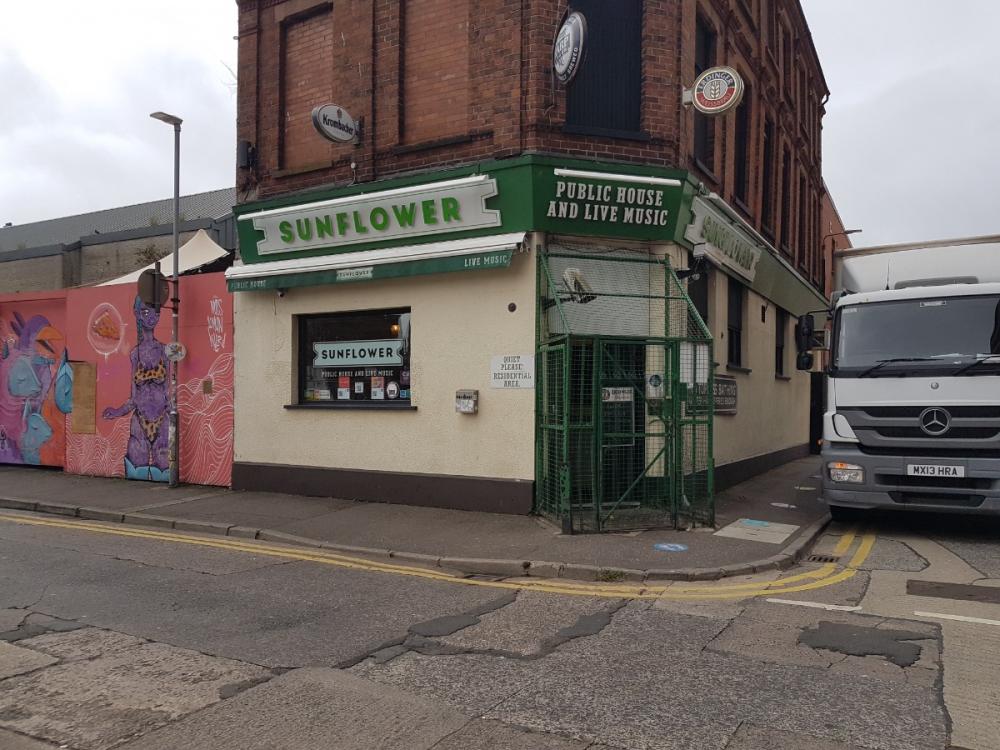 Scene of bombings during The Troubles
Another sign: ‘No topless bathing, Ulster has suffered enough!” The city’s sense of humour was, thankfully, still intact.

“Three people were shot dead there in 1988 (pause). Personally, I wouldn’t have been seen dead in the place” said Michael; his one liners had been impeccably rehearsed and he delivered them like a true professional!Belfast is divided into eight ‘quarters’: the City Centre; Cathedral Quarter; Linen Quarter; Titanic Quarter; Queen’s Quarter; Gaeltacht Quarter; East Side and The Shankhill.

However, as you might imagine, the first four tend to attract much of the tourist spend, particularly the Titanic Quarter which, as well as being steeped in memories of a bygone era, is now a fun and energetic urban waterfront with the iconic Titanic Belfast visitor attraction at its heart. 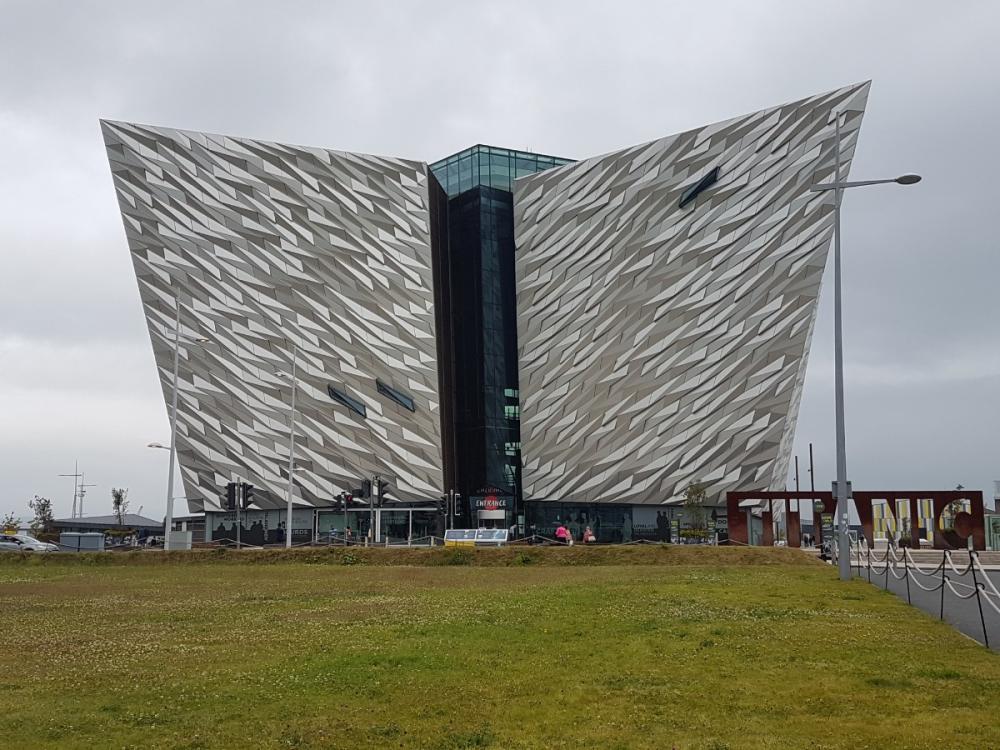 Michael was in the final throes of his last gag as he dropped us off at the neighbouring Titanic Hotel Belfast. 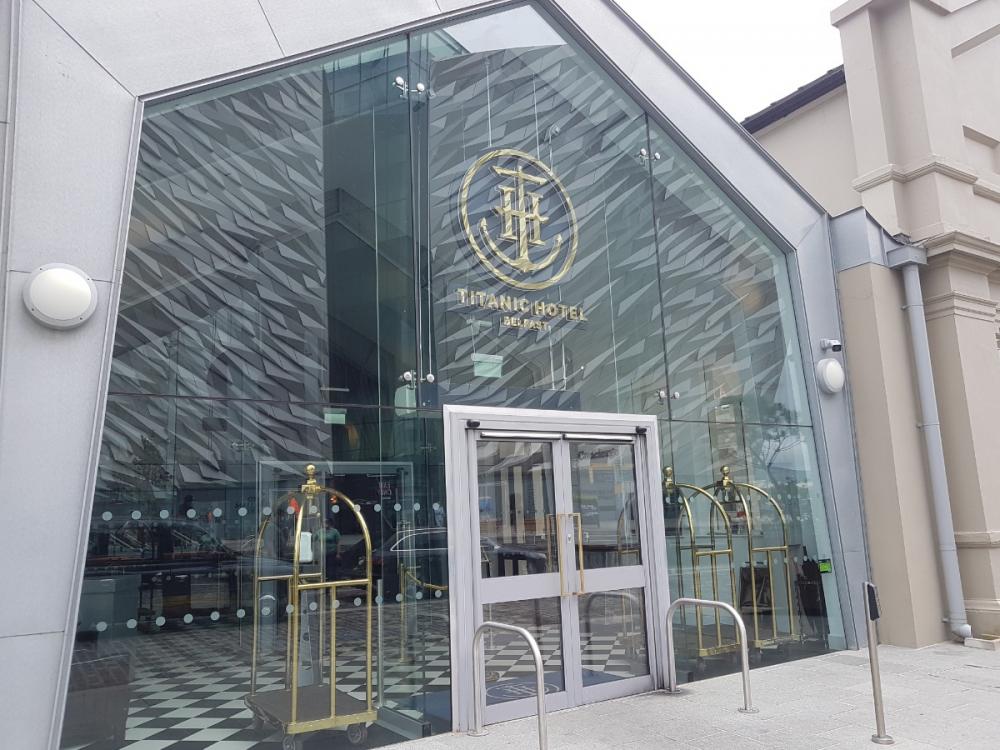 “We still have the IRA but these days there’s also the New IRA, the Dissident IRA and the latest addition is the Buy One Get One Free IRA,” he laughed, adding as he got into his cab to depart, “but for God’s sake don’t quote me. If you do don’t mention my real name!” and then he was gone quicker than a Rocket Propelled Grenade!

The Titanic Hotel Belfast was once home to Harland and Wolff’s drawing offices where naval architects, marine engineers and draftsmen laboured to design the ill-fated liner. These days it is the perfect place for a splendid, atmospheric lunch! 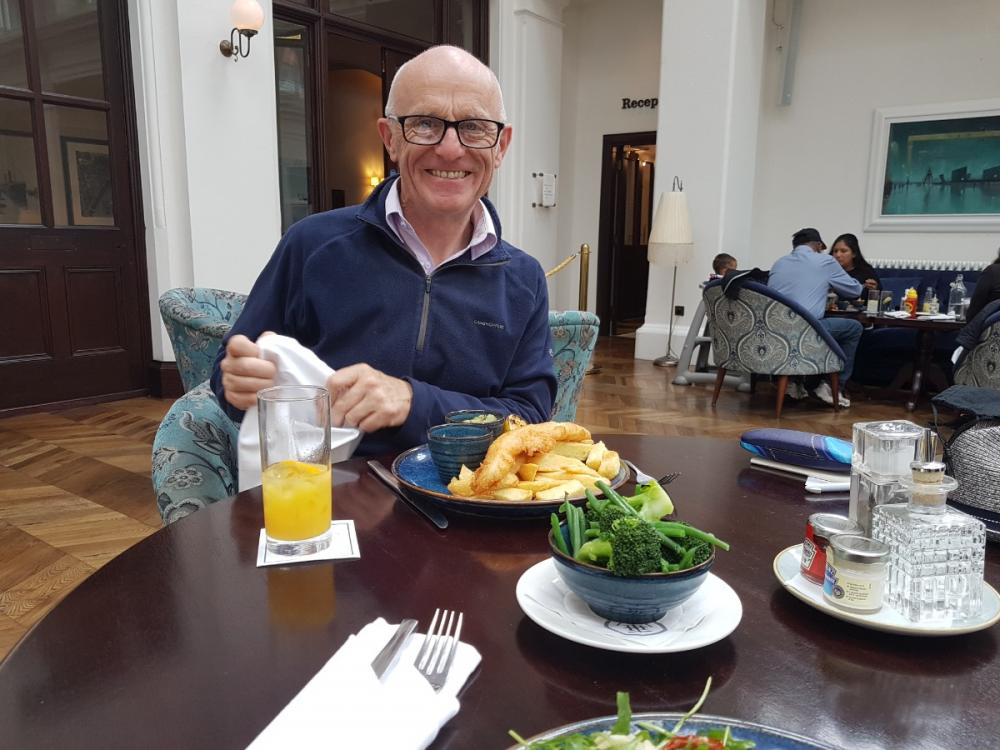 A busman's holiday for fish & chips conniosseur Hopkins!
With sustenance aplenty we were more than prepared for our three-hour tour of the amazing Titanic Belfast, which is just across from the hotel beside the Titanic Slipways and the Hamilton Graving Dock. 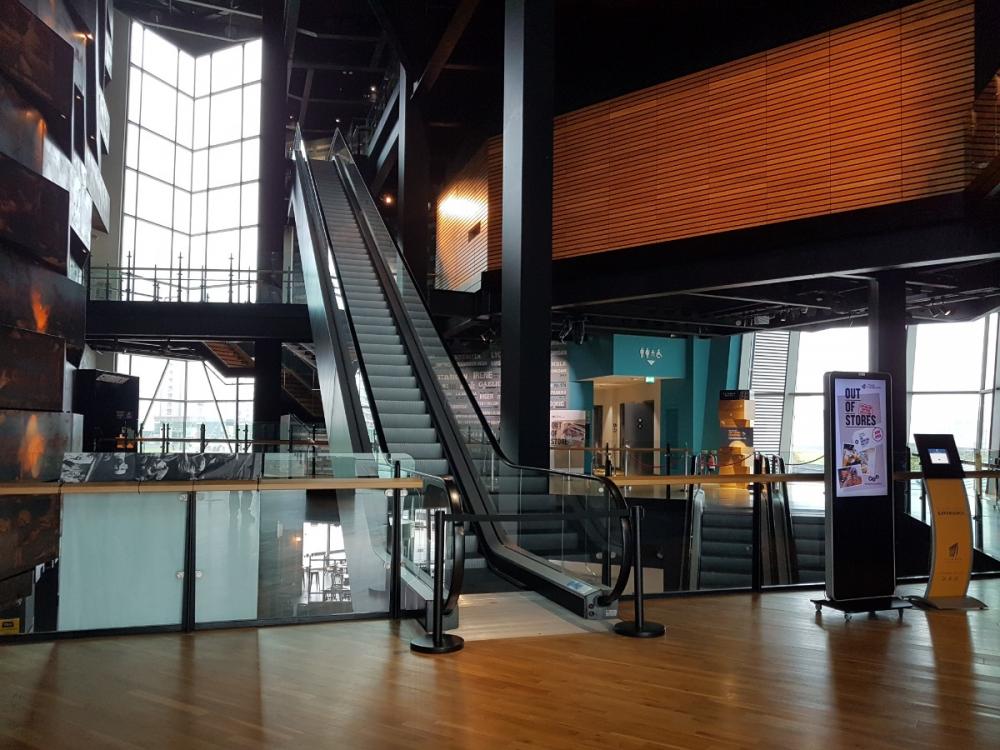 It tells the story of the ship’s conception, through her construction, launch and to her maiden voyage and subsequent place in history.Belfast was once nicknamed ‘Linenopolis’ as it was the world leader in the production of linen in the 19th Century and, even now…. 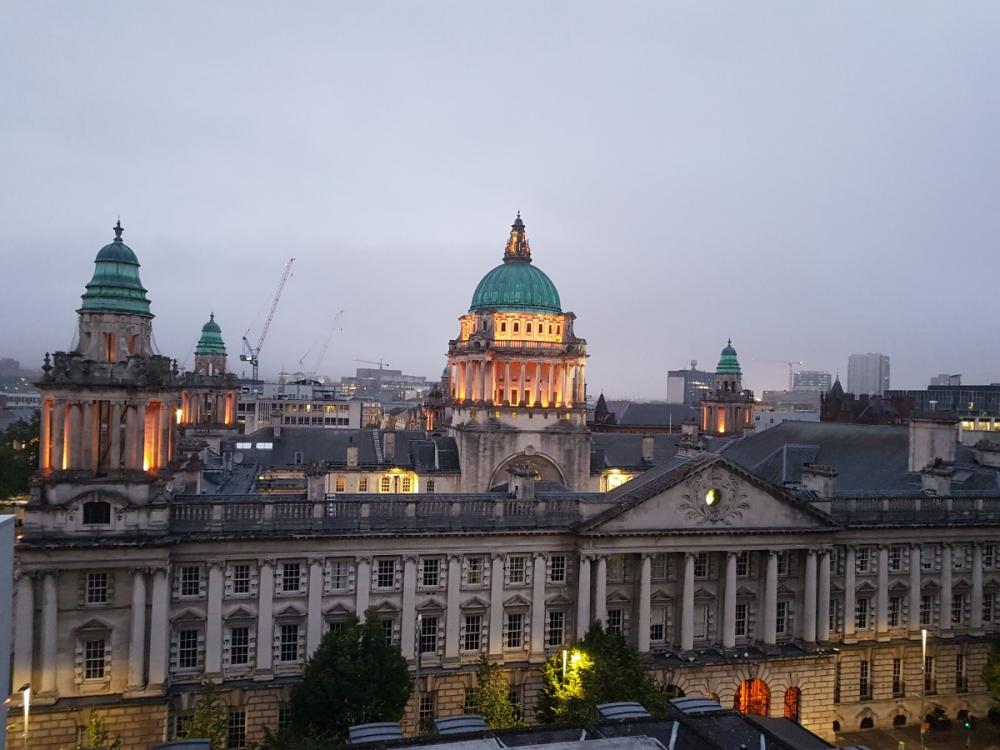 …Alfred Brumwell Thomas’ Baroque Revival City Hall is a majestic reminder that this city was once one of the world’s great manufacturing powerhouses.

Some of the oldest streets in Belfast can be found in the nearby Cathedral Quarter whilst the area around Queen’s University – the Queen’s Quarter – is a treasure trove of eclectic shops, boutiques, cafes, bars and art galleries. There you’ll also find Ulster Museum, a superb, far-reaching archive of Belfast’s troubled years, juxtapositioned with the calmness of the adjacent 1828 Botanic Gardens, home to another architectural masterpiece: the Palm House. 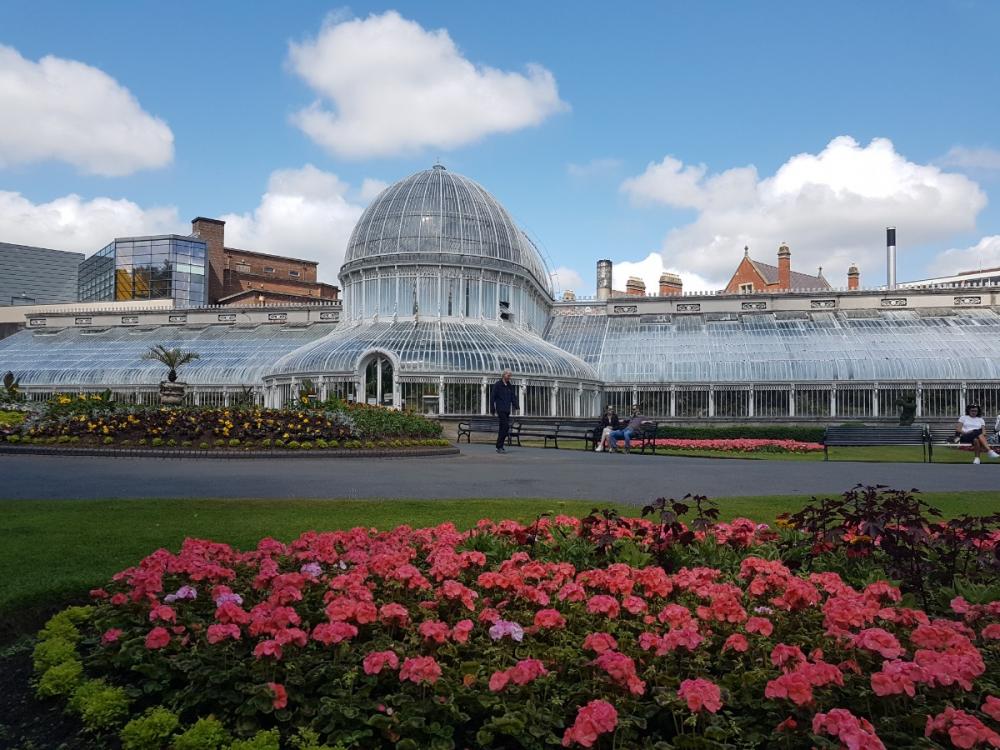 Somehow Belfast has managed to take the dark heart of its past and the grim reality of the world’s most famous ocean disaster, join the two and produce a bright economic future for a city now in the twilight of its manufacturing glory years, testimony, no doubt, to the resilience of its people.“Get outside of the city as soon as you can,” a friend had urged.

Five or six miles to the outskirts of the city centre are two other stunning attractions: The Ulster Transport Museum… 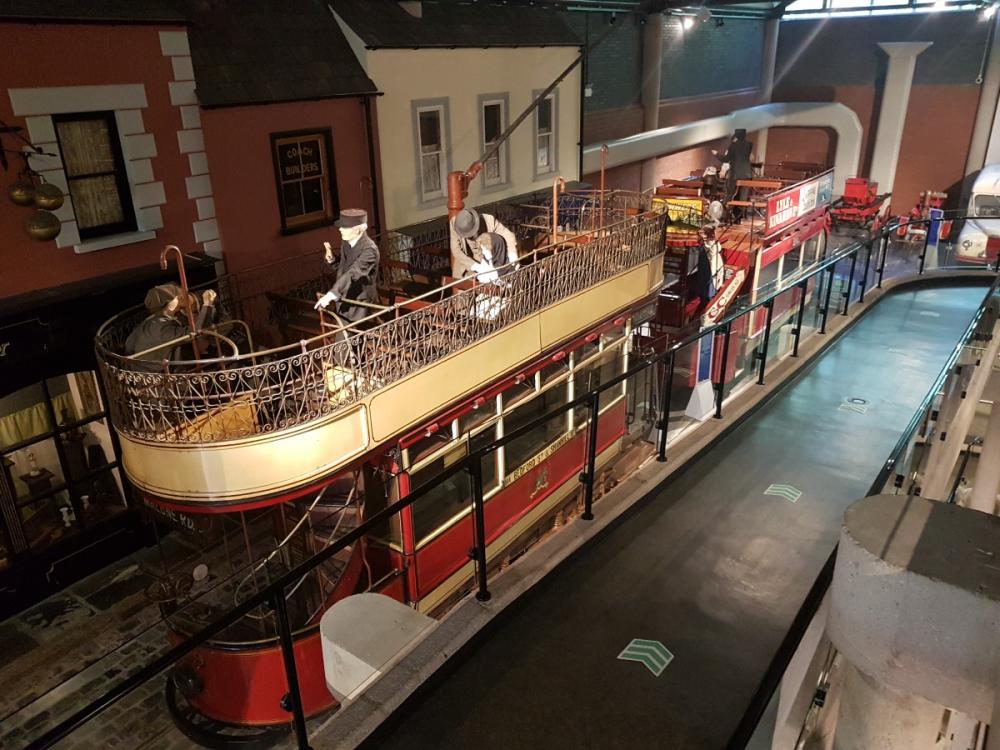 ...and its near neighbour The Ulster Folk Museum. 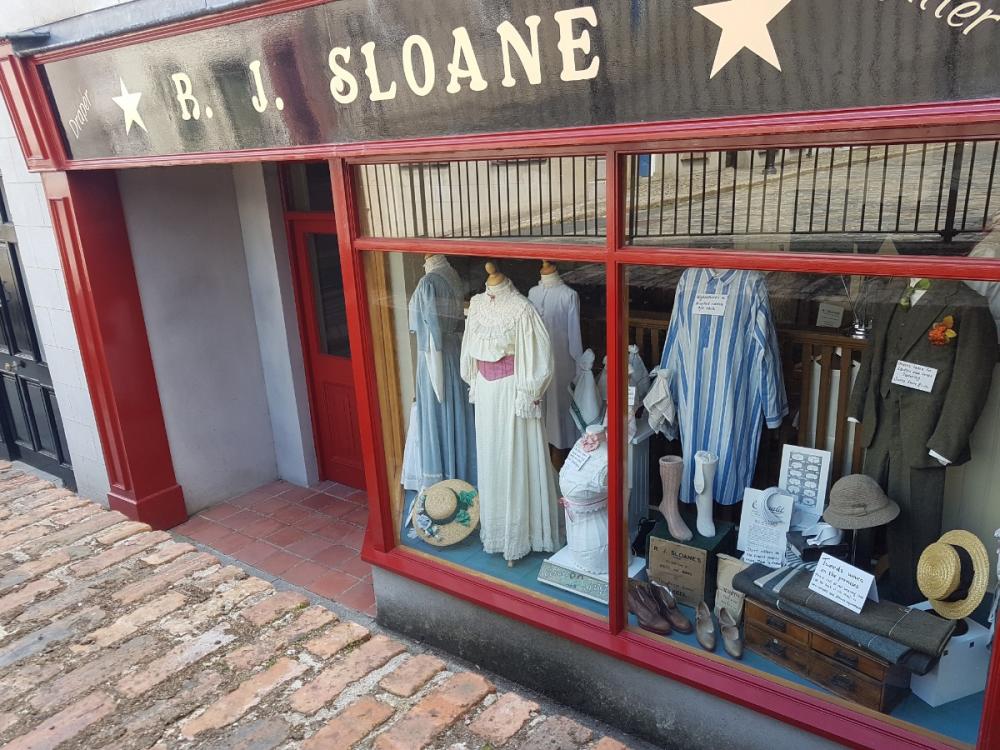 In the latter you can discover what life was like 100 years ago and chat to costumed guides, whilst the transport Museum has majestic steam locomotives, horse-drawn carriages, trams and vintage cars. Each is a hop and a jump from the Culloden Estate & Spa, probably one of the finest five-star hotels in the UK, should you fancy a brief respite at this luxurious property. 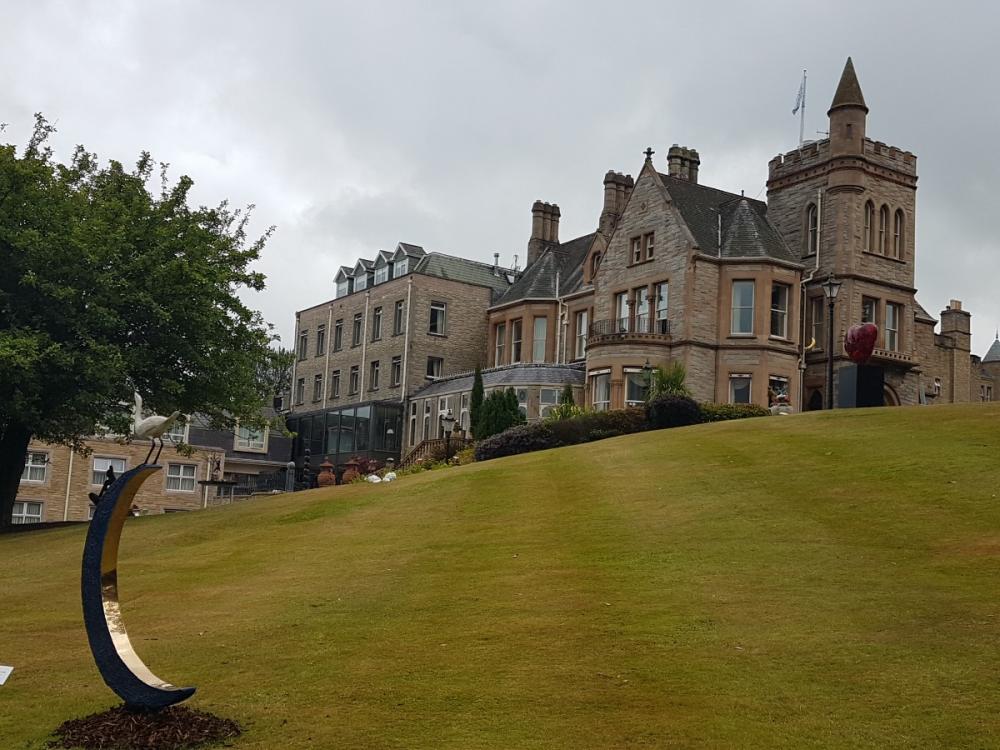 But, twenty five miles further up the coastal road the landscape begins to change and there you will discover another of Northern Ireland’s must sees: The Gobbins, a cliff-face path at Islandmagee, County Antrim, on the Causeway Coastal Route. 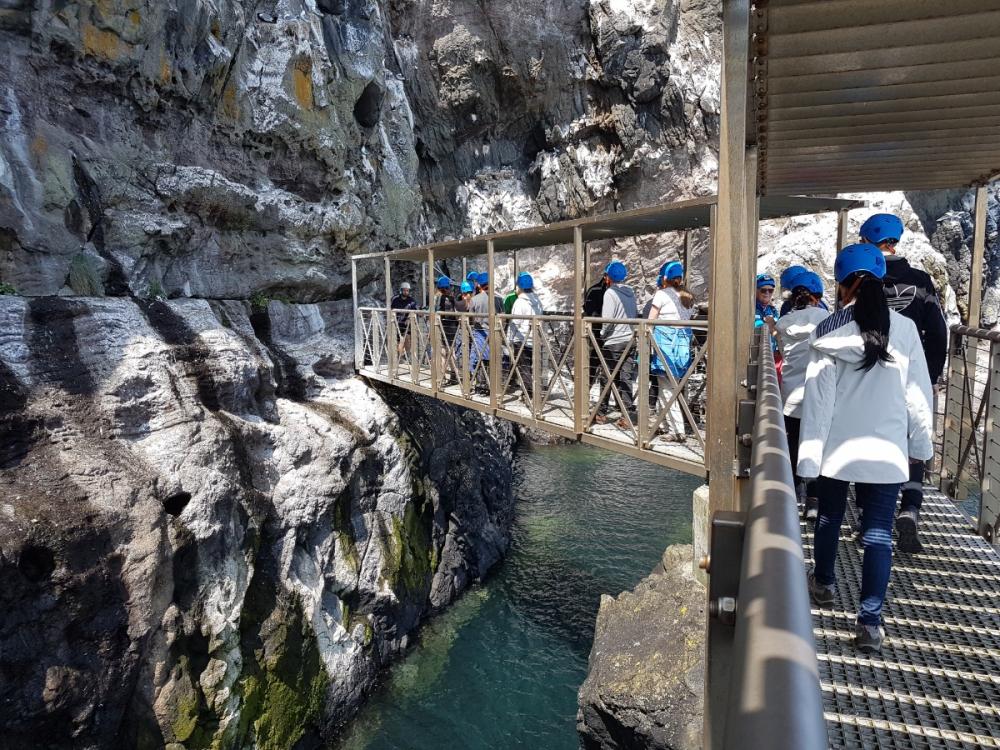 It is widely regarded as one of the most dramatic coastal walks in Europe as well as being the ultimate location for twitchers! 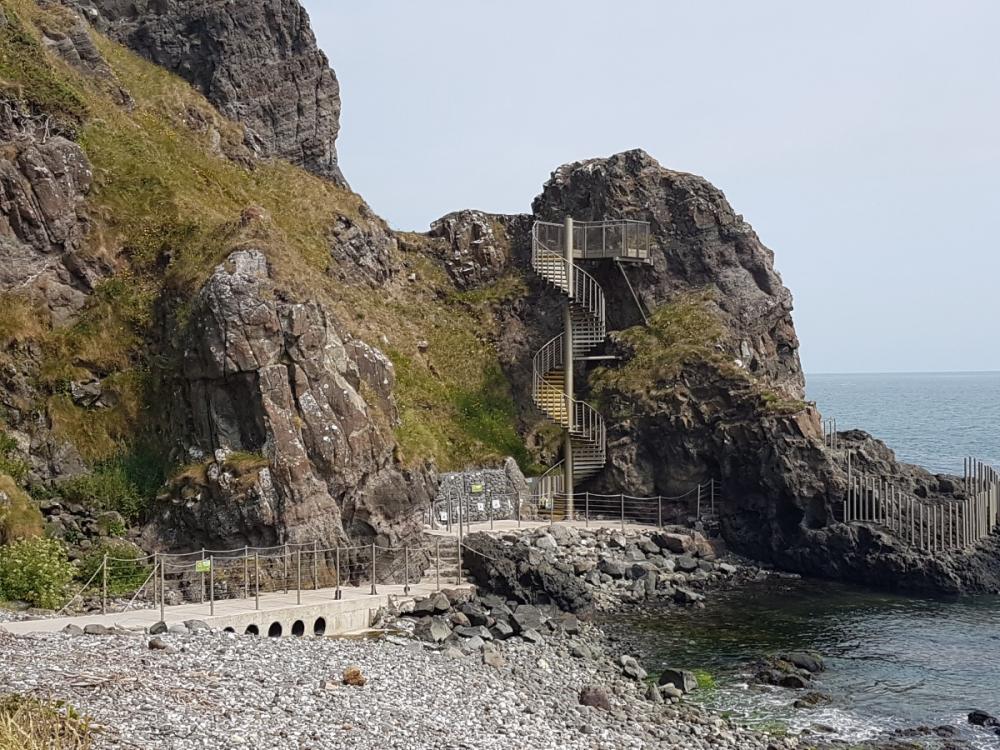 The path runs across bridges, past caves and even through a tunnel, along The Gobbins Cliffs, recognised for their rich birdlife, important geology and notable species.

But no trip to Northern Ireland would be truly complete without a visit to the Giant’s Causeway. Using the Ballygally Hotel as our base – it still boasts, and promotes its resident ghost! – we made the 75-minute drive north to reach our final destination. 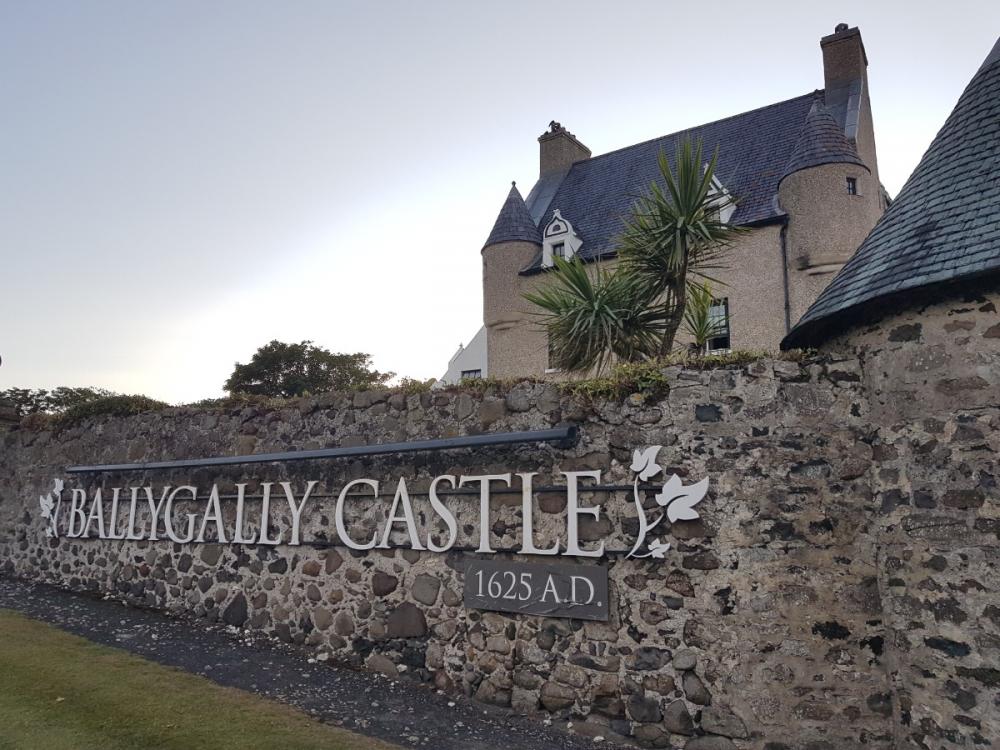 This geological wonder is steeped in legend and folklore. Carved from the coast by the mighty giant, Finn McCool... 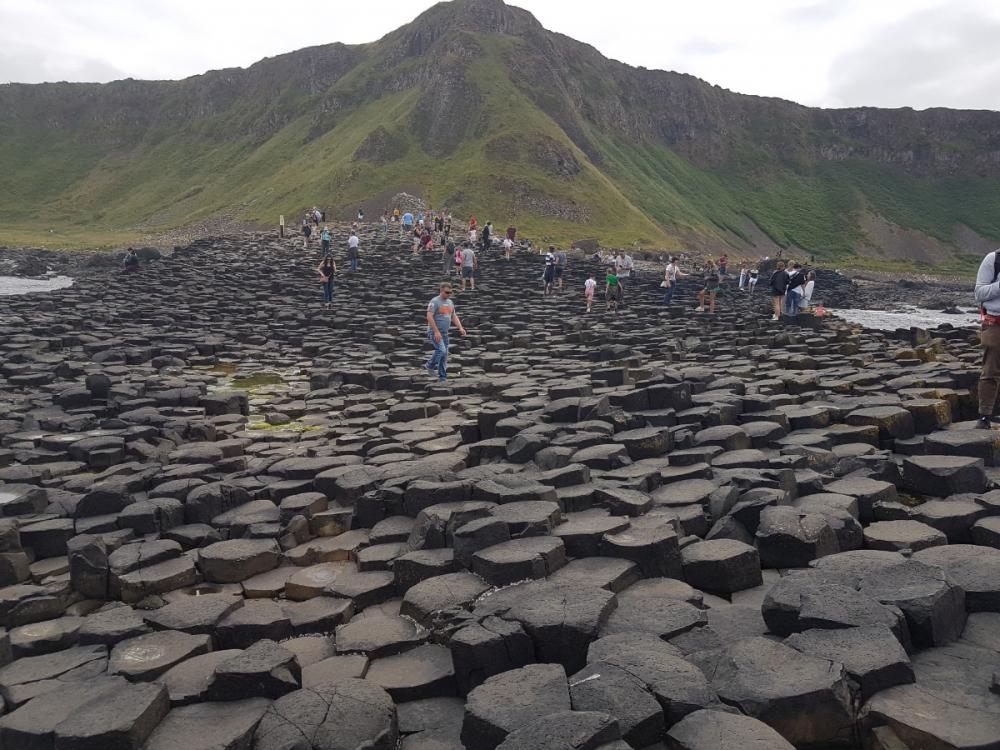 Full of walks and views to die for it made for a fine end to a fine trip and never once did I hear the word COVID. Now that really is a vacation! Hugely impressed by Northern Ireland: I’ll be back!


AT A GLANCE
Ferry
Stenaline: www.stenaline.co.uk/stena-plus Stena Plus Lounge from £16

Ferry Food For Thought!
If you are taking the 10.30pm ferry to Belfast but returning on the morning sailing, just get a cabin one way because you will spend most of your day in the Stenaplus Lounge which, by the way, is great so book it!