A Taste Of Italy, All The Way From Leeds 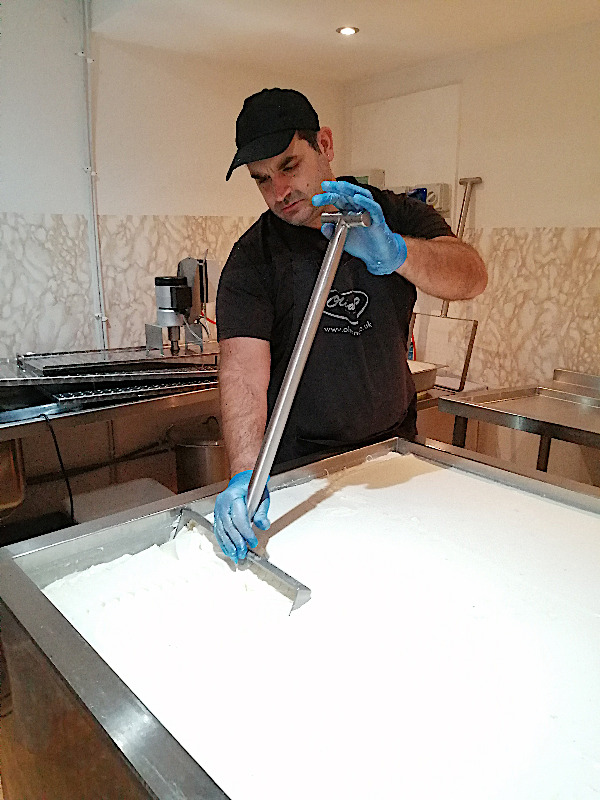 Mario Olianas
It’s not every day you get to meet an international cheesemaking champion, but that’s what happened for me a couple of weeks ago. I’ve been following Mario Olianas and his cheeses on social media for a few months and was invited to meet him and his partner at their Yorkshire home, to find out more about their unique and successful cheesemaking business.

Mario and Sonia are themselves unique: he’s Sardinian, but born in Vienna; she’s Yorkshire born and bred, a former interior designer. Between them, they are one of the friendliest couples I have ever met. Mario came to Leeds nineteen years ago to learn English. It had been his intention to stay a couple of months and return to Sardinia. He had a suitcase of clothes, about £200 in cash and somewhere to stay, with a friend. Unfortunately (or fortunately, as it turned out), the friend got a new job and moved to London when Mario had been with him just a couple of weeks. As Mario tells it, he said “Here is Leeds. You’re welcome. Have a good life.” The two are still friends, and the friend is a successful chef. Already experienced in catering, Mario got himself a job as a barman to pay the rent. It was there that he met Sonia. 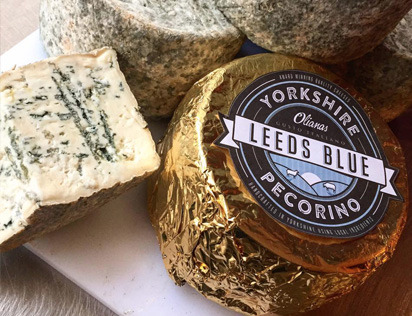 Sonia is a bit of a force of nature, and it’s easy to see how Mario fell in love. She talks quickly, never stops moving and is highly organised. While Mario is all expansive, laid back, creative, Sonia is meticulous and speaks with expert knowledge of planning regulations, health inspections, the family diary. They make a formidable team!

Having fallen in love with Sonia, Mario fell for the county that is their home. They now live on the edge of Leeds with their teenage boys. They’re five minutes’ walk from fields of sheep, woodland, gorse hedges and all the things that make Yorkshire beautiful. They return to Sardinia frequently, where Mario’s father is a fisherman. Mario proudly posts pictures of his son learning to fish out of the family boat. Sonia smiles as she explains that her father- and brother-in-law make cheese, too, and the room bristles with a good-natured sibling rivalry: “He had to make better cheese than his brother.” 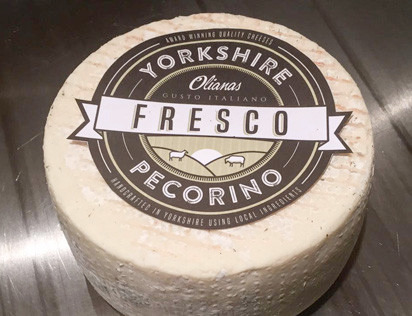 The truth, of course, is more complex than that. Mario had been selling Italian Doughnuts and Focaccia on Leeds market and several local farmers markets for a number of years and he was looking for a product his rivals would not start to sell in competition. Learning how his family make cheese gave him the idea he needed for a unique product he could sell at home. Much trial and error went into getting the recipe right. Some of those errors are remembered with a wry smile at relatives’ attempts to be encouraging, and the couple speak warmly of the encouragement and help they have had from established producers of artisan cheese in Italy and England.

Pecorino cheese is made with ewe’s milk, not something that’s easy to come by in the UK. By chance, Mario found that there is a sheep dairy farm here in Yorkshire and set about trying to persuade them to sell to him. He admits that took some doing but, after a lot of pestering, he finally got the farmer to sell him enough milk to start making cheese. These days, they get through between 600 and 900 litres of milk a week, which makes around 200kg of cheese. They make a blue cheese (Leeds Blue) and a fresh, soft pecorino (Yorkshire Pecorino Fresco). Left over whey is reheated to make their Ricotta Fresca, and what remains returned to the farm to be used for animal feed. As well as selling direct at farmers’ markets, the couple also sell through the Courtyard Dairy in Settle and other specialist cheese mongers. Michelin-starred restaurants like the Star at Harome, the Black Swan at Oldstead and Roots York use their cheeses, and they’ve featured in dishes at the Dorchester. As a respected demonstration cook and speaker, Mario is in demand on the circuit of food fairs and exhibitions. He followed Tommy Banks at the BBC Good Food Show in Birmingham last year. You could say Banks was his warm-up act!


Also by The Aperitif Guy...
Local 4 LentRemembering Robbie Burns Over A Glass Of WhiskyWinter WarmersChristmas PuddingYorkshire's Newest Vineyard
Mario was invited to attend the World Cheese Awards in Italy a few months as a judge. He brought home a gold award for the Pecorino Fiore to add to the many others their products have won. I asked, somewhat nervously, if Yorkshire sheep make better cheese than their Sardi cousins. Mario thinks they do. Yorkshire sheep dine generously on lush, well-watered grass. Their milk is rich in proteins, giving a sweeter flavour to the cheese. With a glint in his eye that brings me back to that sibling rivalry, he tells me that when we had a drought a few years ago, his cheese tasted more Sardinian.

I ask about the future. Eventually, they are going to need to move production out of their home. It’s produced in a dedicated room off their kitchen, filled with stainless steel and white fridges. Although their cheese is sold young, it still needs to be stored one month before it’s ready for sale, and their current space does not allow for any expansion of storage. They don’t want to move far, though. Their current location is not only beautiful, it’s convenient for the dairy and the market, so they’re looking for somewhere not too far away. So far, neither of their children is showing an interest in cheesemaking, although they do help on the markets when they’re not playing football or cricket. I didn’t meet them, visiting on a school day, but I suspect they will have inherited their parents’ love of warm hospitality and good food.

You can learn more about Mario and Sonia’s business, including where to buy their products, at https://www.olianas.co.uk/

The Aperitif Guy is a local writer, host and presenter. He has a popular blog, which you can read at http://blog.theaperitifguy.co.uk/ or follow him on Twitter @AperitifGuy