ABC And Kid Creole And The Coconuts, York Barbican 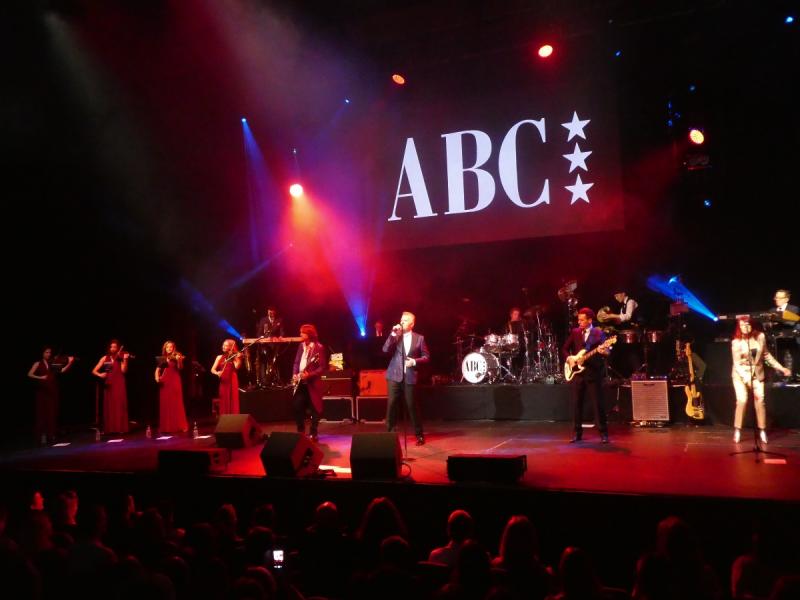 With Tears for Fears releasing a Best of Album and a tour planned for next spring, Bananarama currently on tour with all the 3 original members you would think we were back in 1982.

1982 was probably the golden period too for these two acts who have wisely gone out on tour together.

You could hardly describe Kid Creole as being shy: with his charm and vibrancy still intact he looks just like he did in 1982! The act really wouldn't work as good as it does without his 3 Coconuts - they sing, they dance, they preen and are the perfect foil to his Mr Cool persona.

"I like coming to York, you have named the city after my home city, New York" he cheekily announces. All the hits are still performed such as Stool Pigeon, Annie I'm Not Your Daddy along with album track favourites like No Fish Today.

"In 1982 In Manhattan, I looked into the mirror and said, "I'm A Wonderful Thing Baby" he offers as a lead into the track of the same name.


Kid Creole and the Coconuts
With his tight band, The Coconuts and Creole himself it was a well rehearsed and very polished set.

ABC defined the period with their Lexicon of Love album and for many of the audience here tonight it will probably be the main reason they are here. With the perfect pop songs of ABC, the lush orchestration arranged by Anne Dudley and the production of Trevor Horn it was a lesson in pure pop.

The band toured recently with a full orchestra performing the album in its entirety. Tonight though it is a retrospective of the band's career along with tracks off the Lexicon of Love II album released 18 months ago.


Martin Fry
Thankfully there is a 4 price string section on stage that allows the songs to shine through. Looking slim, suave and debonair as usual, Martin Fry has an unmistakable voice which still sounds as good as back in the day.

Viva Love the first single off the latest album seemed the perfect introduction to their set. With the sound mix just right it was easy to pick out all the subtleties of the song.

When Smokey Sings takes us back in time as the video screen above the stage shows the video clip to each song they perform. Rather than ignore their difficult second album, Beauty Stab they revisit the album with That Was Then, But This is Now.


Also by Graham Clark...
The Return Of Bingley WeekenderInterview With Dave Hemingway - Ex Beautiful South SingerAlbum Review: James Taylor Quartet - Man In The Hot SeatAlbum Review: Berries - How We FunctionInterview With The Brooks
The cartoon characters they were to become on How To Be A Millionaire reminded you how the band transformed over the years between different periods. A stripped down version of Be Near Me works well whilst Date Stamp from The Lexicon of Love is a taster of what is to come later on in the gig.

The Life and Times of A Troubadour, a new song is debuted, a tender ballad it deviates slightly from the usual ABC template.

Saving their biggest hits for the finale Tears Are Not Enough, All of My Heart, Poison Arrow and The Look of Love sound magnificent in no small part to Fry's strong vocals and the 4 piece string section.

By now the audience were on their feet and with the band in full flow it made an exuberant end to an evening that not only looked back to the past but to the future too.