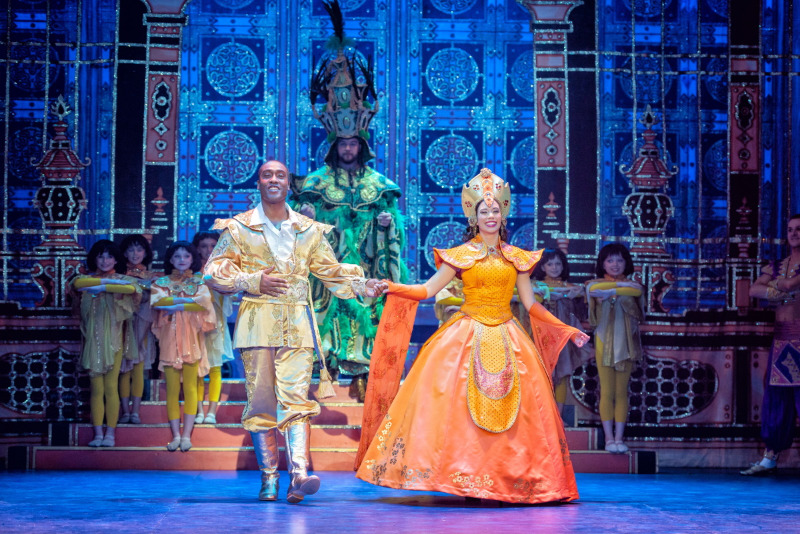 The jokes start as soon as Canuso appears on stage as Spirit of the Dance –“You can call me Beni” he requests before adding “Beni-dorm” and from that point onwards this entertaining version of Aladdin takes to the air – much like the flying carpet that appears later on in the pantomime. 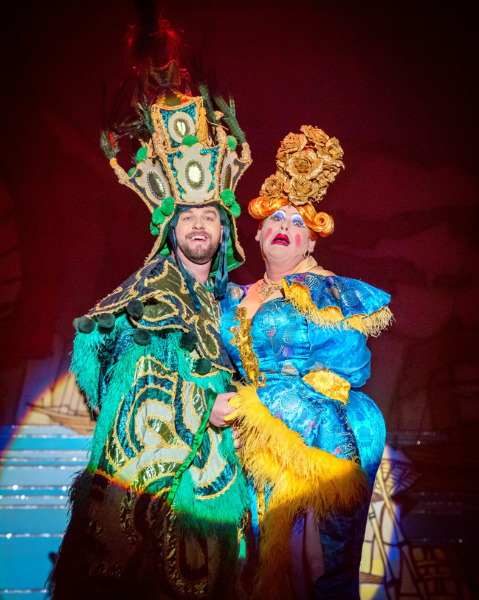 Playing Spirit of the Dance in his Mateo guise from the Benidorm TV series, Canuso is given plenty of opportunities to show off his dancing skills – and boy can he dance.

Simon Webbe as Aladdin at first appeared slightly wooden in the role but soon settled in. Darren Machin as Widow Twankey never missed an opportunity to make reference to Webbe’s past "Aladdin, don’t look so Blue" he commented. With more colourful costumes than a night out in Hull, Machin had some of the sauciest lines this side of the Humber Bridge.

Charlotte Barnes as Princess Jasmine shone and she too got to sing the Blue hit, One Love before Webbe walks on stage to make up a duet.

Getting the biggest boo’s and hisses of the evening was Robin Askwith who played a mean, bad and dangerous Abanaza – so convincing was he that many of the younger members of the audience were up on their feet to show their disdain of him!

Neil Hurst as Wishee Washee nearly threatened to be the star of the show. Hurst has been a regular of the Halifax pantos for years but his delight at starring in a big budget panto was hard not to hide.


Also by Graham Clark...
The Old Bank - Cross Hills New Bar And Restaurant - A New Asset Which Might Interest YouKendal Calling 2021 Is CancelledInterview With Rick Witter From Shed SevenBullet For My Valentine Announce Shows Up NorthLeeds Band The Dunwells To Play Surprise Leeds And Ripon Performances
His "kiss it better routine” might have been borrowed from The Grumbleweeds but his years of playing second fiddle to some of this country’s best comedians showed. His natural rapport with the Hull audience was a joy to watch.

Keith Hughes played a very dignified Emperor Ming, add to that a massive Genie of the Lamp, a Flying carpet that flew into the audience and a bag of hit songs that appealed to young and old and you have the makings of a perfect family panto - even if they did want to banish Abanazar to a dark place – Bridlington!