Afterneath; Radio; Through The Echoes, Acid Eyes; Stranded Words (Interlude); Lose It, Petrified In Love; Everywhere, Abigail;Children of the Stars; Heart Filled Up; Shine A Light; Desperation; Julianne; Take Me Take Mine; Writer. 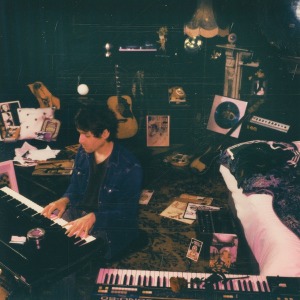 However, his almost radio silence finally broke this year with the release of the singles Lose It and Through The Echoes. Showing that his voice has aged like a very fine wine, he is vocally stronger than ever as he finally releases album #4, Last Night In The Bittersweet.

Boasting 16 songs, Last Night In The Bittersweet is not just his most vocally striking, but it is also his most musically ambitious. While his earlier work grew with each release, from the radio driven pop of his 2006 debut, These Streets, through to his more soulful third studio album, 2016's Caustic Love, his fourth studio album sees him refusing to be tied down to a specific genre.

Although there are moments written for mainstream radio acclaim, most obviously the blatantly titled Radio, even these moments are delivered with whole-hearted conviction and a depth that many artists lack even in their most insightful moments.

Boasting 16 songs, Last Night In The Bittersweet is not just his most vocally striking, but it is also his most musically ambitious
.
However, it is the less 'for radio' moments that Last Night In The Bittersweet finds its strength. With shadows of Rod Stewart at his finest, the aforementioned single, Through The Echoes, is an early highlight. Yet it is in some of the album's slightly darker, more bass driven moments that we see both a different side to his vocal and his artistry. Key moments include Acid Eyes and Lose It.

While the album misses slightly on the boppy Desperation and generic Petrified In Love, it more than makes up for it with the elevated Shine A Light and truly beautiful Julianne.

With the bar set incredibly high by his third studio album, Caustic Love, Paolo Nutini has proved on his return that he is an artist not defined by his previous work, but one who is always striving to be the best of who he can be. Hands down his best body of work to date.
Also by Jeremy Williams-Chalmers...
Album Review: Hayley Kiyoko PanoramaCheers! Def Leppard Look Towards GinNew York Singer-Songwriter And Producer Ade Is Back And Talks To Jeremy Williams-ChalmersEXCLUSIVE INTERVIEW: Velazquez, Chats To Jeremy Williams-ChalmersGig Review: Lady Gaga An Artist Who Needs No Introduction.