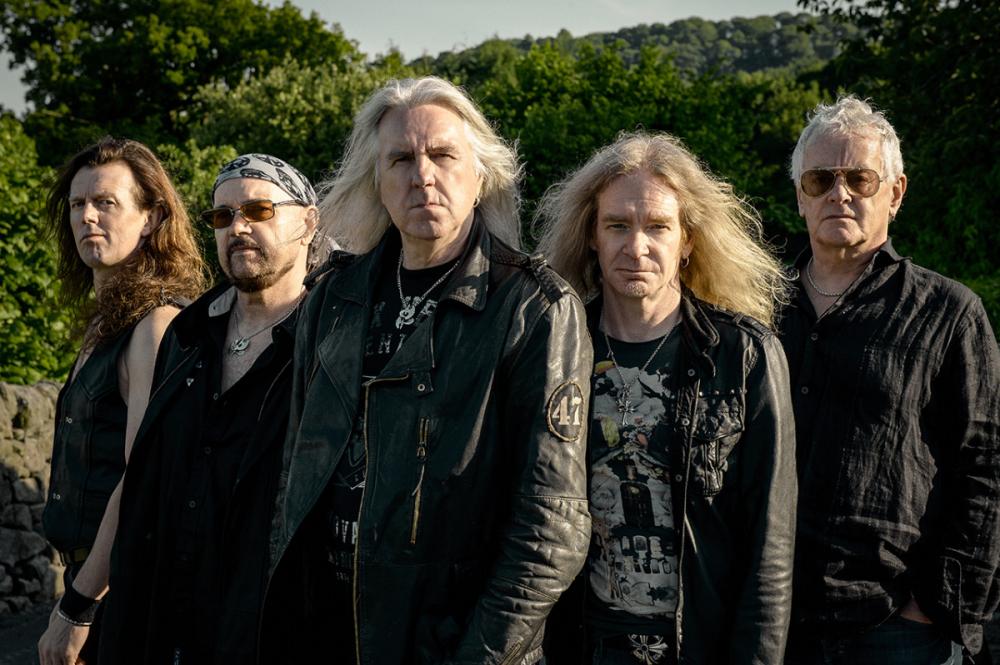 Recorded at Brookfield House near York, this is Saxon as you might not have heard them before.

The album is a set of songs that have inspired the band when they started out. Produced by lead singer Biff Byford and Jacky Lehmann using Marshall Amps and real drums, it all sounds like it was a pleasure to record.

The Barnsley rockers have done covers in the past such as the Christopher Cross hit, 'Ride Like The Wind'. Whilst it might have been the record companies choice rather than the band, these songs, mostly sound better suited to them.

The Rolling Stones’ 'Paint It Black' works well: a menacing track it could easily fit into Saxon’s existing repertoire. You might be pleasantly surprised at their treatment of Jimi Hendrix’s 'Stone Free' too. Ditto their version of The Beatles 'Paperback Writer'.

Motörhead’s 'Bomber' comes with a whistle courtesy of Biff here but really only the Motörhead version is the one you need with the original version sounding far heavier than the way Saxon have recorded it.

Also by Graham Clark...
Socially Distanced Down At Everybodys All Day Social, GuiseleyFood And Music Is On The Menu At CrEATe As Part Of Leeds Food FestivalNow Thats What I Call Music 8 Gets A Re-release 35 Years LaterGary Powndland - The New Comedy Star Brings His Sell Out Show To The NorthRyedale Festival Springs Into Life With An On Line Edition
Deep Purple’s 'Speed King' sounds to be in fine throttle as does their version of 'The Rocker' by Thin Lizzy, though I’m so used to hear Phil Lynott singing the song.

Whilst the majority of the tracks here are close to the original version, there is a surprise with the cover of 'Hold The Line' by Toto - the familiar piano riff that opens the track is replaced by guitars here and is far heavier than the version you might be used to.

The AC/DC track 'Problem Child' does not sound as raw as the original but Saxon give it the Wheels of Steel treatment and for anyone hearing the track for the first time it might make them want to check out some of the early AC/DC tracks.

I’m sure that some of these songs will feature in their live set when the band eventually tour after things settle down.