Will Young 20 Years: The Greatest Hits.
CD 1 Evergreen; Light My Fire; The Long and Winding Road with Gareth Gates; You and I; Leave Right Now; Your Game; Friday's Child; All Time Love; Who Am I; Changes; Grace; Jealousy; Come On; Losing Myself; Love Revolution; Joy; All The Songs; Daniel; Why Does It Hurt – New Track; Breaking Free – New Track. 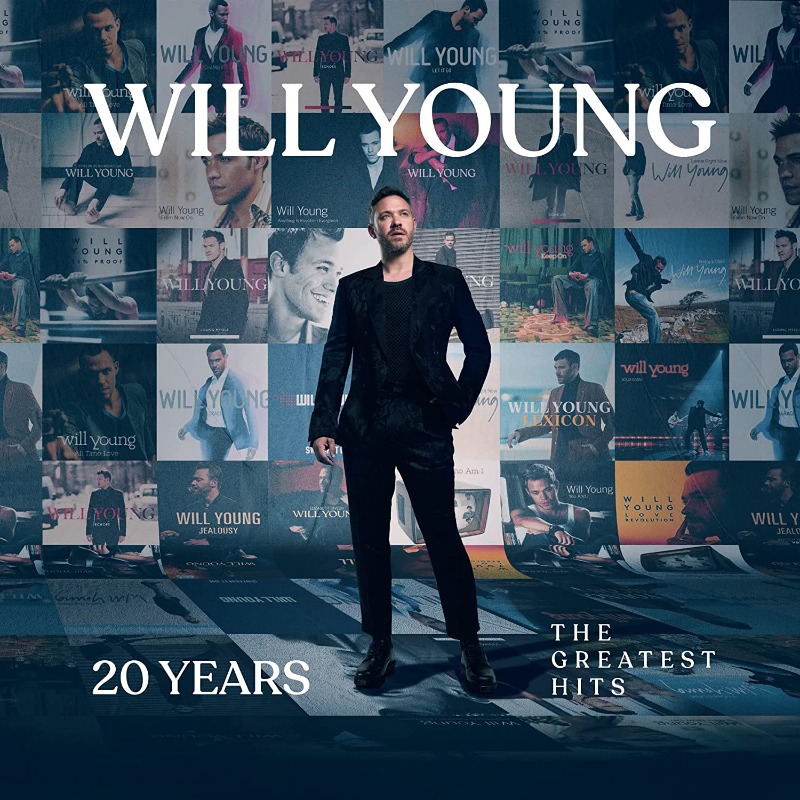 Will Young’s first brush with fame was some 23 years ago, when the then University of Essex second year student auditioned for a new boyband on This Morning. The auditions proved rather fruitful as they also discovered Blue’s Lee Ryan, Point Break & EastEnders’ Declan Bennett at 3SL’s Andy Scott-Lee.

However, despite clearly highlighting some talented vocalists, the boyband soon disappeared. But, as we all know, a bigger break was to arrive for all the aforementioned. Just a couple of years later Will Young would make nationwide headlines when he stood up to Simon Cowell, who had just called him average. In that moment he guaranteed his place in the live television finals and over the course of the run of the first series of Pop Idol, he secured his place in the hearts of a nation, who hailed him the Pop Idol over Cowell’s pick, Gareth Gates. Twenty years later and Will Young is looking back over a 20 year career, that has seen 8 studio albums and acclaim on both stage and screen, as he releases his fourth career retrospective: 20 Years: The Greatest Hits.

Arriving nearly a decade after his last hits collection, The Essential, it features choice cuts from three more studios albums alongside two new songs. The double disc collection also features a selection of live session highlights – both covers and originals – to give a full overview of the very best of Will Young over the entirety of his career.

Disc One focuses on his recorded craft – from the baby steps of his first #1, Evergreen, albeit missing out the double A-Side of Anything Is Possible, and closing with new songs, Why Does It Hurt and Breaking Free. The most notable feature is, of course, Young’s unforgettably rich vocal, which won him his loyal audience in the first place (and mislead many on his stint on The Masked Singer). Versatile sound wise, there is a growth from his early moments through to his more personally charged latter moments. But impressively, over the course of 20 songs, there is not one dud.

Disc Two centres around live renditions and closes with two stunning demos of Your Game and Jealousy, which are effortless highlights of the entrie collection. In terms of the live sessions, they once again showcase the strength and versatility of the artistry Young has displayed throughout his career. While Love Revolution, Hey Ya! and What Is Love are easily the stand out moments, once again this is a set without a skip ahead moment.

Will Young has been both heralded and overlooked over the entirety of his recording career, but what this collection so effortlessly shows is that he is an artist who has time again proven his worth. This is an essential for any music listener.
Also by Jeremy Williams-Chalmers...
Album Review: Paolo Nutini - Last Night In The BittersweetInterview With Brooke LawInterview with HatariAlbum Review: Hanson Red Green BlueAlbum Review: Harry Styles: Harry's House