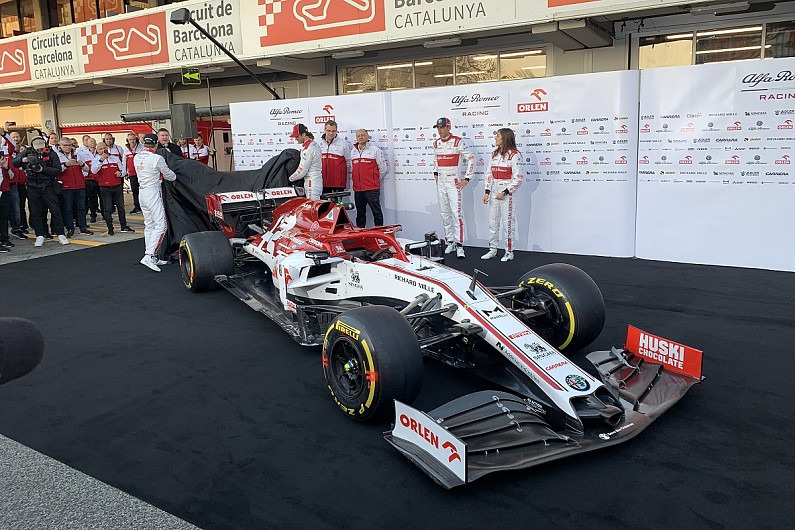 Race drivers Kimi Räikkönen and Antonio Giovinazzi uncover the new Alfa Romeo C39 in the Barcelona pitlane this morning
Alfa Romeo has become the final Formula 1 team to fully reveal its new car for the forthcoming season, the C39, saving budget by simply presenting its challenger in the Barcelona pitlane this morning immediately prior to the start of the first of two 3-day pre-season tests.

We’re talking here about what was essentially the former Sauber F1 outfit, which was renamed Alfa Romeo with effect from last year. The team now has an additional title partner in the shape of Polish petroleum company PKN Orlen and so its official name has become Alfa Romeo Racing Orlen. This deal also brings to the team as its new reserve driver the Pole Robert Kubica, who is sponsored by the same company. 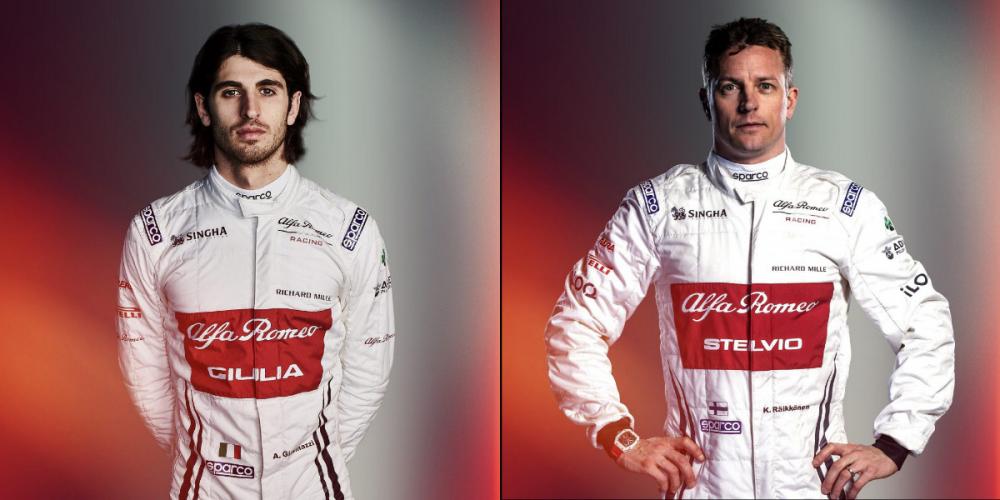 Giovinazzi (L) hopes to perform more consistently in 2020. Räikkönen (R), now 40 but vastly experienced and still very quick
The 35 year old Kubica, who returned to the Formula 1 grid last season after suffering serious multiple injuries in a rally accident back in 2011, was dropped by the Williams team at the end of 2019 after a difficult season for both himself and his employer. He will dovetail his reserve driver duties for Alfa Romeo with competing in the German Touring Car championship, the DTM, driving a customer BMW M4 run by the French ART Grand Prix team and funded by PKN Orlen. 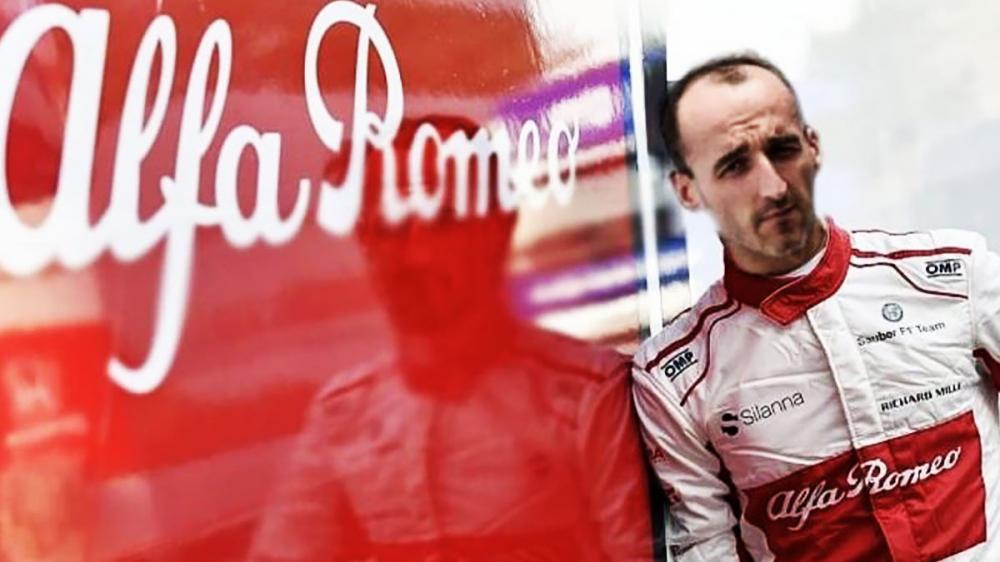 Reserve driver Robert Kubica, formerly of Williams
The livery of the new Alfa Romeo charger is very similar to last year, being predominantly white and red but also now with references to new title partner Orlen on the front and rear wings as well as the sidepods. 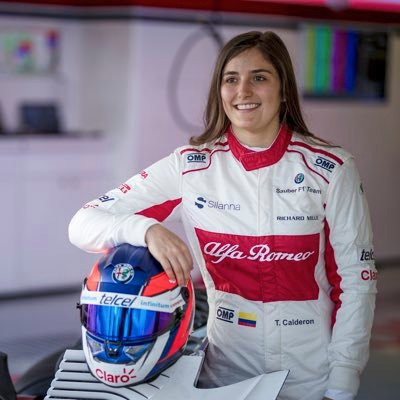 Tatiana Calderon will remain as a test driver
As for Alfa Romeo’s race drivers, they have retained the services of the legendary Kimi Räikkönen, with the 26 year old Italian Antonio Giovinazzi also holding onto his seat after an improvement in performances during the second half of the 2019 campaign.

Räikkönen is now 40 and easily the oldest current Formula 1 driver, but he brings a wealth of experience as well as still showing considerable speed. The Finn used to be a man of very few words when faced with F1’s officialdom and the media, if much more open and relaxed on nights out with his mechanics, and he isn’t exactly garrulous these days, but he is very happy to let his sheer pace do the talking.


Also by Graham Read...
Inspirational Zanardi Severely Injured In Italian Cycle RaceChampion Russell Dominates Again In Canadian FinaleRacy Russell Makes It A Hat TrickFormula 1 Confirms This Season’s Opening Eight RacesFlawless Russell Makes It Two Wins In A Row
The team has also confirmed that the 26 year old Columbian Tatiana Calderon, who will be competing in this year’s Super Formula singleseater championship in Japan , will remain as a test driver.

With pre-season testing limited to just six days of running to save costs, all the teams will be looking to put as much mileage on their new steeds as possible as they seek to develop and refine their performance and reliability, whilst of course perhaps not looking to reveal their true pace if they find they have designed a real flyer. Let the fun begin.