Alice Cooper
Back in 1977 The Stranglers detested everything that Alice Cooper stood for; fast forward 42 years and the band are supporting Alice Cooper on his arena tour. Not surprisingly the two acts have a lot in common: both have a certain sense of menace and have a dark side.

These days there are only 2 original members of The Stranglers, lead singer Baz Warne does sound remarkably like former lead singer Hugh Cornwell. Sunderland born Warne lets slip that he now lives in Leeds “not in Headingley though” he is quick to point out. 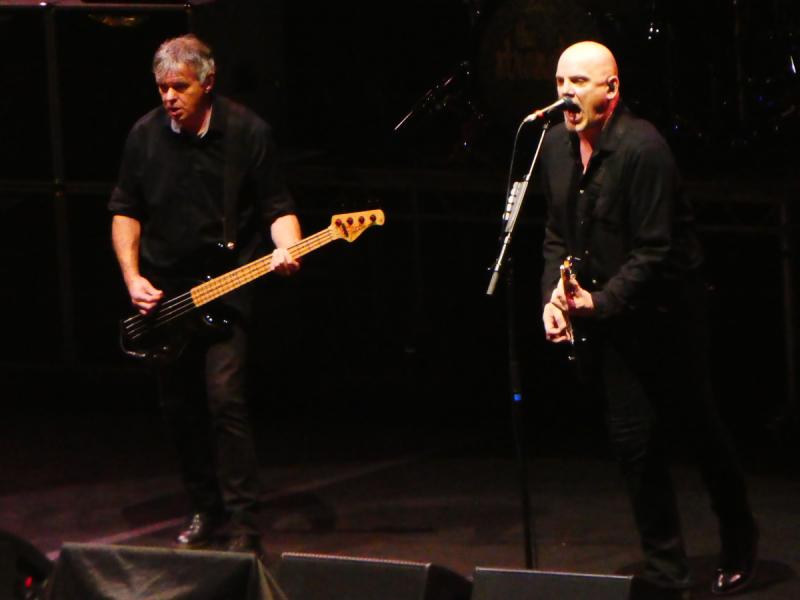 The Stranglers
They use the time wisely and deliver a greatest hits set including Golden Brown, Peaches and No More Hero’s. What seemed like a jam session during Walk on By was the only low point during a storming set.

In a stage set that looked like it had come from Yorkshire’s Forbidden Corner attraction, Alice Cooper welcomed Leeds to his Nightmare Castle. He surrounds himself with a tight well executed band, lead guitarist Nita Strauss has been voted best female guitarist in the world – her exuberant musicianship at times took the spotlight off Cooper. For every twirl of Cooper’s stick she pirouetted around the stage like a lion let out of his cage.

Feed My Frankenstein came complete with a mock Frankenstein invading the stage whilst No More Me Nice Guy took the 5,000 strong audience back to the beginning of his career.

There isn’t much talking in-between the songs until right at the very end as each song leads into another. “Raise your hands if you’re Poison” Cooper asks as he leads the band into Poison. He has probably said that line a thousand times but he still says it with conviction.

The usual props such as the guillotine are present along with a giant inflatable baby as he sings Dead Babies. The band play on as Cooper gets his head cut off though it is only short lived as he is soon back on stage to perform Escape.

The school bell rings, that soaring guitar riff rings out as School’s Out takes the fans back to 1972. Intermingled with Another Brick On The Wall, the track is still his signature tune. As huge balloons are floated over the audience, Cooper bursts them with his sword. It is pure pantomime though a dark one at that.

A night of pure escapism from Cooper and his band, aged 71 Cooper shows no sign of slowing down. If this was a nightmare it was one of the best I have had.