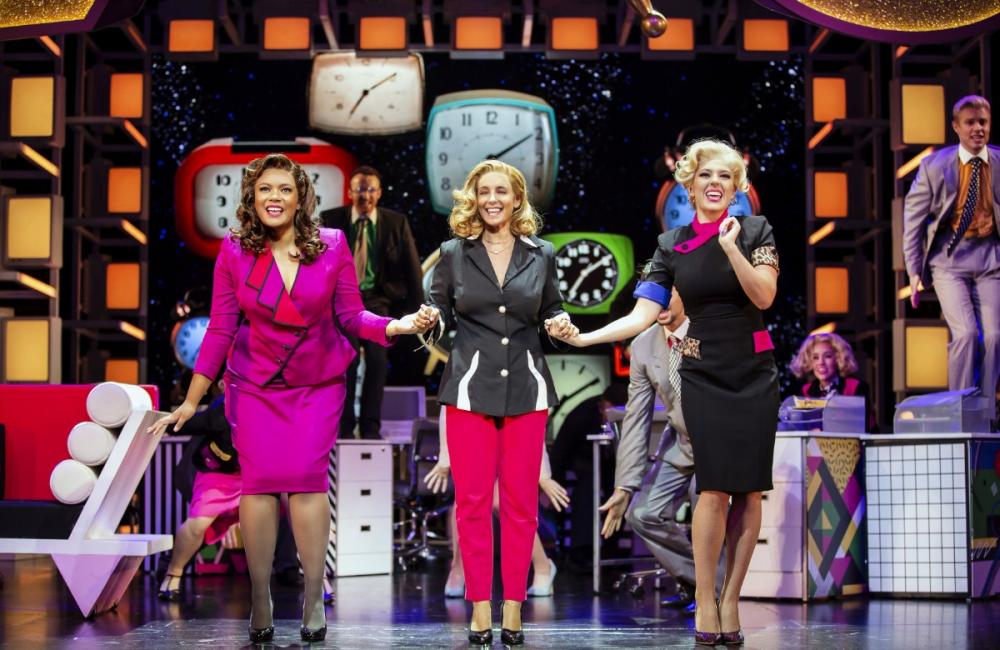 Dolly Parton, not unlike Michael Flatley, has a habit of turning up when you least expect her: this time she was in Bradford as the Alhambra rose, phoenix-like, with its first post-covid offering, the country music star’s 9 to 5 The Musical.

But, fear not, Nashville’s answer to JB Priestley was not in God’s own country in person, but in all her glory courtesy of a video screen, introducing the three principal female characters of this super musical, which bounces along quicker than a finger picking guitarist at the Grand Ole Opry!

Last time Mr Flatley – he of Riverdance fame – did something similar when his acclaimed show went on one of its global tours: egomania or simply a way of packing ‘em in? Probably a bit of both if the truth be known!

But, last night, director Jeff Calhoun, demonstrated balanced use of digital technology which, in some musicals, seems to run away in a sea of flashing lights to the point that your eyes are taken off the performance itself.

Not so in the Alhambra where the real stars weren’t the lights so much as the secondary leads.

Louise Redknapp – officially the headliner – as budding CEO Violet Newstead was, somehow, a little stilted, occasionally coming to life in her main number, One of the Boys, and beaming beautifully at final bows: I needed to see a little more of that cheeky persona in the performance itself.

However, eleven out of 10 to male chauvinist pig, Sean Needham, aka, Franklin Hart Jnr, Julia J. Nagle as fawning secretary Roz Keith and Stephanie Chandos as busty Doralee Rhodes. They were all absolutely brilliant and instrumental in driving the show.

9 to 5 tells the story of Franklin Hart Jnr, the arrogant SOB who thinks women are for sex, child-bearing and making him cups of coffee!

But Violet, Doralee and Vivian Panka as the third member of the female office trio, Judy Bernly, know different and hatch a plan to kidnap their boss, dress him up in bondage gear and leave him strung from the ceiling for a week or two until they have implemented a series of life-enhancing changes back at the office.

The original film featuring Parton, Lily Tomlin and Jane Fonda was fun and hugely successful but, more than that, it embraced a number of serious themes, highlighting the vulnerable and, invariably unfair, position many women found themselves in at the office with ‘feely / touchy’ bosses.

Book writer, Patricia Resnick, stays true to the original film in this stage version and you don’t have to look far to discover the underlying themes which are still there.

However, the real combined talent of Parton and Resnick is that they have delivered a musical that is simultaneously powerful, fun, entertaining and poignant.

It scores all the necessary goals without ramming the Me Too movement too far down the back of every man’s throat! That means it can be enjoyed by everyone. Now that is smart.

A great show that will have you laughing, cringing and crying all at the same time!