All Shipshape At The Wallace Hartley, Colne 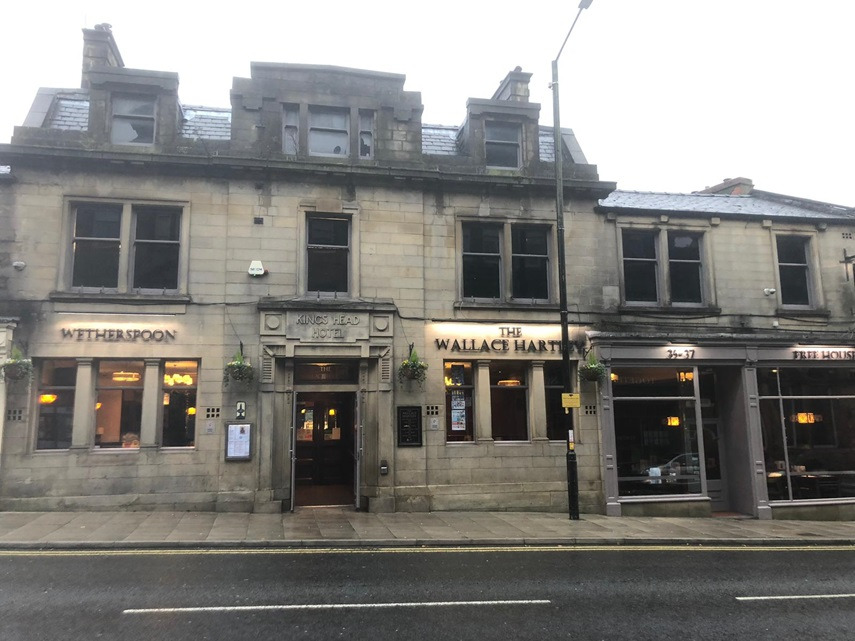 It is not just the food and drink that might be music to your ears (and tastebuds) when you visit The Wallace Hartley in Colne. The eponymous pub is named after the Violinist and bandleader on the Titanic, who was born and raised in Colne.

Wallace became famous for leading the eight-member band as the ship sank. Wallace didn’t survive the tragedy, nor did the band. His body is buried in the town’s cemetery. When his funeral took place is it said that 30,000 - 40,000 people lined the route of his funeral procession through Colne. 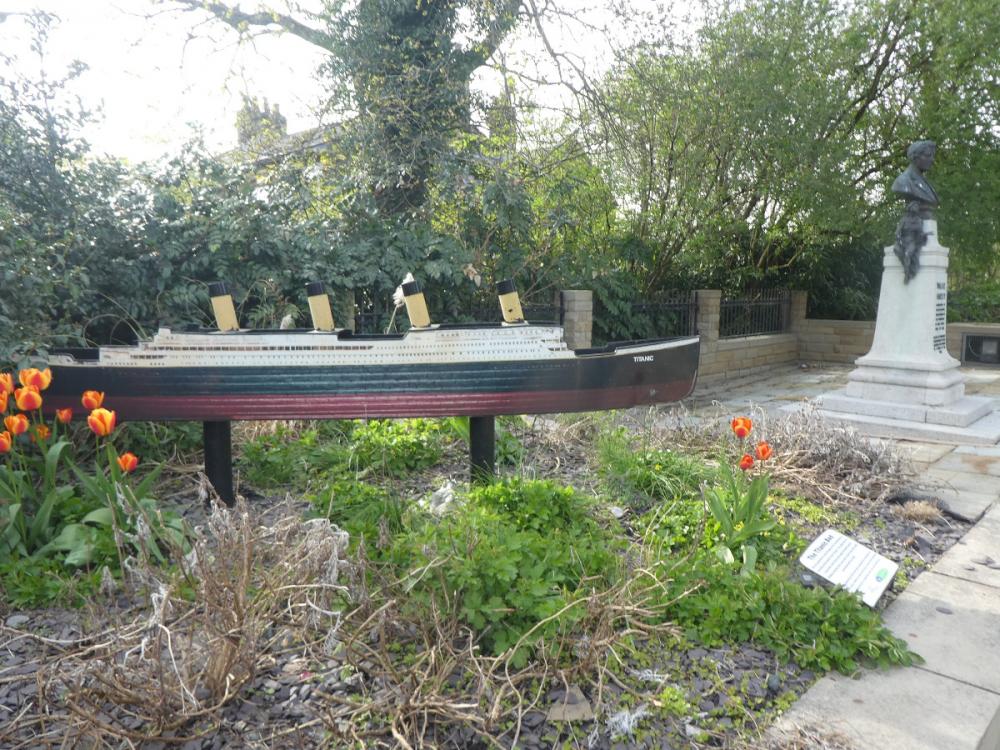 The Wallace Hartley Memorial, Colne
A memorial to Wallace stands a few minutes walk down the road from the pub that bears his name.

What the teetotal Lancastrian would have thought about naming a pub after him is open to debate, but one thing he might agree on is how the new owners, Weatherspoons, have a knack of refurbishing old buildings and making what would be a sinking ship float again.

Another good example is The Twelve Tellers in Preston. The former grade II listed building previously occupied by the banking industry has been restored to its former baroque style glory.

Whether you are a fan of Weatherspoons or not there is no denying that they are part of the fabric of most British towns and cities. Walk into any of their establishments and you know that you will find a good selection of drinks and good value food served in a comfortable and welcoming atmosphere. 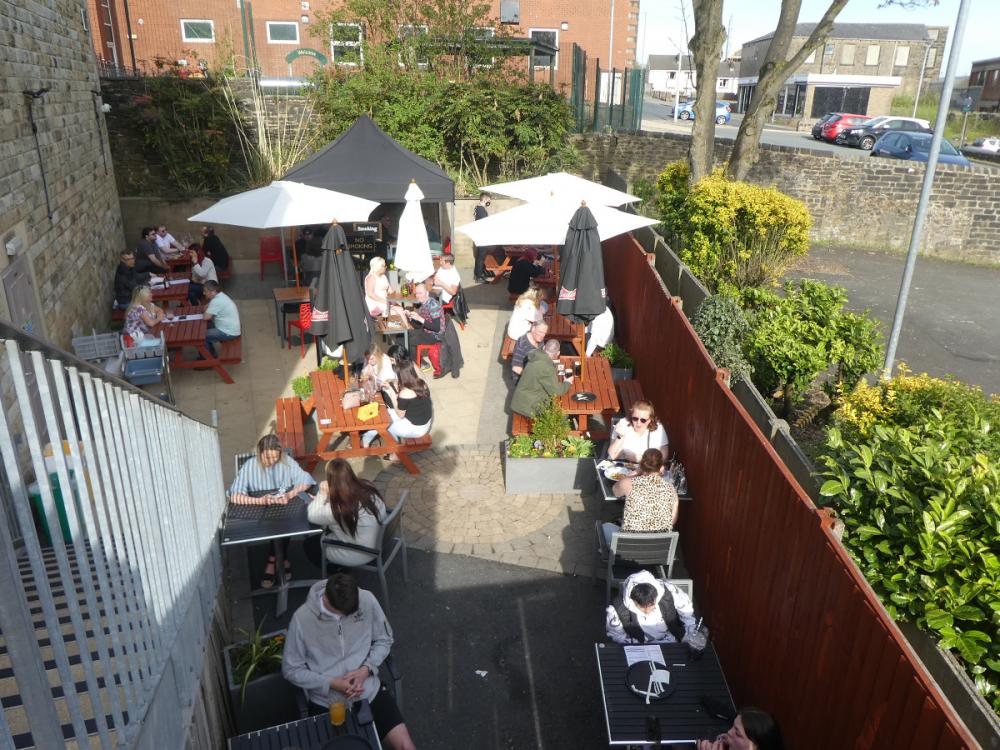 The Wallace Hartley in Colne is no exception. It was a sunny spring afternoon when I visited. The south facing outdoor terrace understandably busy and with a mix of age groups and customers.

The menu at the minute is not as extensive as it might normally be though the pub classics such as freshly battered cod and chips, lasagne, pizzas and burgers are all present.

The emphasis seems to be on value for money. I decided to go with the Empire State Burger: two 6oz beef patties, American style cheese and maple cured bacon served with chips and six onion rings priced at £8.05 with a soft drink or £9.35 with an alcoholic drink. 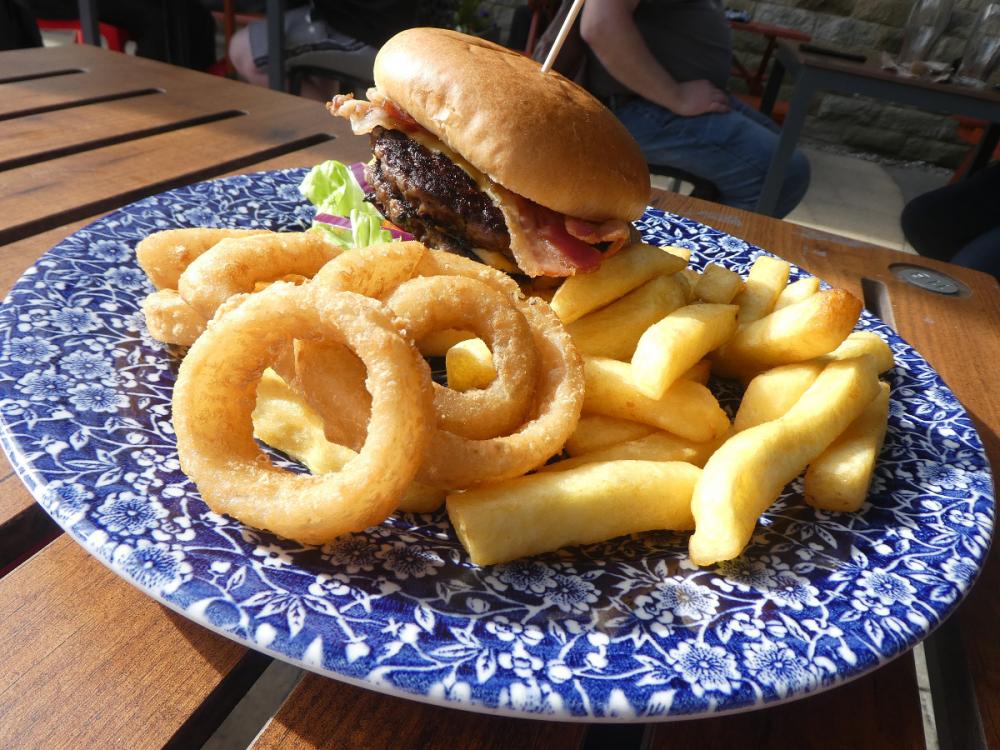 Empire State Burger
With my meal arriving within 10 minutes of ordering, which furthered my suspicion that the chips were frozen and the meal microwave ready. However it came served on a proper plate, the meal was hot, tasty and filling. It certainly did not taste cheap. The burgers were meaty and far better quality than at a fast food chain.

When you consider that a large fish and regular chips at my local chippie cost just over £9.00 you can see my point about value for money at the Wallace Hartley. 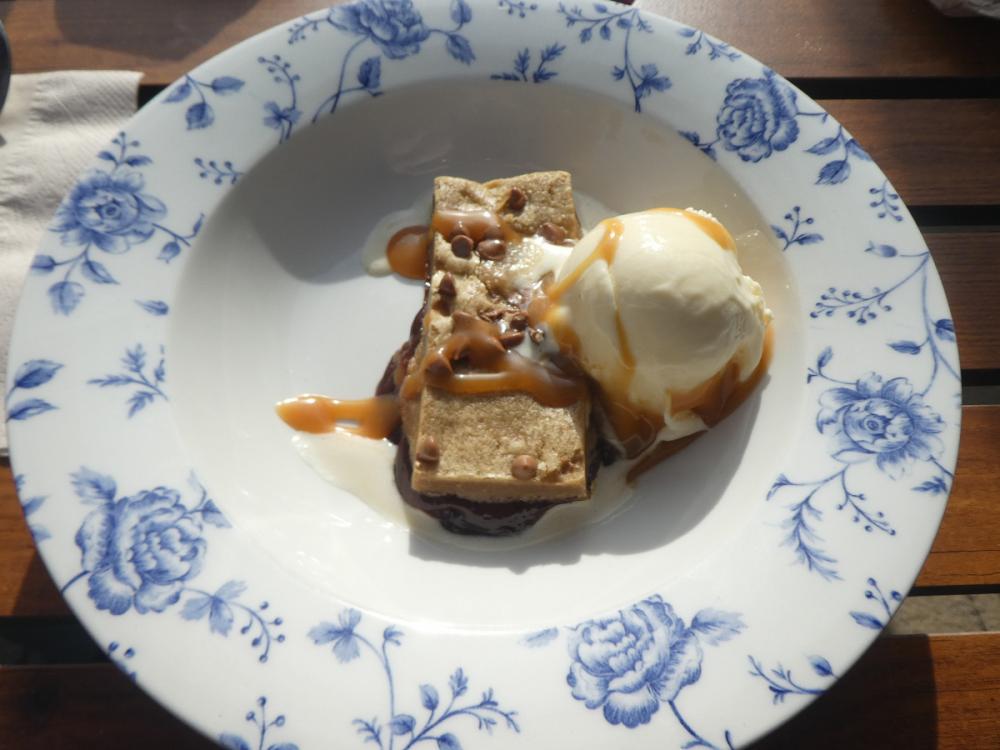 It was sadly now time to leave, the jovial atmosphere continued and the band, so to speak, played on.


Also by Graham Clark...
The Return Of Manic Street PreachersSunday Lunch At The Woods, Chapel Allerton, LeedsBy George It’s Got It - The George Bistro, CleckheatonPaco Versailles - DancemencoA Taste Of Italy ....In Collingham