Fernando Alonso, who is returning this year for a third stint with the Renault Formula 1 team which has now been rebranded as Alpine, sustained a fractured upper jaw yesterday whilst cycling near Lugano in Switzerland. 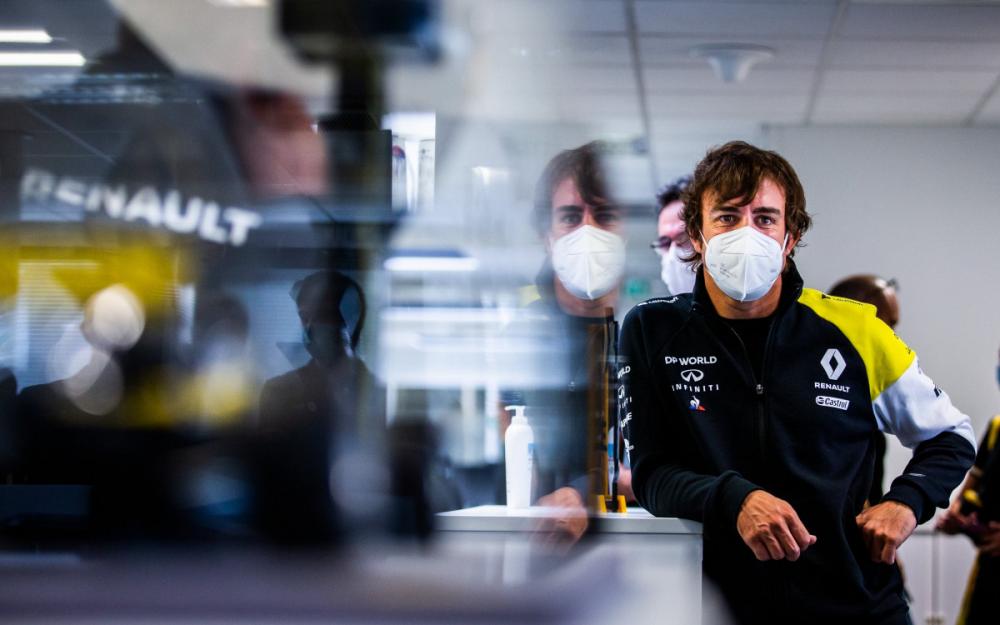 Fernando Alonso has undergone surgery to repair a fractured jaw following a cycling accident
The 39 year old Spanish double champion, who has been away from F1 for the last two seasons, has undergone successful surgery to correct the fracture and will remain in hospital under observation for a further 48 hours. After several days of complete rest he is then due to resume his training schedule and is expected to be fully available to take part in the single pre-season three day test starting on 12 March in Bahrain and the opening race just over two weeks later at the same venue.

Elsewhere, key issues impacting on the future of Formula 1 were discussed at a meeting of the F1 Commission yesterday and there was unanimous approval from the teams, the FIA and Formula 1 for the introduction of an engine freeze with effect from next season and lasting until the end of 2024.

The new President and CEO of Formula 1 Stefano Domenicali (successor to the previous Chairman and CEO Chase Carey) had recently pushed for all teams to accept Red Bull’s desire for an engine freeze. Honda produces the power units currently used by Red Bull and its sister team AlphaTauri, but the Japanese company is set to leave F1 at the end of this year. Red Bull had indicated that they would be willing to take over the Honda engine technology provided they weren’t then drawn into an expensive development war with rival power unit manufacturers Mercedes, Ferrari and Renault. If not, a possible departure from the sport for the two Red Bull teams may have ensued and this was something that the Formula 1 authorities very much wanted to avoid. 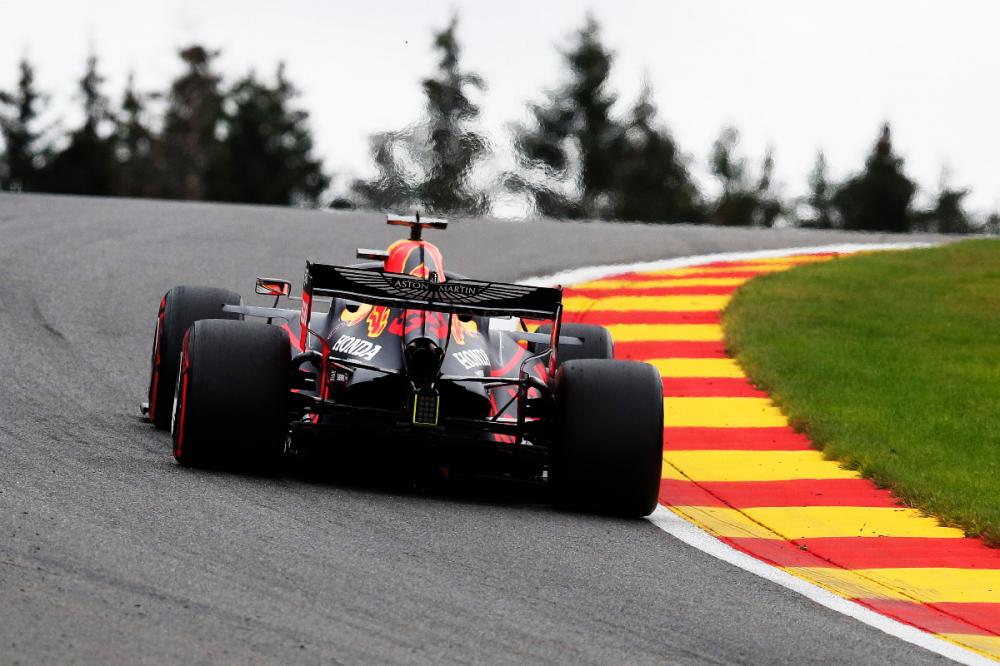 All teams have agreed to Red Bull’s request for an engine freeze
The engine freeze from 2022 to 2024 will also enable teams to reallocate the money saved to aid development of the new and cheaper power units to be introduced in 2025, a year earlier than originally intended. Formal approval of the freeze by the FIA World Council is expected shortly. However, 2022 to 2024 is also the period within which F1 has committed to introduce sustainable fuels, so it will be interesting to see how this develops.

On the subject of possible changes to the race weekend format, Domenicali had also recently confirmed that the previous partial reverse grids proposals, which had very much been opposed by Mercedes in particular, have been shelved. However, in the interests of improving “the show” for fans over a Grand Prix weekend the idea of Saturday sprint races has been floated. The idea is to replace Friday’s one hour second Free Practice period with a qualifying hour to set a grid for an additional 100km Saturday sprint race, in which the top eight finishers will earn reduced points.

The result of the Saturday sprint race would then be used to form the grid for Sunday’s Grand Prix and it has been proposed that this new framework be trialled this year in Canada, Italy and Brazil. At yesterday’s meeting the teams confirmed that they were open to the idea of sprint races, but requested more details and more time to consider the implications of issues such as tyre allocations and any requirement for pit stops. It sounds like a really positive idea in principle as most fans have little or no interest in the current free practice sessions and crave direct competition. The feeling is that the sprint races will prove far more attractive for viewers and also fans attending a three day Grand Prix weekend when this becomes possible again. 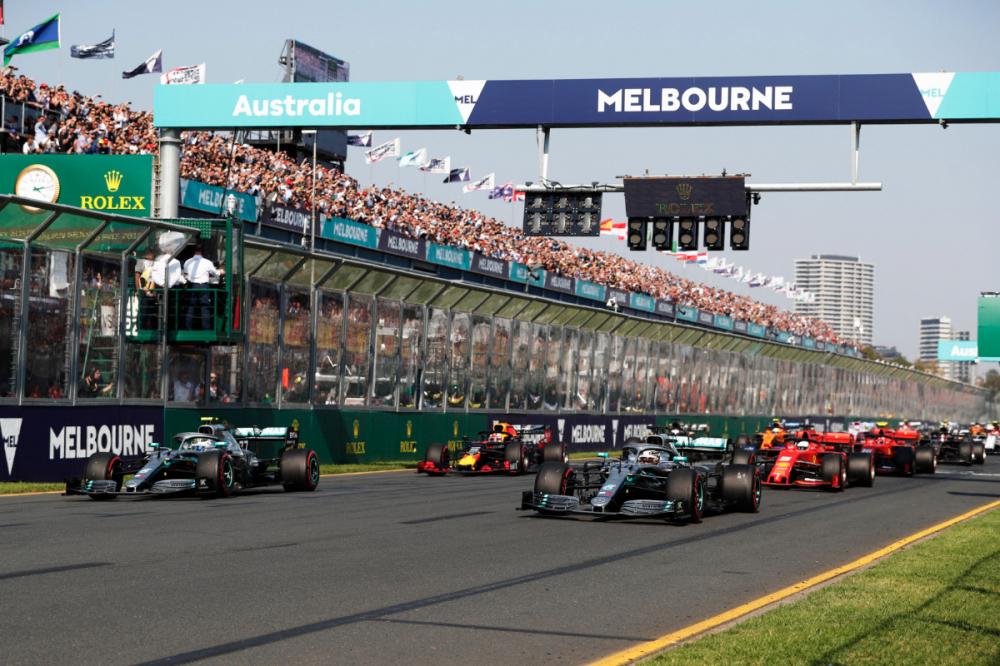 Additional sprint races may be added to the standard Grand Prix weekend format
The idea of a possible salary cap for drivers and the highest paid team members at some stage in the future was also discussed, but no final decision was made. It had been thought that this year’s 23 race calendar might have been raised in terms of whether a Grand Prix would be held in Portugal on 2 May due to the ongoing impact of the pandemic, but it wasn’t. If there proves to be a problem, it’s possible that Bahrain might end up hosting the first two Grands Prix rather than just the opening round.


Also by Graham Read...
Red Bull Joins The Launch PartyAlfa Romeo’s C41 UnveiledAlphaTauri’s AT02 Breaks CoverMcLaren Launches Its 2021 ChallengerHamilton Agrees A New One Year Deal With Mercedes
Domenicali has also agreed with the teams that, although there are three tripleheaders of races on consecutive weekends scheduled for this season, they should be avoided if at all possible with effect from 2022. The logistically most challenging one this year will be the Russia - Singapore - Japan trio in late September and early October.

In other Formula 1 related news, Romain Grosjean, who was dropped by the Haas team at the end of last season, is to compete in this year’s IndyCar Series in the USA with the Dale Coyne Racing-Rick Ware Racing team after recovering from the injuries sustained in his fiery Bahrain ﻿Grand Prix accident last November. After 180 F1 starts and 10 podium finishes the 34 year old Frenchman will compete in all 13 road and street races, but has chosen to miss the super speedway events for personal safety reasons.