Alpine A110 - A Keen Driver’s Delight 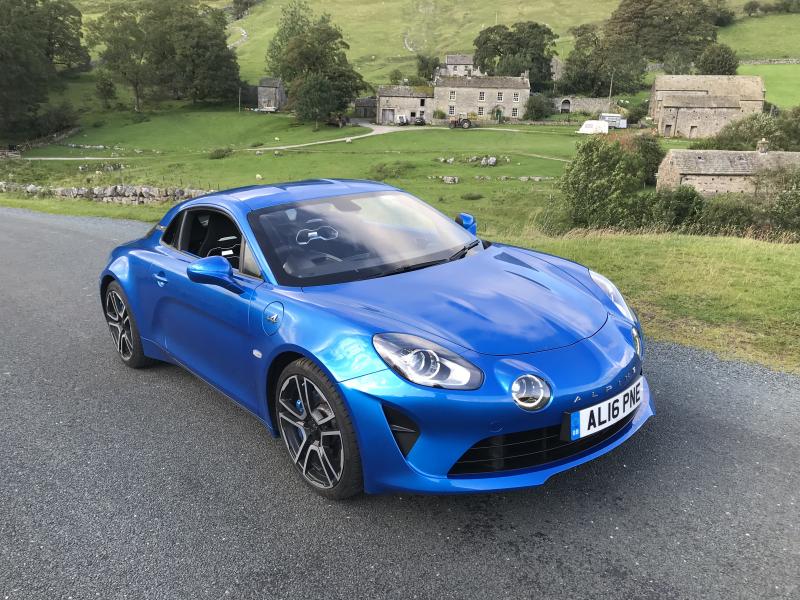 Every year the Northern Group of Motoring Writers chooses a Car of the Year. The current format sees members pick the three most outstanding cars that they have driven during the past twelve months.

However, to add a little spice to the occasion, members also choose a wild card entry, a car they would like to drive and consider for the award. I chose the Alpine A110 and so it seems did most of the group!

As group chairman and organiser of our drive event at which all the nominated cars were assembled for us to get behind the wheel, I requested the Alpine be delivered to me for the weekend in question. Chairman’s perk! 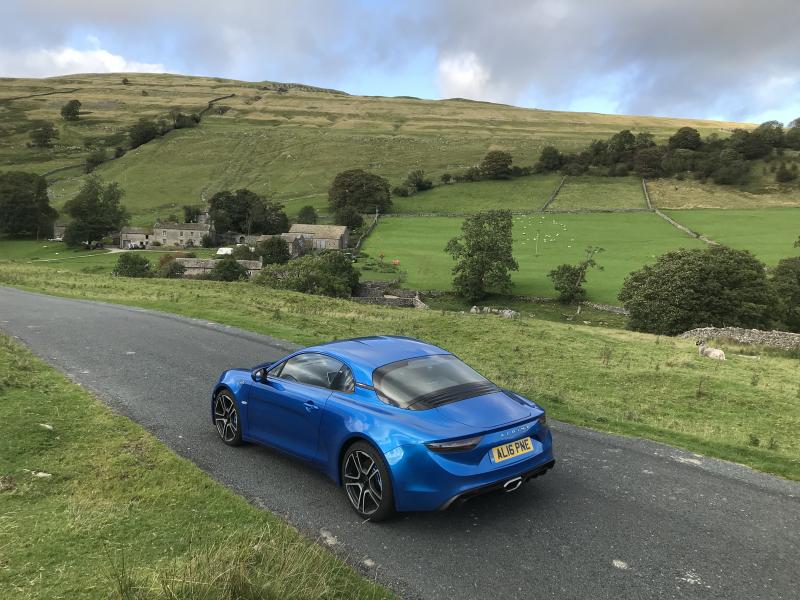 The car was trailered up to me the day before we were due to gather and work commitments precluded an immediate drive. At around 4pm I abandoned the keyboard and decided to head out for a quick spin.

I had a short route in mind, but once underway this idea quickly went out of the window and I returned home some four hours and half a tank of fuel later.

It was easy to be beguiled by the svelte French coupe. Sensational looks hide a lightweight aluminium body and powerful engine.

Boasting 248bhp, the four-cylinder turbocharged powerplant endows the Alpine with scintillating performance. A 0-62mph sprint time of 4.5 seconds is a fair indication of what is available at a twitch of the right foot. 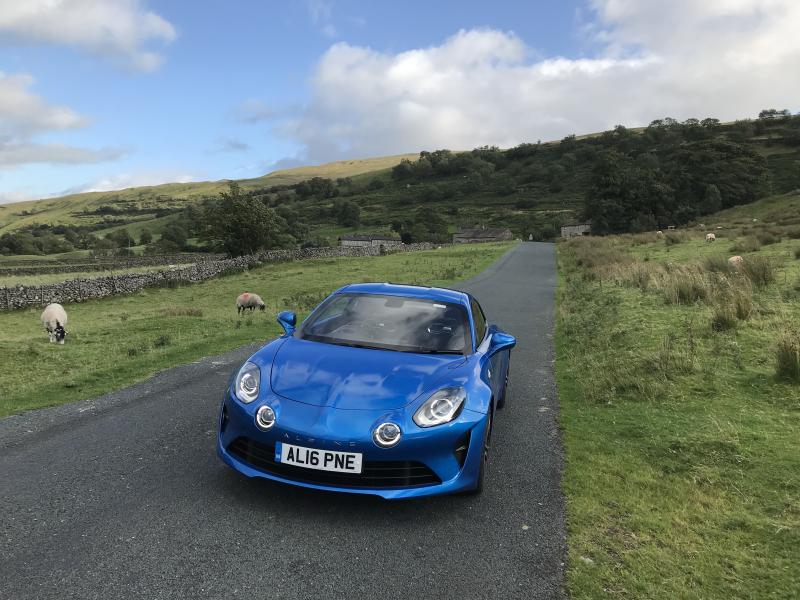 The power is channelled through a seven-speed DCT self-shifting gearbox, with steering mounted paddles for ultimate control. There is sadly no manual option.

Alpine quotes 44mpg for the combined cycle, achievable I expect if a modicum of restraint is exercised. I achieved just 27mpg which is a fair indication of the fun I had behind the wheel!

My exciting drive encompassed most of my favourite local test routes through the Dales. The combination of compact dimensions, power, light weight and a superb chassis all added up to handling nirvana.

The A110 corners flat and with precise steering, can be hustled down even the narrowest country lanes with millimetre precision. 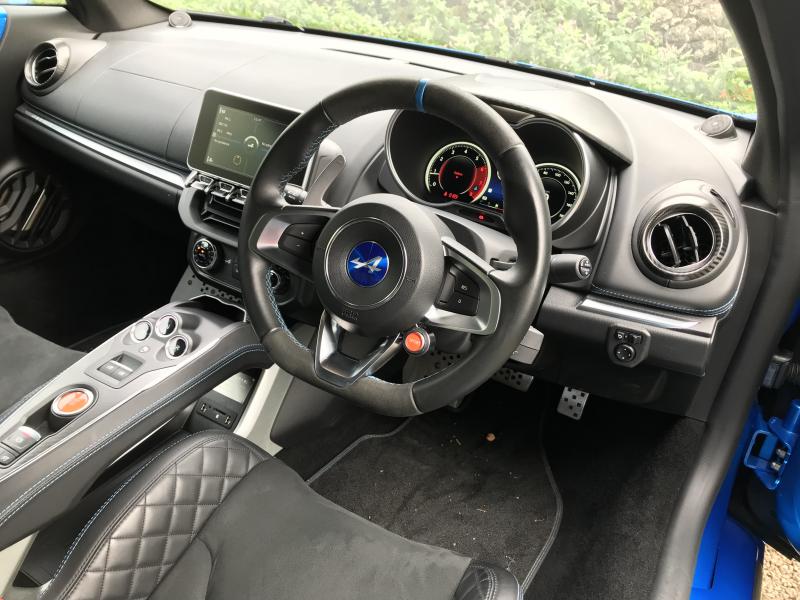 The ride is firm, as to be expected, but never harsh, at least from behind the wheel. I was later to discover, it feels somewhat harsher from the passenger seat. But who cares as this is a car to take out for a weekend blast to forget all your cares and worries.

The A110 Premiere Edition as tested weighs in at a heady £51,810. It is well equipped but lacks a certain polish in some directions. The infotainment and satellite navigation system appear to have been bought in from Suzuki and is a little low rent. The DAB radio also failed to pick up very much, so I made do with the engine’s cultured soundtrack.

Premium pricing means premium opposition and the most obvious rivals are the Porsche Cayman and Audi TT RS. Both offer a level of solidity and build quality the A110 cannot match and for many the argument will end there.

However, the Alpine feels lighter on its feet than both and offers an air of exclusivity that the German rivals cannot hope to match. I’d argue the French car is more fun too, but feel free to disagree. 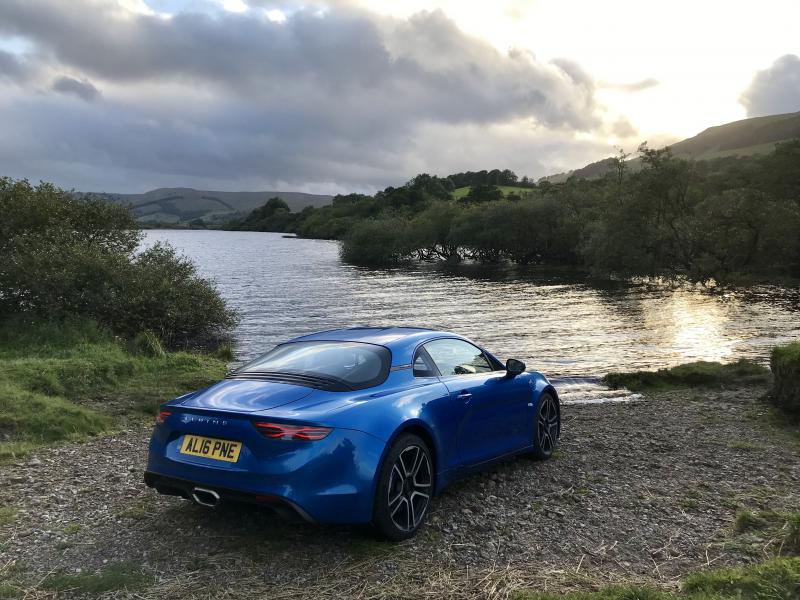 At the drive event, the Alpine was the car in most demand and it was barely still all day. All returned the car to base with a huge grin on their faces so clearly, we made the right decision to include the car on our shortlist.

So did the Alpine A110 win our Car of the Year award? I predict a top three finish and the full result will be revealed very soon. 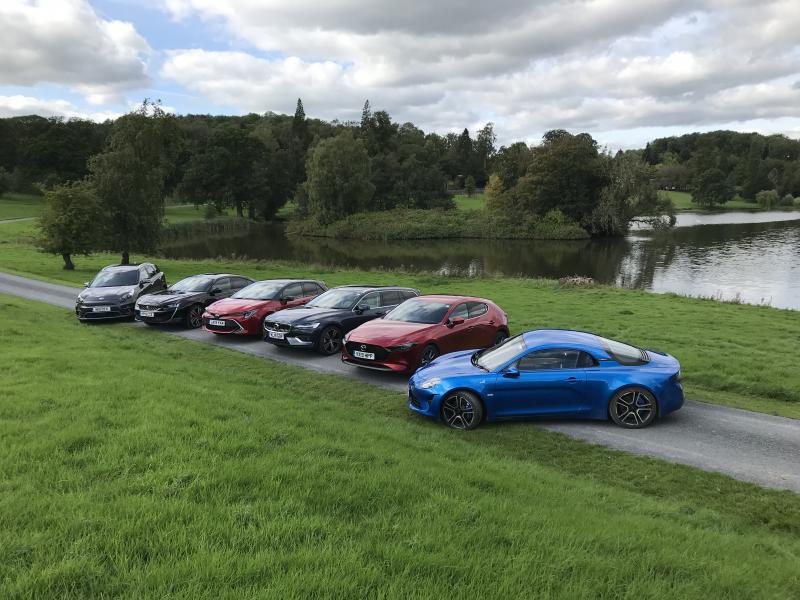 The NGMW Car of the Year Line Up