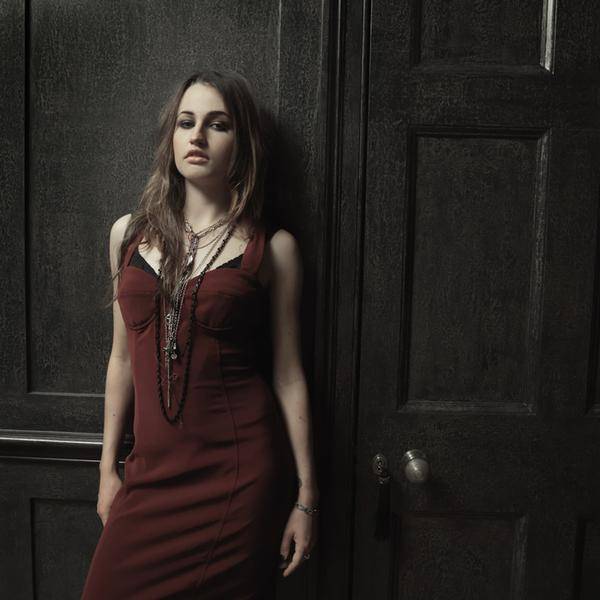 Amy Studt
Amy Studt has had a rather tumultuous ride. Aged 12 she was diagnosed with a rare bone disease - osteomyelitis - in her hip, leaving her bedridden. During this time, the daughter of two musicians channelled her energy into her own musicianship. Before she turned 16 she had signed a record deal with Polydor and scored her first Top 20 hit with Just A Little Girl. A year later she broke the Top 10 with the #6 charting and still addictive Misfit, while her debut album, False Smiles, charted at #18. Although championed by Sheryl Crow, her debut album failed to shift enough copies to maintain her record deal and she soon found herself in the musical wilderness.

While she took a little time out to digest her roller-coaster ride, she returned in 2008 with the truly impressive but sadly overlooked My Paper Made Men. Displaying a lyrical genius and edgy pop brilliance, My Paper Made Men should have seen her catapulted to superstardom status. Instead she parted ways with her management less than a year after the album's release. A nervous breakdown followed and Studt's public profile waned.

However, while recovering she once again found solace in songwriting. The announcement of a creative collaboration with The Hatcham Social's Toby Kid arrived back in 2015, but her loyal fans have been patiently awaiting the arrival of Happiest Girl in The Universe ever since.

While the wait may have seemed like an eternity, it was one that was most certainly worthy of the patience. Happiest Girl In The Universe has the creative flair of Kate Bush married to the melancholy of Lana Del Rey delivered with the panache of Marina.

A deeply personal collection, this is an insight into the mind of a creative but troubled genius, who is unafraid and unashamed in sharing her highs and lows. While there are the daunting depressive lows explored, the whole record is carried by a refreshing and real sense of hope. Studt has had a tough ride but there is a bright light at the end of her tunnel.

Without a lowlight, the album is at its most compelling when she allows the experimental air of Bjork to take hold. Album opener I Was Jesus In Your Veins is powerfully thought provoking, but the vocal vaulting of Violently With Love is the song that will leave you with tingles.