An Echo In The Wind: Date With Danger By Julia Chapman 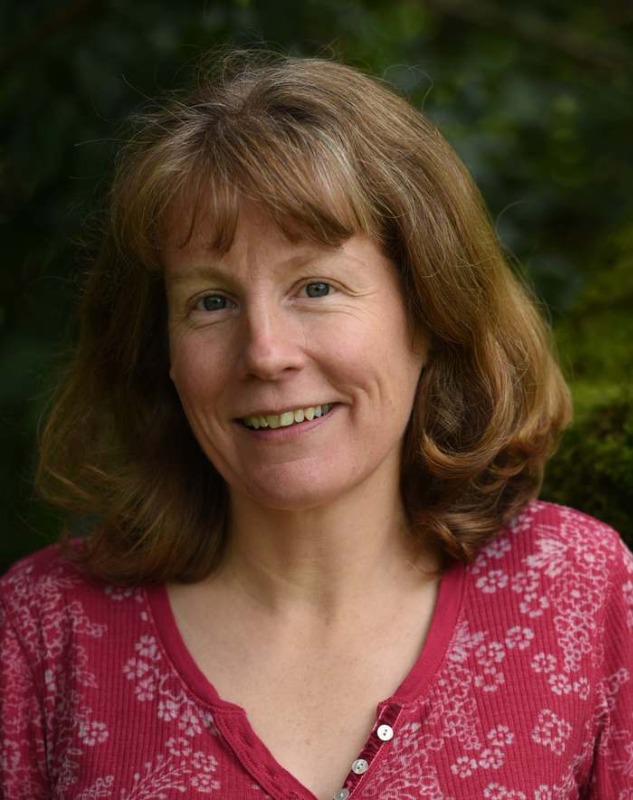 Julia Chapman
When I was twelve or thirteen, a mainstay of Rawthorpe County Secondary School English Language classes was something called ‘Comprehension and Understanding’. If I was oblivious to the efficacy of this curricular activity fifty years ago, then experience has opened a window on its wider application. The idea was to render a version of a given paragraph, or several paragraphs, of prose, in blind synoptic form, reducing the text to its salient points. If the sense of this escaped me in 1969, I know now that the mechanism of précis is a useful tool for essay writing, research and note-taking. I was rather good at it; it was a handy means of acquiring basic grammatical skills and legibility in the blotted and smudged days before the advent of word processing.

A shortcut to definition, the method is now widely employed in the kind of book review which strives to yield a swift handle on narrative and plot – the tabloids use it widely in snappy, soundbite form, presumably as a means of hooking the reader. Frequently, this is the beginning and end of critical engagement.

And at one level, the novels of Julia Chapman are susceptible to the same cosmetic treatment: they have palpable plot development, recurrent protagonists, recognisable locations, and more stylised still, they are serialised. So far so circumscribed...but story isn’t everything; the easeful critic entirely misses the box of treasures that these diverting books unleash on the itinerant imagination. Her latest excursion in the Dales Detective series – this is the fifth – is astonishingly engaging. And sure, Date with Danger returns Samson O’Brien and Delilah Metcalfe, together with a host of other familiars, to the field of vision. All, along with a landscape which grows more microcosmically comforting with each novel, bolster a narrative which is forensically planned, circuitous and effortlessly readable.

Characters and landscape are the motors which drive all other considerations here because the two dovetail to deliver a, probably illusory, sense of continuity. Strong tea, that commonplace emollient, oils the wheels of grief and loss more effectively than the cold comfort of criminal investigation. Insinuated as resoundingly as Proust’s Madeleine, it is the only and obvious temporary relief to Mrs Watson’s suffering on hearing of her husband Ron’s untimely death at Bruncliffe Auction Mart, the central incident in a nucleus of interconnected plot angles. The kettle is rarely off the boil in Ms Chapman’s narrative, and if its steaming omnipresence points to a social cohesion recognised intuitively, she also knows that it can only be a palliative: her tenderest moments remain cognisant of the power of words to fill the empty cup.

Ever a purveyor of mood appropriate to the context of her story, this novelist breathes more easily as the clouds lift. And clouds are a frequent, and frequently documented, natural phenomenon here, as you might expect from a story of Dales folk, farmers and the outdoors. Not least the one which currently hangs over Clive Knowles of Mire End farm, in the shadow of Pen-y-Ghent. The commonplace lowering skies are a highly serviceable metaphor for the present anxiety of the grubby, anachronistic farmer who is severely discomposed by the counter-intuitive feelings he has for his new housekeeper. Her presence arranged by Delilah, in her capacity as Dales Dating Agency proprietor, Carol Kirby is a stopgap before the impossible task of finding suitable bride material can be found. And with serendipitous irony, Clive falls for her unlikely charms. As light as a light thing, the blunt and tight-fisted shepherd enjoys an epiphany, in one of those delightfully witty sequences that illustrate Julia Chapman’s great skill at caricature. Impoverished by matters of the heart, Clive becomes a reedy version of his former self:

‘It’ll bankrupt me,’ he muttered at the dog. ‘If I don’t
get a hold of this love lark soon, I’ll be a lost man.’
‘Clive!’
He turned to the woman standing in the doorway of his
house, her strident call a sweet symphony to his ears.
‘Dinner’s on the table,’ she shouted. ‘It won’t keep.’ The
back door slammed shut. 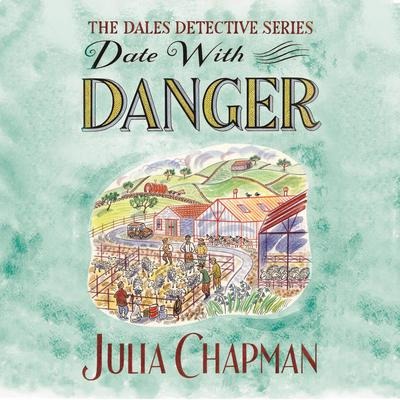 Humour is as integral to Chapman’s stories as it is to the small town rural lives upon whom her fiction is modelled. And as the ancient Greeks found when they sandwiched Comedy in between performances of Tragedy on hot Athenian afternoons, it lightens the burden of pain unfolding on the Skene...or at the auction. Julia Chapman is not Ian Rankin; authenticity demands, also, the coin’s obverse, and the flipside of murder, sheep rustling and blackmail must be the stuff that makes us laugh. In such a universe, the painting of Texel sheep neon pink to render them valueless to prospective thieves is a consummately daft, but curiously plausible means of soothing the nettle sting of crime with the dockleaf of levity.

There is a sharp sense of propriety here; a sense of rule observance which is old as the hills. And the practical good humour of many of Chapman’s protagonists tempers the wilful misunderstanding of local mores by others who test the limits of an unspoken but intuitive social benevolence. Biting the hands which feed him, the mendacious but artful property developer Rick Proctor hangs over the narrative like a low cloud, whose gilded outward appearance conceals the suggestion of an oncoming storm. And he is on good form in Date with Danger, picking up the reins of nefarious doings where he left them in the previous excursion.

Finding connections in tangential plots – his thriving cannabis farm on the remote reverse slopes of Pen-y-Ghent has been discovered and he, and his accomplice, Bruncliffe’s Mayor, are being blackmailed by infamous Ribblesdale poacher Pete Ferris to the tune of £250,000, enough to clear the latter out of the valley in perpetuity – is Julia Chapman’s métier. Elsewhere, the consonance of several other strands click, by degrees, into recognition, and it is to the novelist’s huge credit that she is able to knit these disparate threads into persuasive coherence.

For without giving away germane details, the feat must demand an immense research effort if only to guarantee a convincing concord of character and plot development. But, Julia Chapman remains at her very best in reflective abstraction. At such moments, all extraneous considerations are cleared away as if by a freshening wind, and we are gifted turning points, signals, in the bounty of a sustaining landscape:

‘And that was it. A brief meeting, over in minutes, the two cars gone from the yard, the cafe and its grounds lapsing back into neglect. From across the dale came the haunting cry of a curlew, its lament echoing in the empty spaces where a man’s life had just been placed in jeopardy.’


Also by Steve Whitaker...
Poem Of The Week: 'Vanitas Vanitatum' By John Webster (C. 1580 - C. 1632)‘Those Things We Do Not Say’ : All The Beautiful Liars By Sylvia PetterPoem Of The Week: 'Blood And Lead' By James FentonPoem Of The Week: 'The Urine Specimen' By Ted KooserBitter Fruit Ripening: The Kilt Of Many Colours By David Bleiman
And that same breeze blows away preconception in this writer’s sure hands: the linking of a family of gypsies with sheep theft turns out to be as illusory as the cultural assumption which informs it. Heroes of the day in the end, along, naturally, with Delilah’s flatulent Weimaraner, Tolpuddle, the three travellers – Kezia, Manfri and Leon – confound expectation in the most unlikely fashion. Along with the vicarious rehabilitation of an ex-con, the affording of second chances is a comely Dales corrective in an otherwise cynical world.

The world of Bruncliffe is a bubble in time and place, a mirror which reflects a mythologizing, or delightful distortion of reality. An established Julia Chapman leitmotif is to return us to a semblance of reconciliatory parity. The tying-up of loose ends, the restoration of good sense, is Shakespearean in tone. When, as reader, you feel a valedictory breeze on your face...

‘Because there was something in the air, something akin
to relief that the sheep were safe, that the criminals had
been caught, that the gentle balance of life in the Dales
had been re-established’

...and narrative proposals are joyfully accepted, drinks and wholesale applause tendered, you become aware that this mini-universe has turned full circle, as completely and satisfyingly as if it were presided over by Oberon and Titania.


Date With Danger is published by Pan Books