An Interview With Heather Child: Author Of Everything About You And The Undoing Of Arlo Knott 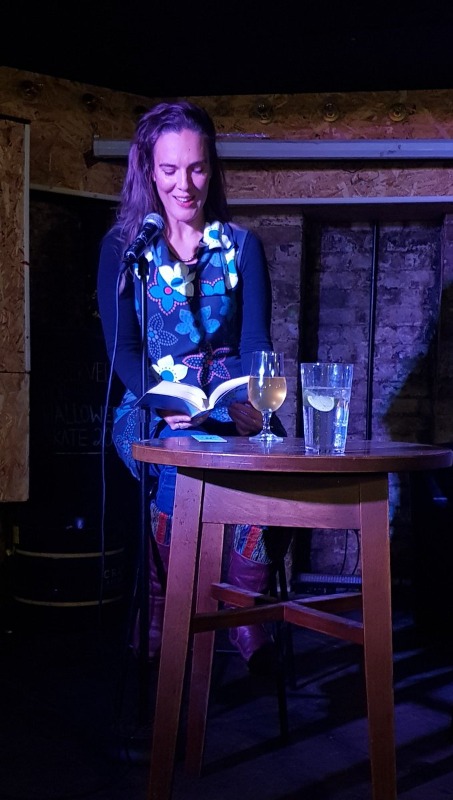 Heather Child
In her debut novel, Everything About You, Heather Child writes about new technologies in a way that both celebrates their creation, but also warns about the potential dangers they may hold for our privacy, data security and even our free will: “It’s said that science is about understanding the world, while technology is about changing it. Since we are increasingly becoming supervisors in our own lives, with smart devices second-guessing our every need, I think it’s worth keeping an eye on the ratio of convenience to control. It’s like following a Sat Nav – generally a good idea to trust it, but you wouldn’t want to lose the option to choose your own route”. Whilst at the same time championing new technological breakthroughs, she is also wary of them.

Child is a Bristol-based writer and has worked as a digital communications professional for the charity sector. This experience has given her a unique insight into the developing world of social media: “Automation and personalisation technologies are perhaps more apparent if you work in marketing. I started writing Everything About You a decade ago, but even then people were noticing the effects of maintaining increasingly vital ‘online selves’, and finding them subject to manipulation, ‘filter bubbles’ and other influences, which of course leaks back out into real life”. And it is interesting to see how some of Child’s predictions about new technological developments have already started to come true, such as augmented reality smartglasses. “If you write a tech novel,” she reflects, “you have to get a move on before reality catches up. Some of the things I imagined were invented during the writing (e.g.'Google Cardboard')”.

In Child’s latest novel, The Undoing of Arlo Knott, we learn that her protagonist has an “ability” to “undo” any action — a power he uses to his advantage, sometimes for good, other times less virtuously. Thus does Child present us with a credibly flawed character. Despite Arlo having many noble traits, these are often undermined by flashes of ego and errors of judgement. As Child indicates, “he was always intended to be something of an anti-hero because that way he can have a lot more fun with his gift. I seem to recall an editor requesting I make him 50% more likeable (and 10% more sexy)”.

For Child, creating an authentic and multifaceted character is very much an organic process: “As an ideas person, I have to work quite hard to make characters come alive. This means imagining their thoughts late at night when I can't sleep, then waking up in the morning suddenly knowing how they feel about climate change, or authority, or skinny jeans”. Her approach to character-naming is similarly instinctive: “In general, names hang around if they feel right, or disintegrate if they don’t”.

Arlo’s ability, in essence, is a metaphysical “Ctrl+Z” function for undoing life’s mistakes. It is a fabulous conceit, which Child reveals “came about through noticing how much easier it is to ‘undo’ errors on a computer than in real life, where they are often indelible. I wanted to explore whether cutting out mistakes would really make things easier, whether it would make you a better person. Writing novels,” she clarifies, “is about exploring what fascinates you, testing out shaky truths. I think you have to write a couple before you see the themes that emerge”. 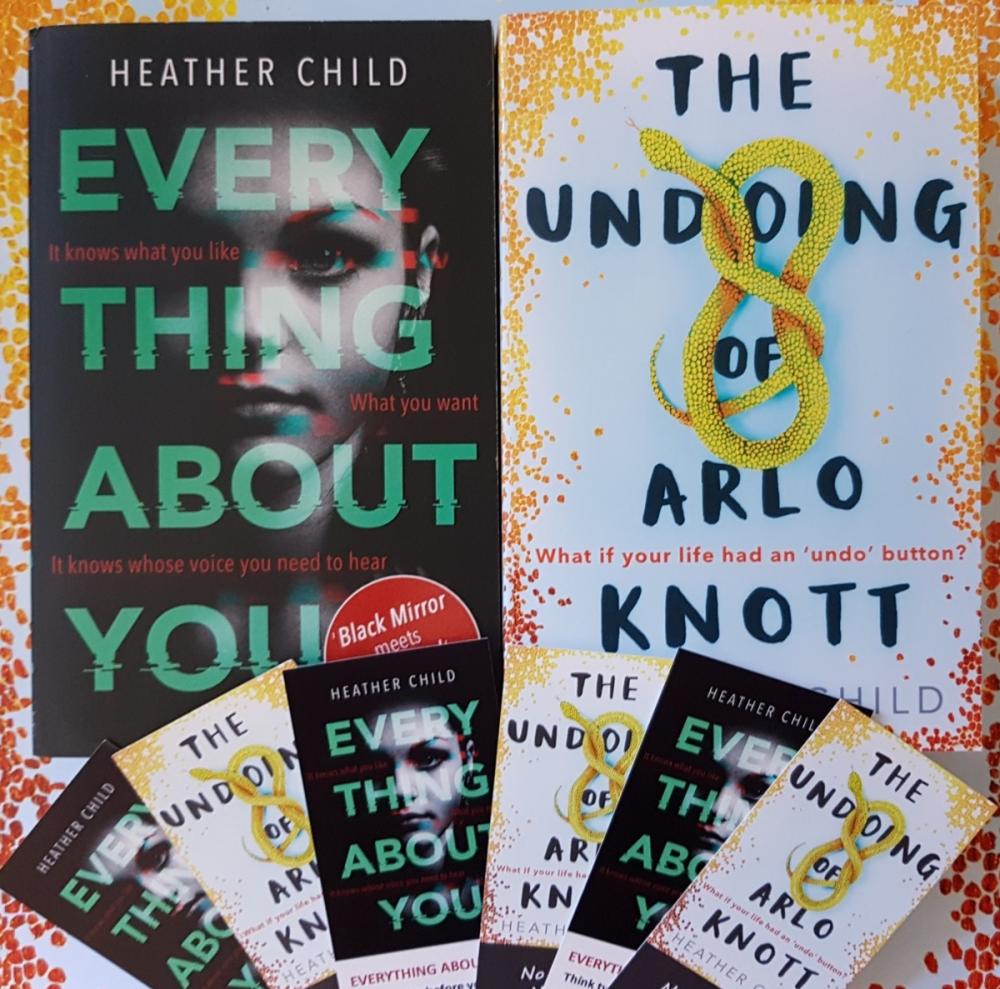 Child renders recondite concepts accessible to the everyday reader. In the case of Arlo Knott, she draws on researches into quantum physics and explains, with clarity, how his ability could in fact be scientifically plausible: “The book examines the notion of 'undoing' from so many angles – one of them should really be science! There is something called Backwards Causality which has proved, rather tentatively, that time can run backwards – in theory, something you do later in the day could affect what is happening to you now”. But at the same time, Child advises us not to get our hopes up too soon, for “in practice it is impossible to measure quantum principles on a macro (i.e. human) scale, and Arlo’s gift is pure fantasy”. In other words, whilst we can put a man on the moon and split the atom, our chances of possessing such a power as Arlo’s in the near future are unlikely!

A recurring theme in Child’s fiction is the nature of reality – or versions of reality in conflict. “Fiction,” she explains, “is – by definition – stylised reality,” but she notes also that “reality means nothing unless you look at it through the lens of speculative fiction”. Her works act as discursive platforms in this respect. In Arlo Knott, these discussions take a philosophical turn, exploring realities of the imagination and sub-realities in time. As Child says of her protagonist, it is easier to examine the nature of mistakes from the point of view of a character who literally has the power of hindsight”. Indeed, Arlo can quite literally change the shape of his reality with a single corrective thought. But this also means that reality is never static for him. By his own admission, he is unable at times to distinguish true events from those left on the cutting room floor of his subconscious! Consequently, we may question his integrity as a reliable first-person narrator. In Everything About You, the theme of conflicting realities is explored through beguiling virtual and hyperreal experiences: “Regarding technologies, it’s interesting to follow the growth of deep fakes in film-making, or the nascent trade in VR holidays – these overt attempts to mimic reality. Social media also allows us to live in a world skewed towards what we want to believe, and all of this is designed to be tempting and delightful”. But, as more screens enter our lives, and as we continue to retreat further into electronic safe spaces, Child suggests that we are in danger of becoming disconnected from hard reality. “I guess in the future”, she concludes, “we’ll need to reassess the benefits of keeping our feet on the ground”.

Whilst covering many profound subjects in her fiction, Child doesn’t set out specifically to be instructive or teach points of morality on these fronts. “Being didactic”, she explains, “is a pitfall, however every book has an argument of some kind at its core. I usually have things to say, since I’m writing ‘ideas’ novels, but the trick is to let go of this to some extent, take a step back and let the story grow a bit wild”. Child strikes exactly the right balance in this respect, and also injects healthy doses of humour along the way to counterbalance the higher moral underpinnings of her work. “I’d love to be able to write a comic novel,” she adds. “Jonathan Coe has written two of the best with What a Carve Up and The House of Sleep. Humour also works well with dark material, which I think is why Death is such a popular character in Terry Pratchett’s Discworld series”.

But humour – for the present, at least – may be in short supply, as Child rightly asks: “How do you write dystopian fiction while living in dystopian times?”. In truth, there is a certain irony in the way our present lives now resemble those of a post-apocalyptic fiction. “Woe betide anyone trying to write about a deadly disease”, Child adds. “I suspect the public appetite for such novels will be dampened for some time!”. Certainly, my own copies of Albert Camus’ The Plague and Mary Shelley’s The Last Man, though at first revisited by way of novelty, have now been suitably re-shelved. But I was still compelled to ask if the experience of writing under lockdown had been in any way inspirational for Child. “Writers are used to solitude”, she confirms, “but it has made me realise that socialising is an essential counterpoint to being a mad artist scribbling in the attic. I’ve had more time to write, but haven’t been as stimulated and productive as I would have liked”. 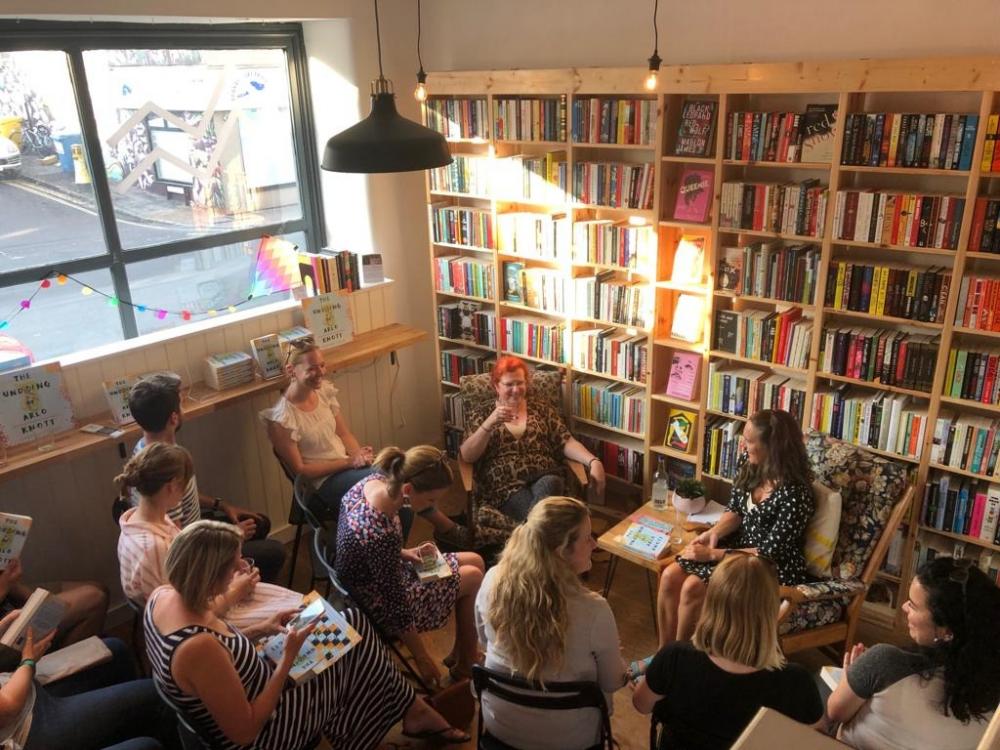 Incidentally, though dystopian themes are to be found in Child’s works, and though certain aspects are comparable to those of cyberpunk, her writing defies rigid classification: “I’m one of those authors who doesn’t write squarely within a certain genre. I assumed I was just writing contemporary fiction, but it turns out it is ‘crossover’ or ‘speculative’”. Indeed, Child’s latest fiction is an exciting admixture of magic realism, thriller and even travelogue, with elements of mystery and English folk legend incorporated for good measure!

The above-mentioned legend is that of St George and the Dragon, which Child cites as one of her key influences. The novel’s opening epigram is an excerpt from this very legend and compliments her usage of dragon and knight imagery throughout the story. As she explains, “there is an undercurrent of the myth of St George and the Dragon, as he [Arlo] wants to be a hero but must first wrestle with the poisonous and otherworldly source of that heroism”. In a sense, Arlo constructs a St George persona to help him chase down the dragons (or personal challenges) that beset him through life, some of which are of his own making. But as Child also elucidates, this imagery is further “tied up with his misconceptions about life being a game to win, by any means necessary”. Indeed, gaming and gamesmanship is another key theme in Arlo Knott. In his youth, games and game-playing are very much a part of Arlo’s life. But this evolves into a larger metaphor as his ability comes into its own. Life for Arlo is ultimately reduced to a game, and one at which he can cheat to win.

Fans as well as new readers alike will be keen to hear a sneak update on Child’s upcoming project. “My third book,” she reveals, “is about narcissism, set in a new country in which the most popular person is in charge. Sort of like an ‘instagramocracy’”. And though not part of an unofficial trilogy, readers will be interested to learn that her latest work will fit comfortably within her developing paracosmos: “All my books are standalone, or so I thought. Book three, being slightly futuristic, seems to have landed in the same universe as Everything About You, with mega-corporation ‘Smarti’ still having a monopoly on everyone’s data”.

To conclude by way of an in-joke, which fans of Heather Child may appreciate, can I say, Mr Stephen Fry, if you have read and enjoyed The Undoing of Arlo Knott, please stand up!


Also by James Goodall...
“Love All, Trust A Few, Do Wrong To None”: Leave The World Behind By Rumaan AlamQ & A With Susannah Wise, Author Of This Fragile Earth“Where Men Can’t Live, Gods Fare No Better”: This Fragile Earth By Susannah WiseA Greater Obedience To Authority: From Richard Condon To Stanley Milgram'Numbers Rule The Universe': Q By Christina Dalcher