An Oktoberfest In Name Only 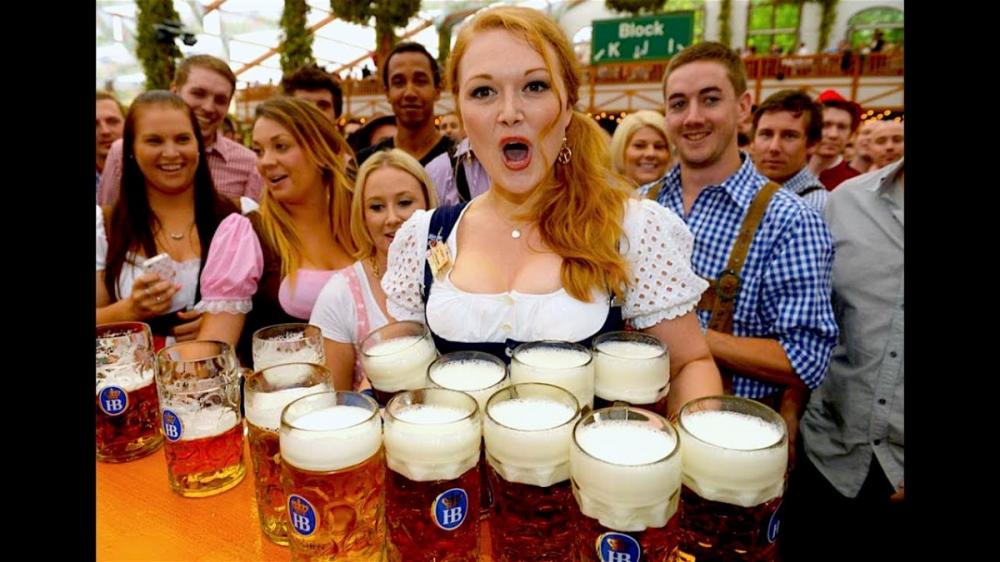 The first thing that might surprise is that the Munich Oktoberfest actually begins the month before. This being late in September, I would normally be in Munich indulging my passion for German beer and drinking culture at the annual Oktoberfest’s two-week celebration on the Theresienwiese grounds. Needless to say it is cancelled and, had it not been, I would not have been taking the risk.

Most of its 6 million visitors will no doubt feel the same but just in case any of them were planning to creatively get round the problem by holding their own Bier Extravaganzen, the local authorities have banned all alcohol in the park where the festivities take place. Indeed, the Police were out this Saturday dispersing spontaneous gatherings, according to the Süddeutsche Zeitung, Bavaria’s leading daily, which reported impeccable behaviour where normally there would have been much revelling.

It has been cancelled before, surprisingly often in fact, having only taken place 186 times over its 210-years history because of war and pestilence. The third surprising feature, perhaps, is that unlike our large beer festivals, the beer served in the tents ‘on the meadows’ at the world’s most famous festival is restricted to just six breweries: Paulaner, Hacker-Pschorr, Löwenbräu, Spaten, Hofbräu, and Augustiner. What they have in common, of course, is that they are all Munich-based.

The overwhelmingly popular beers, the Oktoberfest Märzen and the Oktoberfest Bier, are both brewed by Paulaner, specially for the occasion but exported throughout Europe. They are definitely not session beers, both being around 6% ABV. The Märzen, bier to the Germans, lager to us, recreates the amber-coloured brew that has been served here for over two centuries. Adhering to the Reinheitsgebot, the brewing purity laws dating back to 1516, it contains nothing but water, malted barley and hops. It takes its name from March when the bier was historically brewed and then cellared or lagered through the summer for optimum release in September. The Pilsner Malt, exclusive to Munich, is balanced with Herkules and Hallertauer hops. It has a full head that feathers away to a perfect lacing. It’s a heady beer full of malty sweetness overlain by hop bitterness. Once tasted, it is a drink never forgotten.

Surprisingly, in my opinion, the light golden Oktoberfest Bier, outsells it. It pours a golden colour and is a typical German Helles if a little stronger. I’m surprised it sells so well because it is very similar to, if slightly lighter than, the Paulaner Original Münchner Hell, which you can get all the year round.


Also by Andrew Liddle...
Big Day Reality Captured In ScarboroughOn The Ridge In Good Company: October Beer Of The MonthCurfew Threatens Pub ClosuresA Portrait Of Place – A Study In Glass By Gillies JonesAdele Howitt’s Hinterwater Project
Munich is a wonderfully free-spirited city renowned for its pubs and large-scale beer gardens, not least the famous Augustiner-Keller which opened in 1812 and boasts about 5,000 seats. Not surprisingly, the Vermieter der Kneipe, the local pub landlords, are enterprisingly offering an alternative, a pub Wiesn, using the local name for the festival - Wiesen is the German for meadows - to entice in those who would normally be in the tents. This according to Süddeutsche Zeitung is controversial because Munich’s R rate rose alarmingly last week. Saturday passed off apparently without incident, however, and at noon the traditional cracking open of barrels was done with customary bravado.

The opening ceremony usually takes place in the Schottenhamel tent and marks the official beginning when the Oberbürgermeister, the Lord Mayor of Munich, taps the first keg and to a deafening roar yells O’Zapft Is! - something like, It’s tapped, yippee! The closing ceremony takes place in the crowded candle-lit Hacker-Pschorr tent, with a rousing, stomping, thigh-slapping version of the Rosamunde, known to us as the Beer Barrel Polka or Roll Out the Barrel.

They certainly know how to celebrate in Bavaria, German’s Deep South, but this year the Oktoberfest will be a low-key affair without the usual revelling. Some of the fairground attractions have been permitted but it’s doubtful all of the usual 8 million litres of beer will be consumed!

I still wish I could be there though!