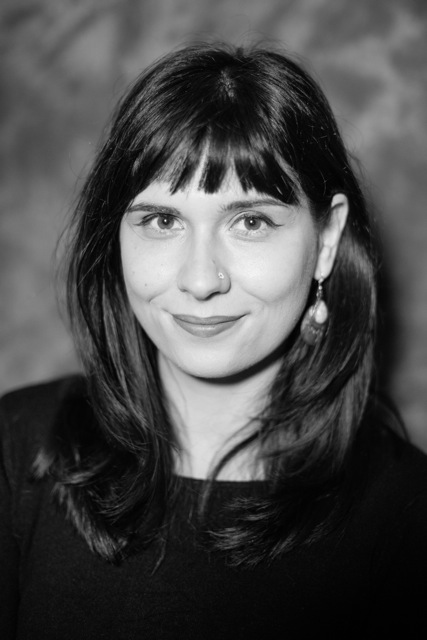 A. L. Michael
This bitterly sardonic, but ironically warm, interior examination of a fractured life in a bonded but mutually destructive family yields a compelling microcosmic picture of a dysfunctional metropolitan landscape. From the opening sequence adverting to the narrator’s grandmother’s death, the narrative plays a game of feigned indifference where crushingly significant experiences are, superficially at least, subordinate to Ellie Kazakis’ drug-focused hedonism. Thefaux detachment, which mirrors an effortless amble between real feeling and the dynamics of division, is wonderfully illustrated at the funeral:

‘...something about painful shoes at a funeral felt appropriate, like penance, or an acute sense of perspective. Yeah, your feet hurt, but you could be dead.’

The first-person narration gives the novel impetus – we experience the details of a katabatic descent as though just lived. That Ellie’s family are of Greek origin adds flesh to a sense of cultural dislocation which hardens, further, her cynicism as to the coloratura dynamics of family relationships. The Greek perspective is significant, here, and Michael appears to be talking from first-hand experience: kicking against the easy adoption of stereotypical roles – at least one of Ellie’s ongoing bêtes noire is an insidious, controlling paternalism – Michael finds a platform for making a wider point about the tenacity of diasporic culture, even at generational distance.

Nor is that ire restricted to expatriates. Her eye-openingly frank dissection of systematic abuse in the counter-intuitive setting of an Art gallery where Ellie works, shadows a contemporary obsession. Except that her pragmatic impulse – she abstractedly masturbates the curator in the hope of advancement, ‘turning’, in effect, ‘a bad situation into an opportunity’ – amounts, if not to a mea culpa, then certainly to the conditional acceptance of a phallo-centric workplace’s entrenched sexism.

Michael’s great skill is to enable Ellie to rise above such cultural challenges with a studied indifference. Impervious to charges of complicity by a revisionism of disinterest – Ellie blindsides her cleaning job by generalising the context of her gallery work to interested listeners – she has, in any case, other fish to fry in her half-engaged and random relationships with men, and casual drug habit. The mental toughness which seems to be a precondition of riding London’s detritic tide, subordinates issues of abuse to agendas of survival. That same pragmatism sharpens her intuitive defence mechanism, helps her to resort to ‘Escape Plan A’ when exposed to imminent danger, even in a half-high, half-pissed torpor.

It is a testament to Michael’s honesty that the London of her novel is a sincere and accurate representation of the hedonism, self-absorption and rapacious sexual self-interest of a kind of reality. She peoples her narrative with bystanders, peppers the streets with passing rough trade who flit in and out of Ellie’s eyeline, sometimes monotonously, sometimes psychopathically and sometimes consolatarily. But the over-arching modus seems to be survival on a mental knife edge, just this side of insanity.

The characters who remain ‘close in’ – the family members such as the concerned brother Nicky, the mother who instinctively knocks off the father’s one-dimensionally misogynistic sharp edges, the grandmother whose death casts a profound shadow over the narrative, and the unnervingly insightful Daniel, who reads Ellie as though in a mirror – are a few of the mainsprings upon which the papery edifice of her life is supported.

For Ellie is a highly intelligent, socially attuned, even gifted, Cassandra: an observer of the truth of cities, and author of despair. There are shades of the acutely brilliant, and profoundly anxious ‘Flea Bag’ of Phoebe Waller-Bridge, in Ellie’s demeanour, in her forensic dissection of impulsive weakness through observation. The sexually rapacious Dex – who ‘never slept with anyone who could hold a decent conversation’ – is a window to the pragmatic and dangerously unsatisfied metropolitan soul, a measure of the narrator’s sometimes cold, sometimes emotionally engaged, ambivalence to those who rage round her like atoms in a nucleus.

Michael’s writing is clean and wonderfully insightful. Her narrative reeks of the tension between a sincere yearning for love, and a fear of the immersion which is a precondition of acquiring it. The inability to focus – itself symptomatic of the modern urban condition – is rendered as succinctly as Michael’s prose allows: ‘He needed the one night stands as much as I needed the one night friends’. The several jobs Ellie holds down are indicative of the footloose, the conditional and the uncertain. The inherent, almost natural complaisance of the first-person narrative is gallows-funny in its paean to self-interest; Ellie can laugh at Dex’s brazen sardonics:

‘We start dating. After a while we get married, have very attractive children with symmetrical faces and hand them off to our parents so we can keep clubbing, pubbing and laughing every weekend’.

Ellie’s existential, mostly undirected, life-drift renders the fruition of Dex’s jocular suggestion possible, at some future point. Her vocation, if vocation it is, is as inherently nebulous as her tangential relationship with the patriarchal status quo, whose own ground is also, mostly, uncertain. She wants to be an artist, but is not sure how to arrive at that idealised destination.

Michael’s sharp and sassy dialogue is as acerbic and true-aimed as the narrative’s terroir is doubtful. Retrospective damage is the unscripted spectre at the feast; Ellie’s impulse to connect is here and there conceived in passages of real warmth and beauty, and if her emotions are often stymied by the mechanics of linguistic evasion, (‘Everybody lies’), it is because the damage is endemic and visible wherever she looks. And it is made manifest in a landscape of ethical confusion: the mother who secretly smokes Ellie’s own ‘stash’, the drug-dealer, Stevo, who ‘still lives with his mum at thirty-six’, but whose commercial habit need not also embody a denunciation of the pleasures of drug-use, as Irvine Welsh reminded his Trainspotting audience.

And a moralising attitude to substance abuse does not devalue Ellie’s, albeit raddled, striving for stability; Michael’s corrective to her narrator’s natural prickliness is an ongoing sense of loss, manifested in beautifully-conceived prose which only thinly obscures the heart beneath. Finding an unexpected oasis of peace and security in the company of Daniel, she opens to the therapy of memory:

‘She sings this song, Kounia Bella, a lullaby, and she swings me back and forth, and I swear I’m going to fall. But I never do. She always catches me, she’s always there...’


Also by Steve Whitaker...
The Swamp Ghosts Of Pripyat: Stalking The Atomic City By Markiyan KamyshThe Endless Opportunity Of Words: Lanyard By Peter SansomPoem Of The Week: Wheel By Stephen DeePoem Of The Week: The London Dinner Party By Jayne JosoPoem Of The Week: The Vote By Ralph Dartford
The refusal to be supported is later mitigated when she allows Daniel to ‘carry’ her, emotionally and physically. The idea of abandonment to support is repeated in the mutability of the waves in a brief, recalled vignette. The lure of the sea at night; the wine darkness of Homer, the impulse, never fulfilled, to hurl oneself to abandonment like Empedocles into the volcano , to become one with the surrounding element. Here, Michael is an alchemist, a transmuter of forms in words of liquid:

‘The sea is made of the dead, made of us, our remains, our chemicals. It takes our dreams and secrets and washes them away. Stores our sins in the sound of the waves.’

Michael returns to the amorphous sea instinctively, and it is in the dark waters of Greek myth that one of this finely-observed novel’s defining moments is situated. The capricious figure of Persephone, who occasions a lacerating and destructive sense of loss in the mother she leaves behind as she marries Hades and becomes a goddess of the Underworld, is thereafter obliged to wander a liminal space between earth and the realm of Death, as an emollient to both husband and mother, Demeter. The chiaroscuro interplay of worlds of life and death, of relentless seasonal changes, becomes a metaphor for the ache of Ellie’s unease, for her wandering purposelessness.

It is to her grandmother, who relates the myth to her, and whose broken English is a testament to the tenacity of her native culture, that Ellie as a young girl owes an unblinkered and sincere vision of her own future:

‘Because sometimes, dahlink, when you come from light, from happy and beautiful all time, you want dark. Dark and quiet and sad.’