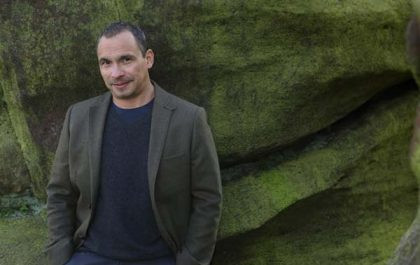 Ian Humphreys
To say that it is hard to get a handle on Ian Humphreys’ poetics is not a criticism: the plenitude of his thematic development, the richness of his imagination, of his incendiary use of simile and metaphor, and of his formal acrobatics, are breathtaking in scope, and intractable in examination.

Humphreys has an uncommon fascination with urban dereliction; wildflowers and weeds thrive by canals in the dark, like nightwalkers. The anticipatory eroticism of brushed thighs and spurted flower seed in ‘Touch-me-not’ bears out, in metaphor, the half-fearful, half excited underworld territory of gay liaison, and looks back to the ignominious absurdity of outlawed expressions of homosexuality turned necessarily clandestine.

There is an obsession with desecration and disconnection, literally so in ‘Telephone Box’, whose out of town positioning and garnering of weeds and ‘dog-damp air’ foul the psychodrama of confession to the ‘lost soliloquy’ of static, which makes up the other half of nothing. And elsewhere, the ‘skewer’ of a red court shoe, or the open, lupine maw of a railway tunnel’s mouth add to the inexorable claustrophobia of an Underground moment, as though personal anxiety were reflected in the cloying architecture of urban landscapes (‘The Mind Gap’).

The depredations of experience in Zebra are overwhelmed by the richness of description. These are sweets to suck and savour, finding real beauty in unloved, unlovely places like ‘Coalscar Lake’ whose ‘green lid’ is redolent more of concealed danger than teeming life. Or rather, the teeming life is dangerous: Humphrey’s modus is to view obscurely, to come at poems from unusual angles. In the poem we arrive at the shock of a floating body by tangential means: the dripping shadows, hat removals and chaplain’s prayers of death in the water.

And that sense of teeming fecundity is characteristic of an imagination given naturally to description. Humphreys finds a means to eloquence through an easy fluency. His notebook(s) must be full; the filtering of the natural world through the glass of perception, or of train and bus window, is both visually persuasive, and a corrective to the resurfacing of darker reflections. One of the many virtues of this fabulous volume is its creator’s unwillingness to abandon pristine terrain to dereliction. And even in imaginative absentia, the ‘somewhere else’ exhales its narcotic power, remaining faithful to some order of memory:


‘A mist-washed bothy on the Isle of Skye
where kestrels thread cloud to purple heather.
Breakfast is salted oats, a red kipper, sweet tea.
There’s just the one room, one chair, one spoon.
(‘Skye and sea’) 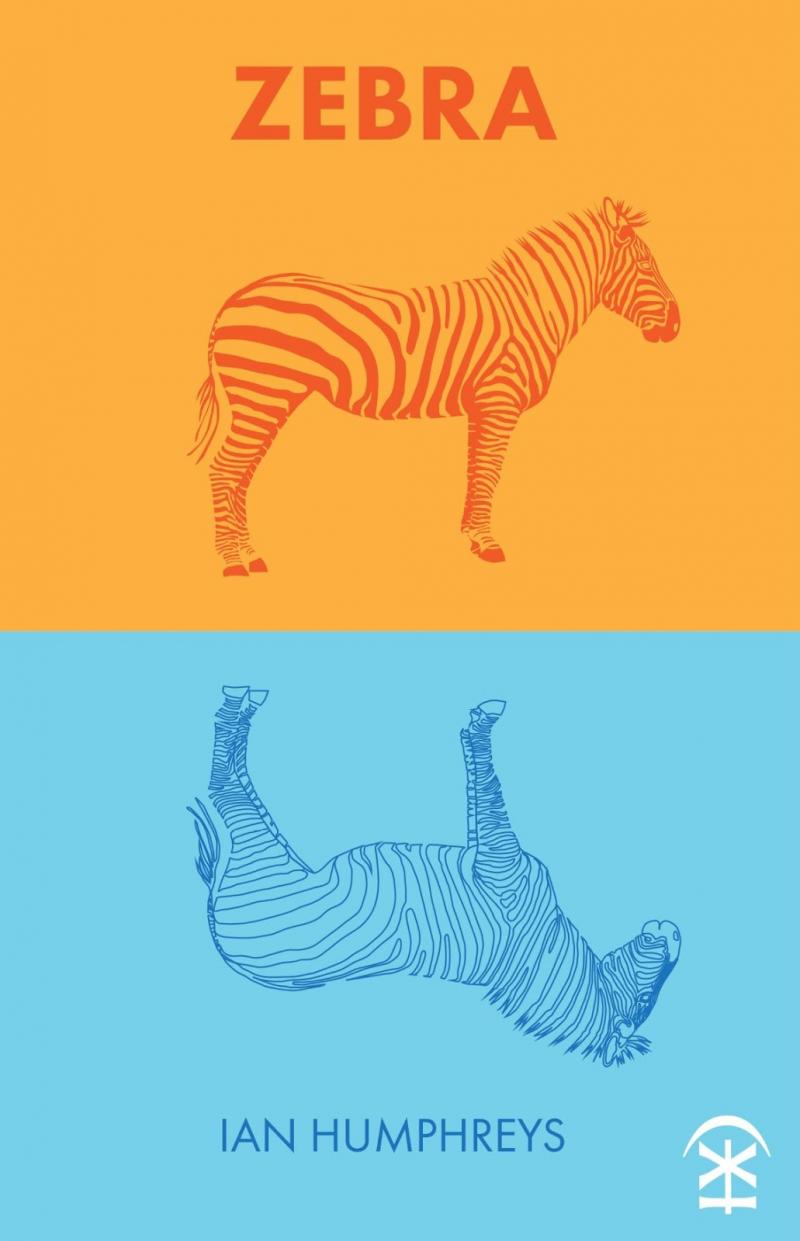 Humphreys’ close-in observations of people are nothing less than astonishing in their pained acuity. Mirrors to that same fractured landscape which is an omnipresent muse, they build technicolour bundles of inconstancy and inconsistency which are entirely consistent with the frightening ambiguity of what is to be human. From picaresque partying aunts, to other be-stockinged aunts whose predilection for melodrama is satirically skewered: ‘Albert’s darling dead sister - / it’s comforting to have her close by, she sniffed, / borrowing the dog’s ear to dab the corner of a kohled eye.’ (‘Great Aunt Rosalind’).

Humphreys’ perception is extraordinarily intuitive, and he finds his most visceral and heartbreaking mode of expression in his descriptions of friends’ suffering and dying with the HIV virus. His unsentimental, entirely even-handed observations are unsparing; his depictions of promiscuity and of the terrible physical erosions of AIDS are timely reminders of an era of watchful palliation, of helplessness. The diptych of ‘London, 1997; Hong Kong, 1995’ juxtaposes the braggadocio of the narcissistic Andy, who ‘never went home alone’ with the desperate, loved Terran, who ‘had a smile for everyone, even the doctors’. That their fates are conjoined in remote crematoria does little to mitigate the ‘impotence of why’, or the ongoing pain of grief, here re-engaged a quarter of a century later. We are not likely to forget the narrator’s images of attrition: the sharp angling of bones, the incarceration of bodies in cages of wasted flesh, or, in ‘Stickleback’, the figuring of tiny spined fish which ‘light up the river’ for the fading evanescence of life as it approaches necrotic torpor:


‘You flounder in white sheets, asleep
for two years – sores weep at your
heels, hips, tailbone’.

In amongst Humphreys’ capacious frame of poetic forms – he employs several devices which act to embellish theme and reinforce meaning – we find a strangely moving poem whose fragmented presentation precisely echoes the other-worldly landscape of Dungeness. Its staccato, micro-detailed observations, recounting a broken pebbly world of flotsam animated by the swooping and creeping of birds and crustaceans, yield mental images both of the gay director Derek Jarman’s obscure film-making processes, and of the abrasive and unforgiving terms of his death of an AIDS-related illness in 1994:


‘Three swifts drop like comets  onto an arc of gravel
rusted with engine parts  They dive-bomb dragonflies
under the black gaze of a lighthouse’.
(‘Dancing on the beach near Derek Jarman’s house’)

The tides and the weather bleach and wipe clean at Dungeness, and the conceit is repeated, often. In ‘Last Poem’, the sea’s sleight-of-hand washes away the eloquent wonder of youthfulness, taking words and awe with it, leaving a clean blank sheet as waves do, and rendering the scene fit for new experiences tomorrow. Humphreys is good at childhood; the Dymchurch of his memory is a precise cross-hatching of the cold angles of Paul Nash’s paintings of the same seaside resort of fifty years earlier, with a colourful infusion of Dylan Thomas’ re-invented childhood.


Also by Steve Whitaker...
The Endless Opportunity Of Words: Lanyard By Peter SansomPoem Of The Week: Wheel By Stephen DeePoem Of The Week: The London Dinner Party By Jayne JosoPoem Of The Week: The Vote By Ralph DartfordReview: Armonico Consort & Baroque Players at Harrogate Music Festival
Whilst the handing on of misery from generation to generation is borne out in the sardonic ‘POW!’, which gives brutally ironic meaning to domestic violence against a backdrop of comic-book onomatopoeias, the brilliant ‘Another Boy’s Story’ inhabits, in dramatic flourishes, a gallery/library/state of mind, where the purlieus of Art and the soul of the status quo determine a default cultural setting whose attitude stinks of the past. The complaisant homophobia, the certainties of an earlier orthodoxy, are only now being quarantined in the psychiatrist’s chair, to enable the restoration of a broken Oscar Wilde, and to dump medical explanations for being queer in the bin marked ‘irrelevant and dangerous’. Humphreys’ narrator takes comfort in the resolute stoicism of James Baldwin, and the new ‘world not yet written’, and it is salutary, in the current climate, to find a conscience, any conscience, going beyond the borders of introspection to celebrate ‘the others’, like Baldwin, ‘who spoke first’. And wisely: Humphreys’ later take on Baldwin liberates those who, by dint of skin colour, are marginalised and condemned. J. K. Galbraith’s timeless apothegm that we ignore the poor at our peril is re-established to powerful effect in the poet’s simple warning about the dangers of institutional racism:


‘But when they called him boy
he listened
and stood up, his back-bone
straightened.
The pen dropped from his fist.’
(‘Break my bones’)

The time for writing finally stops in the pregnant pause, here; the call to action follows an intake of breath before the righteous counter attack. Humphreys finds defiance growing alongside that burgeoning awareness: in ‘High Society’, his narrator kicks at the pricks as he takes his inomarata’s hand across the Night Fevered dance floor in a precisely calibrated rejection of the prevailing homophobic protocol in the shape of ‘Fat Geoff, the bouncer’. To feel, as John Lydon tirelessly reminds us, anger turning into energy is the very best way of channelling that defiance: ‘The lights below us / burning brighter with every step’. Elsewhere, the neat betrayal of the sonnet ‘Pants on Fire’’s opening octet resides in another sleight-of-hand: a gentle metaphorical exploration turns to stone when the speaker turns accuser. The persuasive metaphor in the following sestet turns out to be an illuminator of truth, a denunciation wrapped in the irony of exposure.

Heavy streaks of irony colour the poems about homosexuality. ‘Bad Fruit’ is a viciously ironic poem about an earlier time. The gratefulness of the narrator that the brutal, remembered teacher Mr Brigham at least acknowledges homosexuality in his disgusting denunciation, and the disingenuous view of ‘cottaging’, broach a genuine innocence, an inculcation of the inherently homophobic patina of contemporary discourse. Humphreys is clever enough to recognise a learning curve, an initial blindness to predominant mores, leavened by gradual disclosure and a rising awareness of inequity.

In fact, the following few poems in this timely volume continue the theme with a lyrical subtlety which belies Humphreys’ open-eyed determination to give an honest assessment of ‘cottaging’, of the obliging of homosexuality into the clandestine margins. ‘The Cottage’ renders a park toilet, and a group masturbation, at which the narrator finds himself repulsed, against a backdrop of imagined roses and honeysuckle. It is easy to imagine humour springing from a contrast which, paradoxically, restores the expression to its arcadian context of flower-garlanded thresholds. In one sense meaningful, in another, ridiculous, ‘cottaging’ makes of a halcyon, soporific noun, a dangerous active verb which demonises participants by implication.

Not that this poet, is without humour. There are many highly adept, mostly sardonic, comedic observations in Zebra. And sometimes, Humphreys nails it with a simple vignette, as in ‘Dim sum decorum’, which makes exceeding light of the idea of a free-for-all over the observation of propriety, and reminded me, obscurely, of Liam Gallagher’s infamous airborne incident where another on-board free-for-all involving the chucking about of cakes, and subsequent arrest, concluded with twenty five per cent of Oasis saying he wouldn’t mind but he ‘really fancied them scones’. Ditto, evidently, with Dim sum:


‘He who takes
the last prawn dumpling
without asking
three times
if anyone else wants it,
will see stars.’

It is well that this poetics of memory, of upbringing and identity, of conflict and anxiety, of the natural world, and of occasional levity, should find the kind of resolution that is borne out of defiance. The deeply affecting affirmation of love in a bucolic landscape, ‘Two men walking’, is an embodiment of bonded continuity which somehow lets naturally onto two terrain – the Greenwich Village of 1969 and the discotheques of the seventies and eighties – which embody a spirit of insouciant resistance to the institutional enervation of the homophobic status quo. The brio, the efflorescence of an earlier time, are here wrapped in poems of fizzing, rhythmical élan. ‘Look how far we’ve come, Toto’ and ‘Return of the discotheque dancers’ are irrepressibly celebratory. The latter, imagining a foregathering of the dead before their time, pays sincere homage in a language of barely-contained joy:


‘   Our song’s half sung
so flex your voices, roar like guns. Tallulah’s waiting!
Devilish nuns are roller-skating!’

In all of its magnificent bounty Zebra must be one of the poetry collections of 2019.