Yet another satellite-tagged hen harrier has disappeared in suspicious circumstances at a crucial time in the breeding season. 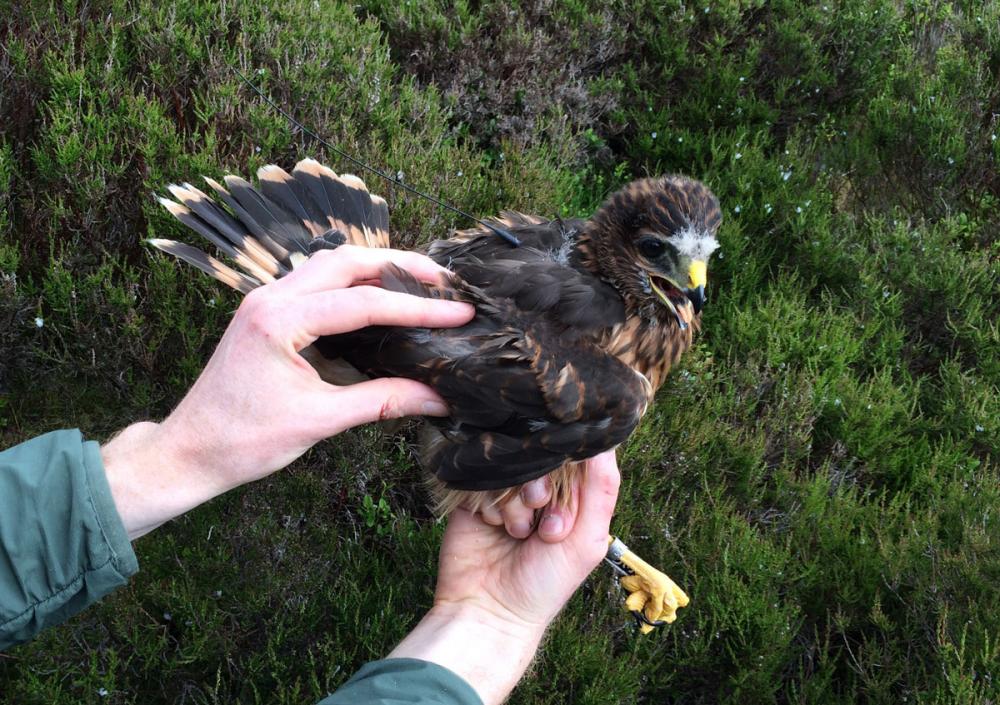 Yarrow, a female hen harrier, hatched in the Scottish Borders in summer 2020. She was fitted with a satellite tag, which provided scientists with regular updates on her whereabouts. But transmissions from her tag stopped suddenly and unexpectedly on 12th April 2021. Data showed her to be flying south-east that morning, from the North Pennines in the direction of the North York Moors. The tag’s final transmission came from Stockton-on-Tees, and Yarrow has not been heard from since. The matter has been reported to Cleveland Police.

Hen harriers are a red-listed species and their population in England is dangerously low. They are legally protected in the UK under the Wildlife and Countryside Act 1981, yet these majestic birds remain one of the most persecuted birds of prey in the UK and continue to be illegally killed, or disappear in suspicious circumstances, particularly in connection with land managed for driven grouse shooting.

Illegal killing is the most significant threat to the English hen harrier population. Twenty-four hen harrier nests were recorded in Summer 2020, of which 19 successfully produced chicks. Yet there is enough habitat and prey to support 12 times that number.

The news comes only seven weeks after another harrier, Tarras, disappeared in similarly suspicious circumstances. Tarras was another Scottish bird from 2020 who moved south to the North Pennines AONB. Her tag’s last fix showed her to be roosting just off a grouse moor near Haltwhistle. And in September 2020, a hen harrier named Dryad also vanished. Dryad’s last transmission also came from a grouse moor in North Yorkshire. All birds were searched for, but no bodies or tags were found.

Mark Thomas, RSPB Head of Investigations UK, said:
“April is a crucial time for hen harriers as they pair up ready to nest and raise the next generation, and we had hoped for the same for Yarrow.

“After her tag ‘checked in’ over Stockton-on-Tees, which turned out to be the last known location we received, we expected a further transmission the next day showing that Yarrow had reached the North Yorkshire Moors but that never came. Sadly, it is highly likely that Yarrow was killed and the tag destroyed in a matter of hours after its last fix was recorded, based on our extensive knowledge of these tags and the patterns of disappearance of hen harriers.

“We are acutely aware of how difficult it is to come forward with information about a crime, especially in rural communities. If you know anything that may shed light on the disappearance of his young harrier, or know of anyone killing raptors in your area, you can call us in complete confidence on our Raptor Crime Hotline: 0300 999 0101. You are in control. And your call could help prevent more birds being illegally killed.”