The RSPB is once again urging the Government to step in and support licensing of grouse shooting to address the illegal persecution of birds of prey following the suspicious disappearance of yet another satellite-tagged hen harrier. 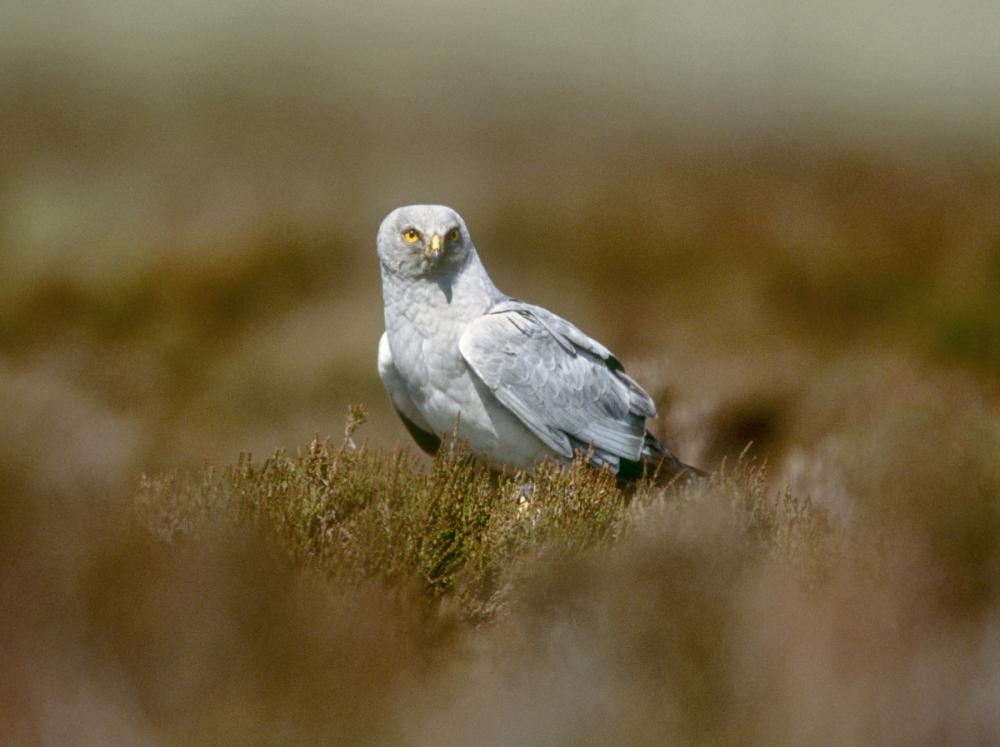 Hen Harrier. Photo by Andy Hay (rspb-images.com)
Dryad, a male hen harrier, hatched at a nest in the Forest of Bowland this summer. He was fitted with a lightweight satellite tag so that scientists could trace his movements once he fledged. But Dryad barely had time to spread his wings before his tag, which had been transmitting normally, stopped suddenly and unexpectedly on 7 September 2020.

The tag’s last transmission showed the bird had been roosting on a grouse moor between Kirkby Stephen and Ravenseat in the Yorkshire Dales National Park. RSPB staff searched the area but found no trace of Dryad or his tag. Dryad has not been heard from since.

Hen harriers, a red-listed species, are legally protected in the UK under the Wildlife and Countryside Act 1981. Yet they remain one of the most persecuted birds of prey in the UK and continue to be illegally killed, or disappear in suspicious circumstances, particularly on or near land managed for shooting. Scientific research published in 2019, based on the UK Government’s own data, showed that 72% of satellite-tagged hen harriers in their study were killed or likely killed on British grouse moors, and that hen harriers were 10 times more likely to die or disappear over grouse moor.

The most significant threat to the English hen harrier population – which is now perilously low – is persecution by humans. 24 hen harrier nests were recorded this summer, of which 19 successfully produced chicks, yet there is enough habitat and prey to support 12 times that number.

Dryad is the 44th hen harrier known to have been illegally killed or gone missing in suspicious circumstances since 2018.

This wider area, which is dominated by driven grouse moors, has become a ‘hotspot’ for suspicious hen harrier disappearances, as revealed by satellite tagging.

In July this year a hen harrier named Harriet, tagged by Natural England, sent her last transmission near Outhgill, just over the border in Cumbria. A further two disappeared, last transmitting near Bowes, County Durham and Askrigg, North Yorkshire respectively in September 2019. And in 2016, the hen harrier Rowan was found shot in Ravenstonedale, Cumbria.

Elsewhere in North Yorkshire, in 2019 the body of another satellite tagged hen harrier known as River was found shot on the Swinton Estate, North Yorkshire.

“Illegal killing is the number one factor stalling hen harrier conservation in the UK. Despite all the positive news around 60 juveniles fledging in England this clearly shows the fate of many of these birds once they disperse. Sadly we expect further suspicious disappearances in the next few months following the well-established pattern of previous years. If Dryad had died naturally, we would expect his tag to continue transmitting, allowing us to find and recover both body and tag. The sudden stop of satellite tags, particularly considering the history of persecution in this area, strongly points to human interference.”

Mark continues: “It is blatantly clear that current legislation is failing to protect our birds of prey and that criminality continues unchecked on grouse moors. The Government must act urgently and commit to licensing of grouse shooting with sanctions to withdraw licenses to shoot where criminal behaviours are proven to the satisfaction of the public authorities. Law-abiding estates would have nothing to fear from this approach.”

During August, over 120,000 emails were sent to local MPs by concerned members of the public urging them to take action to end bird of prey persecution, prompted by an e-action by Wild Justice, the RSPB and Hen Harrier Action.