Another Successful Year For Hen Harrier Breeding In England 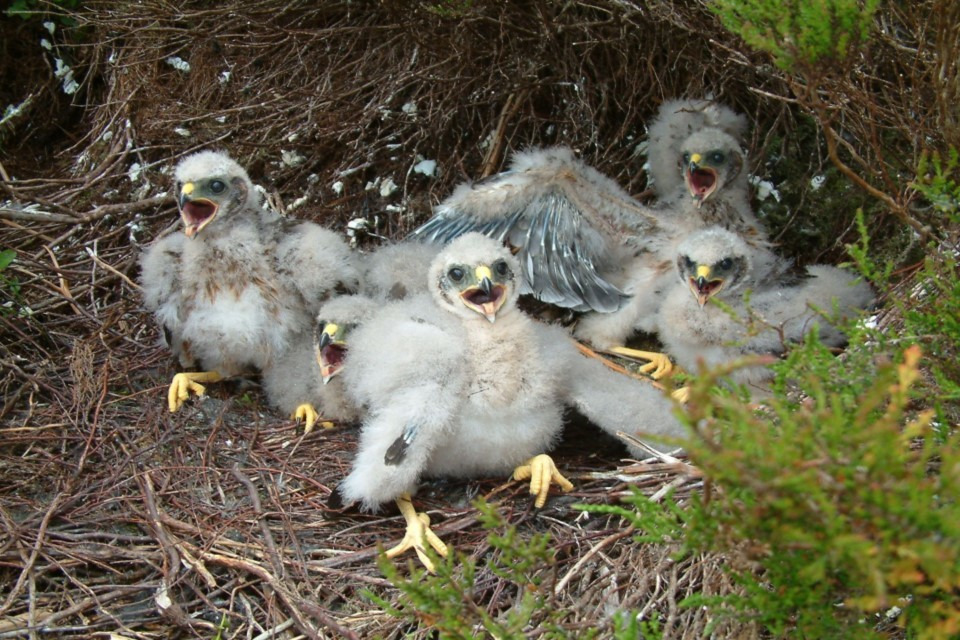 Partners must work together to deliver a widespread recovery and tackle illegal persecution
Natural England and partners, including the RSPB, have recorded the best year for hen harrier breeding in England since the 1960s with 84 chicks fledged from nests across uplands in County Durham, Cumbria, Lancashire, Northumberland and Yorkshire.

Hen harriers were once found across upland and lowland Britain including throughout many English counties, however after 1830 it became an exceptionally rare breeding bird in England due to illegal persecution. The hen harrier now is one of England’s rarest breeding birds of prey.

Despite this year’s success, hen harriers are critically endangered in England and there is a long way to go, if we are to achieve a permanent recovery."
Hen harriers are one of our most distinctive birds with a characteristic owl-like face with stiff facial feathers that direct sound toward their ears to enable them to hunt more effectively.

This is the fifth successive year of increases, following a low in 2016 in which only 8 chicks fledged. This year has also been the strongest for breeding numbers since Defra’s Hen Harrier Action Plan was established to monitor hen harriers to understand why numbers are so low.

Dave Slater, Director for Wildlife Licensing and Enforcement Cases at Natural England, said:
"It is wonderful that these striking birds have seen another lift in their breeding numbers this year. It is thanks to all those involved - volunteers, landowners, and staff from all our partner organisations who have worked so hard to protect, encourage and monitor these vulnerable birds.

"However, the stark reality is that illegal persecution is still rife in their habitats, and, sadly, too many birds still go missing in unexplained circumstances.

"In recent years, tagging has increased our knowledge of their ecology and movements. Despite this year’s success, hen harriers are critically endangered in England and there is a long way to go, if we are to achieve a permanent recovery."

This year has also seen the first successful year of breeding for brood-managed birds. Of the eight chicks raised in captivity in 2020 and re-released, six survived their first winter, and four of these birds went on to successfully breed.


Natural England is involved in a number of initiatives to help ensure hen harriers recover including through Defra’s Hen Harrier Action Plan.

Satellite tracking to improve understanding of the birds’ movements and behaviour
Issuing licences to allow people to provide additional food to breeding Hen Harriers. Setting up a project to reintroduce Hen Harriers to new breeding habitats in southern England.
Working with the National Wildlife Crime Unit, through a secondment of a senior enforcement officer from NE into the police, to deliver improvements in how Natural England, the police, local communities and other relevant stakeholders can work together to prevent, identify, and take effective enforcement action in relation to raptor persecution incidents.
Brood management, in which eggs or nestlings are taken from the wild, reared safely in captivity, and later released, with the aim of contributing healthy adults to the breeding population and reducing persecution.

The hen harrier is considered vulnerable within Europe and is on the red-list of birds of conservation concern in the UK. It is a species of principal importance for biodiversity conservation in England.