'As Though To Breathe Were Life' : Appius And Virginia By G.E. Trevelyan 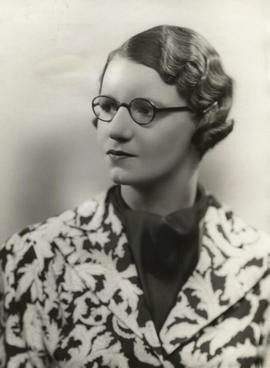 G.E. Trevelyan
Tennyson’s rejoinder to the comforts of domestic inertia jolts the imagination into action: Ulysses’ refusal to accept the torpid duty of his office at any price is embraced most fulsomely on his seaborne return from Troy – nothing matters beyond the tumultuous journey and the unyielding spirit.

A similar revulsion to the blandishments of the status quo animates Virginia in G. E. Trevelyan’s forgotten novel of catastrophically misplaced ambition and cultural recalcitrance, and there is some irony in the fact of the writer’s own quiet metropolitan existence. Educated at Oxford – itself no mean achievement in the twenties – Trevelyan reinvented the terms of willed non-conformity from a room of her own, like another Viriginia, Woolf, and with little more than an annual retainer and a pen. Appius and Virginia is a proto-feminist novel by accident rather than design; Virginia’s behaviour, misguided though it is, suggests, rather than defines, the tenets of resistance to a patriarchal establishment by asserting a vigorous independence of spirit:

‘Nothing so real, so vital as death could end an existence subdued and rounded and worn smooth by the little comforts and habits of her warm nonentity. How should she die who had never been alive?’

Countermanding the anaesthetic of anodyne ‘nonentity’, Virginia buys an infant Orangutan – the Appius of the title – with a view to asserting the self-penned, pseudo-scientific assumption that it is possible to rear apes as humans with a proper process of acculturation and development. A brave, some would say, reckless, scheme, the exertions of a single-minded ideologue might, by inference, be a mirror to Trevelyan’s own strange fixation, for her choice of theme is, at best, arcane.

That some critics found Trevelyan’s conceit gross and tasteless is a reflection more of contemporary cultural probity than an even-handed assessment of literary quality; others were forward looking, recognising real innovative skill and originality in this new voice. More than a curio, the novel sets a template for an oddly detached, and in some ways repetitively forensic, examination of possibility: emerging in the wake of Wells and Conan Doyle, it becomes clear that Trevelyan’s fascination with the breaking of thematic and tonal boundaries owes as much to a rage for the curious madness of cod-scientific method as to a genuine passion for subject. And it must be said that in places her diagnostic enthusiasm is elicited in a complacent racism which might not have raised a blink in a contemporary observer:

‘If he were not man, at least he was not entirely ape. Perhaps the Australian aborigine was at the stage of development most nearly approaching his, and who would put the aborigine in a cage?’ 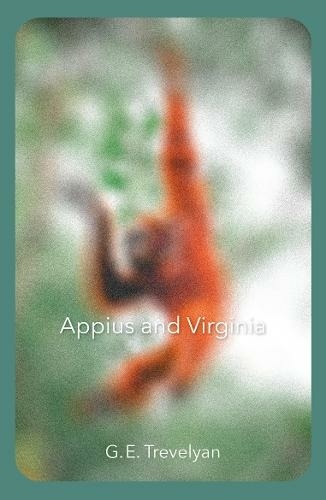 No more and no less radically shocking than the brutal determinisms of Phrenology and Eugenics, Trevelyan’s adherence to institutionalised modes of thinking need not be an excuse for its presence, even when occluded by narratorial irony. Nor need we accept her weak characterisation: the children who taunt Appius over the wall are all-purpose ‘louts’ and the suspicious policeman who comes knocking is a one-dimensional working class cliché. In many respects, Appius and Virginia is of its time, and it is a tribute to the writer’s miraculous powers of projection, that, during my reading of the book, I frequently envisioned Trevelyan scribbling assiduously in her quiet flat in London. For this is also a novel of introspection and well-crafted realisation, a gradual unravelling of certainties, which are a testimony to the writer’s sincerity to purpose. In an astute metaphor of over-indulgence, Trevelyan summons a dyspeptic turmoil of half-truths and misreadings:

‘He was reverting to type. In her horror all the concentrated meals of psychology and science which she had gulped in free moments during the past three and a half years were repeating on her mental palate: inherited instinct, reversion to type, back to nature, discipline and free will, the necessity for inculcating obedience, the call of the wild; they returned and mingled, a nauseating jumble of undigested tastes’.


Also by Steve Whitaker...
The Swamp Ghosts Of Pripyat: Stalking The Atomic City By Markiyan KamyshThe Endless Opportunity Of Words: Lanyard By Peter SansomPoem Of The Week: Wheel By Stephen DeePoem Of The Week: The London Dinner Party By Jayne JosoPoem Of The Week: The Vote By Ralph Dartford
Virginia’s dangerous Pygmalionesque experiment in social engineering – her attempts at anthropomorphic acclimatisation are rendered in hugely detailed accretions – is visited against a backdrop of dawning realisation. The mannered, exquisitely-drawn order of a country cottage is ironised by Appius’ iron-slow process of apprehension, and explosively self-lacerating recognition of himself as ‘ape’ in direct contradiction of everything Viriginia has taught him. The revelation in a mirror is Trevelyan’s denouement, the crux point at which Virginia’s sense of propriety and delusional purpose collapse. Appius’ bombastic dominion in his garden/habitat restores evolutionary balance as it also figures for humanity’s blind control over the natural world, and it is to the novelist’s credit that she bravely attempts to occupy a space in the mind of the ape, whose simple thinking negotiates a blind passage through a semantic minefield, armed only with a routemap of monosyllable and syllogism.

Trevelyan owes a clear debt of gratitude to Mary Shelley: Appius is the victim of human ambition and folly, a Frankenstein’s monster railing against a world of which he can have no insight or fundamental understanding. A picture of Virginia and her motivations is vouchsafed, by degrees, towards the end of the novel, but nowhere is inference better facilitated than in a brief inventory of domestic accoutrements much earlier in the book: here Trevelyan brilliantly conjures a silhouette of the daughter in the leavings of the father, who, like Patrick Brontë, gives up a sense of order, ruthlessly administered morality, and strict adherence to religious principle, in the interstices of a few sparse lines:

‘She supported the creaking lid with one hand and rummaged with the other: his cassock and hood, a pipe-rack, an antique duelling pistol of his father’s, a pair of gloves, some manuscript sermons, a heavy clock which had stood on his study mantelpiece, and the globe’.

When that end comes, it is predictable, but no less affecting for it. A prescient corrective to delusional hubris, Virginia’s fate is rendered the more poignant by G. E. Trevelyan’s own. Badly injured after a Luftwaffe raid destroyed her London flat in 1940, she died, of her wounds, a few months later in hospital. Published in 1932, Appius and Viriginia was the first of her eight novels.

Appius and Virginia is published by Abandoned Bookshop, an Imprint of EyeStorm Media.