Alan Ayckbourn’s originality is a thing to wonder at. In Ten Times Table, currently at York Grand on a national tour, he somehow contrives an entertainment out of the meetings and minutes of a standing committee, the composition of which reflects English provincial society – particularly of the time it was first staged, 1977. 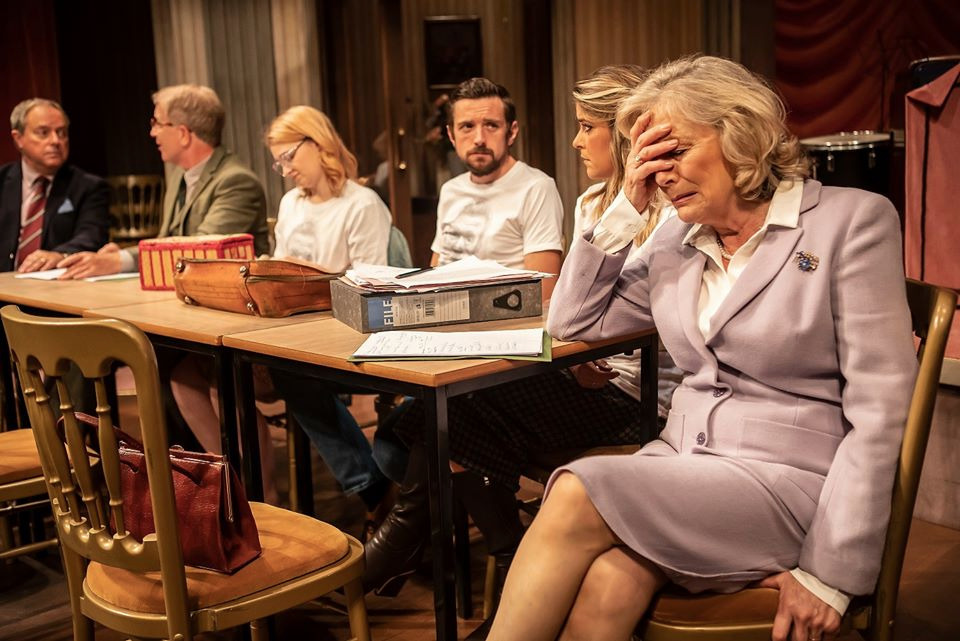 Talking of the ’Seventies, the splendid Deborah Grant, who found huge national fame at the time starring in the iconic television series, A Bouquet of Barbed Wire, does an engaging turn as Helen, burlesquing Margaret Thatcher in appearance - not least the hair - in haughty intolerance, self-conviction and standpatter. At the other extreme is the self-confessed Marxist, Eric, given few attractive qualities by Craig Gazey, and several annoying ones.

In the middle is her husband Ray, the hapless chairman, trying desperately to be patient and understanding. Robert Daws, twisting his features and strangulating his vowels, is quite magnificent as the local businessman worthy, who has convened the committee to promote the town’s history, seizing on a serendipitous find of a little-known historical episode when the forces of law and order brutally suppressed a popular uprising. It is his naïve idea to re-enact this as a jolly pageant but to Eric it as an opportunity to somehow perpetuate the class war. Scandalised, Helen sees herself with a duty to fight back. 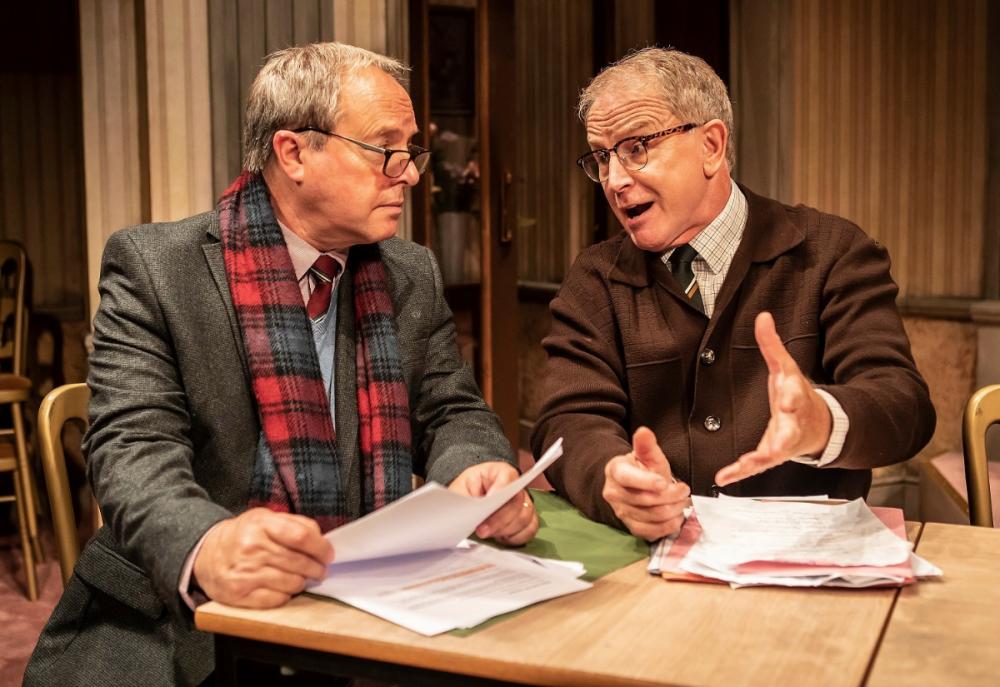 Matters will get out of hand particularly when she co-opts Harry Gostelow’s hulking lunkhead of a retired army officer, Tom.

The other members are also fashioned as amusing stereotypes: local councillor, Donald, unctuous but pernickety as played by Mark Curry, maudlin drunk Laurence, done to a nicety by Robert Duncan - and Audrey, the batty old secretary, played by that veteran of Bill Kenright productions, Elizabeth Power, always capable of turning a cameo into comic entertainment. On the other hand, Gemma Oaten as Sophie and Rhiannon Handy as Phillipa, both quietly vying for Eric’s attention, seem underused, their parts underwritten. 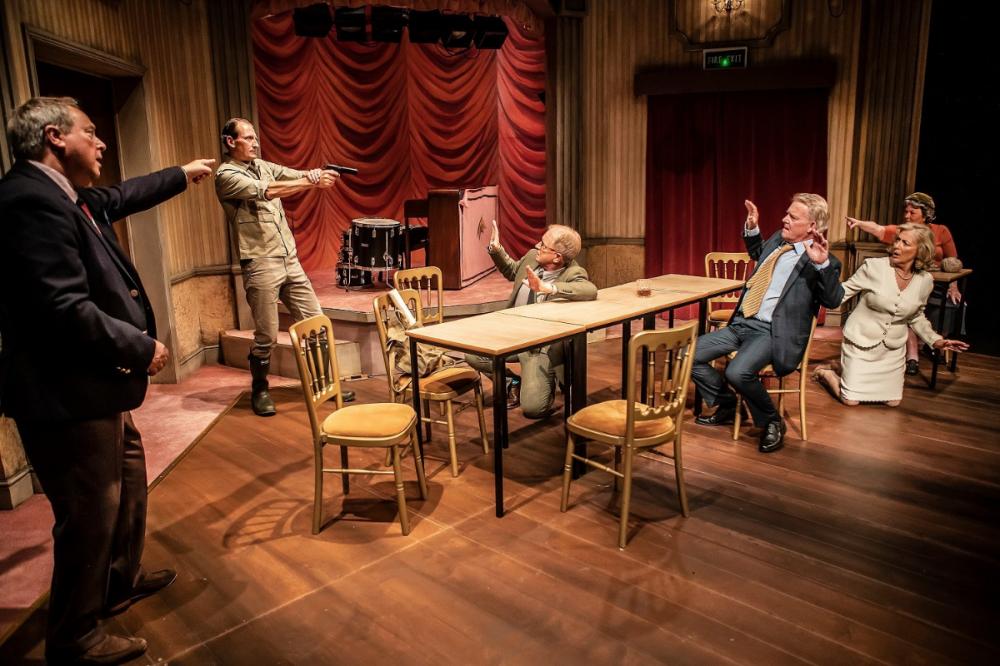 If you were The Classic Comedy Theatre Company looking to put on a big starry production of one of Ayckbourns’s plays, you would have more than eighty to choose from. This relatively little known one would not necessarily be the most obvious choice. It’s title, to begin with, doesn’t seem to have that much snappy relevance and (dare I say it) it looks like one of those dreamed up and announced before the play was actually written. Now I’m pretty certain that this was a great success in its day as were just about all this most prolific playwright’s plays, most of them premiered in Scarborough, by the way.


Also by Andrew Liddle...
Adele Howitt’s Hinterwater ProjectAn Oktoberfest In Name OnlyLove Letters From ScarboroughRedundancies Feared At Black SheepSt Hilda, Pilot Of The Pier
But forty or more years on, it does seem to have dated, as comedy will. I’m not sure we laugh quite so heartily at sad drunks anymore or at deaf old ladies who find it difficult to climb stairs or at maniacal Marxists or unscrewed majors or at many of the sight gags. Yes this is Ayckbourn and I know that we usually find the melancholy smile behind the broad grin. The playwright speaks of ‘faintly allegorical overtones’, in his programme notes, and, I understand, we are not supposed to actually split our sides, except perhaps at the end which descends or ascends, depending how you see it, to pure farce. The timing here, under Robin Herford’s direction, regrettably, did not seem to have the absolute precision that farce requires and demands - unless it is to merit the pejorative lay use of the word rather than the theatrical affirmative. I suspect one of the characters was supposed to lose his trousers and didn’t. What an irony!