photo moritz-knoringer Unsplash
New Year celebrations in most parts of the world will be another muted event this year, but millions of us will still try to mark the arrival of 2022 in a Covid-compliant way.

But, what are the origins of our New Year traditions?

Out with the old, in with the new... 2021 is over, and I think it's safe to say that most of us are eager to say goodbye to this year, and to welcome 2022 in the hope that it will be a better year for all.

Across the UK, on 31 December, as the clock strikes midnight, people (would, in an ordinary year) hold hands and sing 'Auld Lang Syne' to welcome the new year in.

But where exactly did 'Auld Lang Syne' originate? And how much of it can you remember? 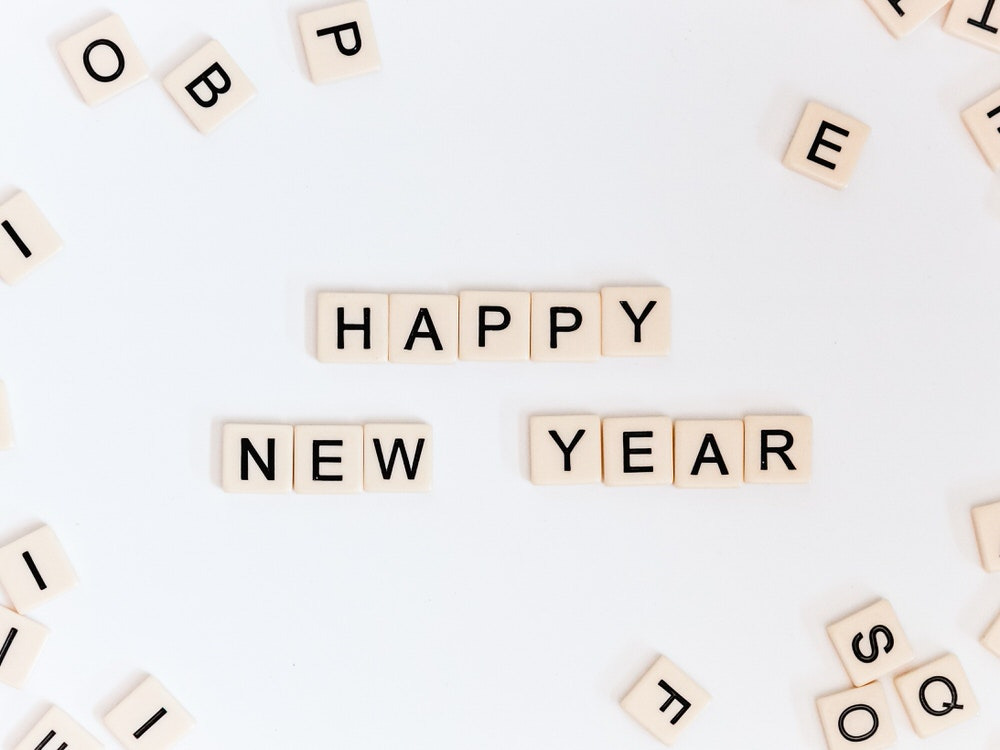 photo sincerely-media Unsplash
The song was written by famous Scottish poet Robert Burns in 1788, who based it on an old folk song. In the Scots language, the phrase 'auld lang syne' roughly translates as 'for old times' sake'. It is a song about reunion and reconciliation; a reflection of times past, and a promise to move forward together. It can evoke feelings of belonging and friendship.

Although its origins are in Scotland, 'Auld Lang Syne' is now sung all over the world on New Year’s Eve.

Scotland - 'Hogmanay' is the Scots word for the last day of the year. In a normal year the celebrations would begin on New Year's Eve and last until the 2 January (which is also a public holiday in Scotland).

Hogmanay’s origins are thought to be Viking - the Norse invaders began by celebrating the winter solstice on the 21 December, culminating in wild parties at the end of the month. Modern-day celebrations include torch-lit parades, fire festivals, huge fireworks displays, and music performances.

Another popular tradition in Scotland is that of 'first-footing'. The first guest to enter a house in the new year must bring a gift (these can range from salt or coal to shortbread and whiskey). This is intended to bring luck to the householder. Traditionally, tall, dark-haired men are preferred as the first guests!

Spain - In Spain, on each of the twelve strokes of the clock at midnight, a grape is eaten. This is thought to bring good luck for the coming months.
​​
Denmark - just before midnight, people stand on chairs, ready to jump off them at midnight and 'leap' into January.
​​​​
Switzerland - it is traditional to drop a dollop of cream on the floor to bring a prosperous new year.
​​​​​
Greece - on New Year's Eve an onion is hung on the front door as a symbol of rebirth. On New Year's Day, parents wake their children up by tapping them on the head with the onion!
​​​​​​​
Brazil - people dress in white clothes to symbolise their hopes for good luck and peace for the new year. If you live near a beach, it is tradition to jump over seven waves - for each wave, you receive a wish.
​​​​
Germany - doughnuts are eaten. They are 'Pfannkuchens' filled with jam or liquor. As a practical joke, some may contain mustard or other unsavoury fillings - if you are unfortunate enough to choose one of these, this is seen as bad luck!
​​​​​​​
Columbia - on the last day of the year, people carry an empty suitcase around with them in the hope of a travel-filled 12 months to come.
​​​​​​​
Estonia - on New Year's Day, people attempt to eat either seven, nine or 12 times throughout the day. These are all lucky numbers, and it is believed that the more they eat, the more plentiful the food will be in the coming year.

Another increasingly popular New Year's Day tradition in many parts of the world is the Polar Plunge, or Polar Bear Plunge. People visit their nearest beach, some in fancy dress, and take a dip in the sea. A lot of the events are for charity, with those brave enough to take the icy swim being sponsored by those who aren't!

Many people across the world make New Year's resolutions or promises to themselves to achieve certain goals in the coming year. This seems to be one of the oldest traditions we follow - the ancient Babylonians are thought to have been the first people to make resolutions around 4,000 years ago. Their promises included paying debts and returning any items they had borrowed.