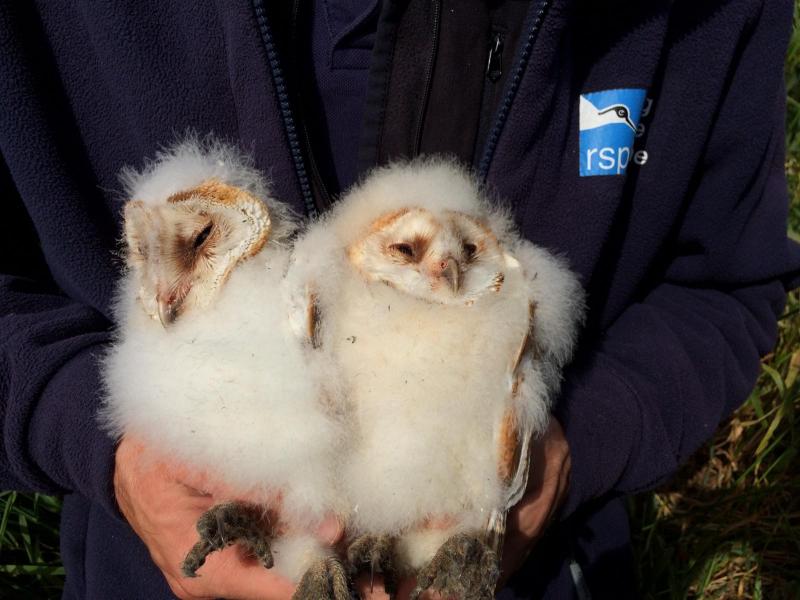 Welcoming any new youngster into the world is a cause for celebration, but the successful raising of two barn owl chicks to fledging age at RSPB Bempton Cliffs is a really special moment – especially at a time when wildlife is in so much trouble.

The cliff top team were hopeful of a new arrival when a pair of adult barn owls took up residence in one of two owl boxes in the spring. Both boxes were originally installed six years ago with the aim of encouraging barn owls to breed on the cliff top reserve. However, until now, they had only provided a home to a pair of kestrels as well as stock doves.

Site Warden, Dave Aitken, said: "Barn owls are a regular feature on the reserve as the cliff top grassland is managed in a way that provides suitable hunting areas for them and supports small mammals, which are their staple diet. However, we’d had no luck with them starting a family here".

As soon as the barn owls settled in their new home, trained and licensed staff carefully monitored the Schedule One Protected Species and attempted to keep the nest activity out of the public eye as nature took its course. Initially the barn owls had five eggs, three of which hatched. Two of those chicks survived to fledging age. At this point, youngsters can move up to 12 km away – but they’re more likely to remain within 1-2 km of the nature reserve if the habitat is suitable.

And while there is a high mortality rate amongst juvenile birds – mainly from starvation as inexperienced hunters struggle to find food during winter – there’s every chance that they’ll do well as the local barn owl population is thriving.

Dave Aitken is delighted with the outcome: "To finally have a pair use one of the two boxes is a real joy, and a very small conservation victory for this much-loved farmland species."

No-one is certain of the exact number of barn owls in the UK but the estimate is around 9000 pairs. Hopefully the ‘Bempton Cliffs Two’ will help increase that number by finding mates next year.