For anyone who was around in the mid 1970s whether you liked them or not the Bay City Rollers were at the time the band of the moment.

With their tartan clad clothes, familiar pop songs and their own TV show the group - led by singer Les McKeown whose sudden death at the age of 65 years old - announced this week, were at the time as big as The Beatles.

McKeown would have been around 20 years old when the Rollers were at the height of their success - a young age for anyone to deal with that level of fame.

1975 was the year that the Bay City Rollers owned the hits such as Bye Bye Baby and Give A Little Love topped the charts in the UK and most of the rest of the world.

Fans rushed home from school every Tuesday to see their own TV show, Shang-A-Lang (named after one of their earlier hits), a mix of comedy sketches and the band singing their hits - usually with a stage invasion. The show had guests from Cliff Richard to David Cassidy. 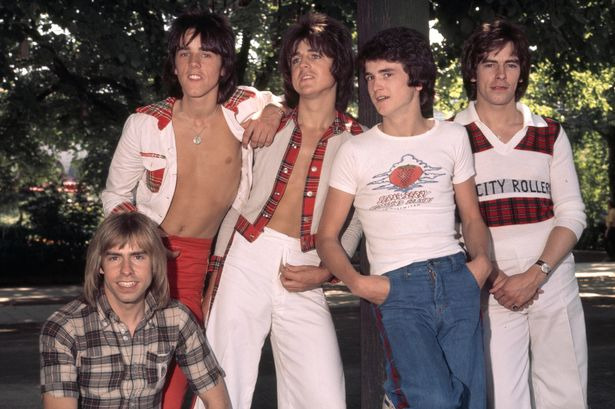 In May of that year the Rollers went on tour which visited Leeds and what was quite a coup at the time for Halifax in what is now the Victoria Theatre. The mainly female teenage fans ran around the town before and after the concert shouting and singing the band's hits. At the time if you hadn’t got a ticket it felt like you were missing out on the best party of the year.

When he was on a rare visit home to Edinburgh, McKeown - again just 20 at the time - ran over and killed a 76-year-old woman.

The day after the accident McKeown rejoined the tour.
He said: "I can remember just being in complete shock. I don't know how long it took me to come out of that shock."


Also by Graham Clark...
Paco Versailles - DancemencoA Taste Of Italy ....In CollinghamYorkshire Gets To Share The Stage At The Brit Awards Ahead Of NHS Charity Single ReleaseJack Savoretti. No Longer Singing To StrangersRag ‘N’ Bone Man - Life By Misadventure
Like most bands who were teen sensations the hits began to dry up. Punk music arrived and the musical landscape changed completely.

By 1978 McKeown had left the band and released an album in 1979 with his new group Egotrip.

The lure of the Rollers music saw him perform under the name of Les McKeown’s Bay City Rollers with the act visiting the region countless times - a tour was even planned for later this year.

For the female fans whose bedroom walls were covered with the band's photos it will feel like another part of their childhood has gone. Not for good though - as McKeown sang on Shang-A-Lang “music like ours couldn’t die”.

For those teenage girls who were part of what was called “Roller Mania” the music that McKeown sang will always live on.