Beauty And The Beast Is Beautifully Done At Halifax Victoria Theatre 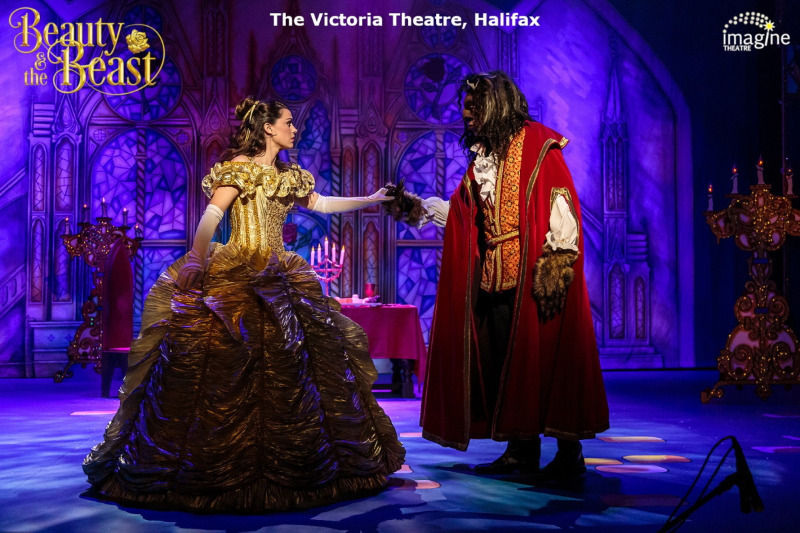 There are no big stars, no big special effects and no weak spots in the Halifax Panto and guess what? It is all the better for it.

If you are after a traditional Pantomime with slapstick humour, up to date songs that kids know and love along with a show that sticks to the storyline rather than deviate to let some big star do his bit, then this is the one for you.

Most children are not bothered about big stars, you just have to look at their faces when a scene such as the 12 Days of Christmas is performed in the Halifax Panto to see what they enjoy. 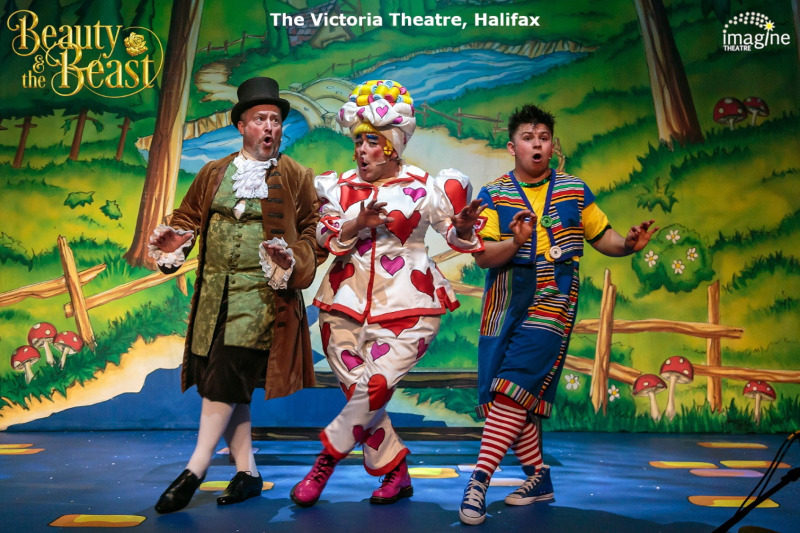 Josh Benson as the multicoloured wearing Josh was as comical as they come, he danced, ran through the stalls, squirted them with water and threatened to put a custard pie in their faces but they still loved him. The 22 year old has a great future in front of him.

Adam Stafford as Dame Kimmy, also known as Star of the Real Housewives of Brighouse appeared a natural Dame - the comical chemistry between him and Josh provided some of the best scenes.

Matthew Wellman hammed it up as Eugene - a suave and sophisticated figure who loved himself with an aloofness that was part James Bond and part Milk Tray man! I couldn't wait for him to return back to the stage.

The producers have cast Jenny Perry as Belle and Sam Wilson as the Beast/Prince Proudfoot with good effect - the natural chemistry between them ranged from love to happiness. 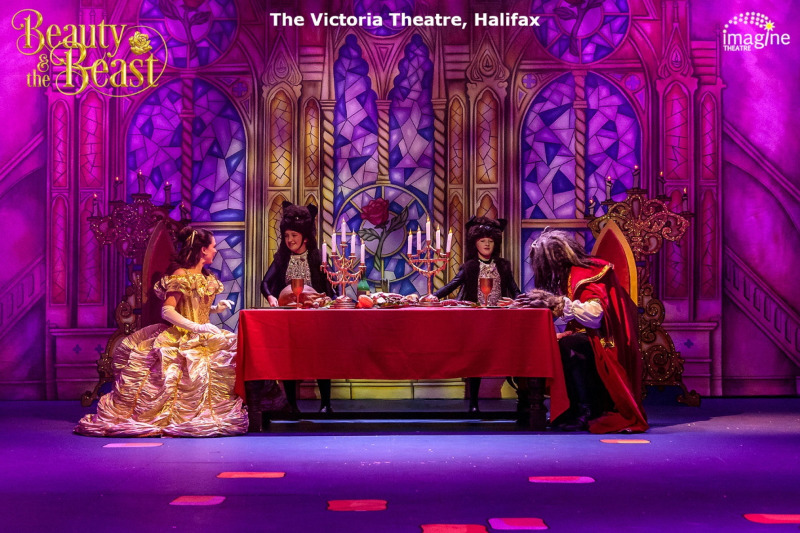 Richard Anthony-Lloyd was born in Yorkshire and thankfully was allowed to not disguise his Yorkshire accent, though at times he did verge on Keith Lemon! Lydia Rose Bertie as Enchantress improved as she went on and eventually did justice to the numbers she sang.


Also by Graham Clark...
Fightback Brewing Company Help To Save Our Music VenuesCatch This - Catch Fish And Chips Are Coming To HeadingleyHull Pantomime Is PostponedThe Coronas - True Love Waits (So Far So Good Records)Dining Al Fresco At Gino’s In Hull
The songs too are up to date with George Ezra's Shotgun hit and even the Little Mix track, Black Magic getting an airing - again these are songs the youngsters know rather than some big band number from 40 or 50 years ago.

Add to that plenty of audience participation, some good old fashioned skeletons that appeared in ultra violet light and you have the makings of a traditional family panto - but with some top class performers and dancers.

You will not be disappointed - I wasn't. Great story, great cast, it is what panto should be all about.