Beauty Awakes At The Theatre Royal 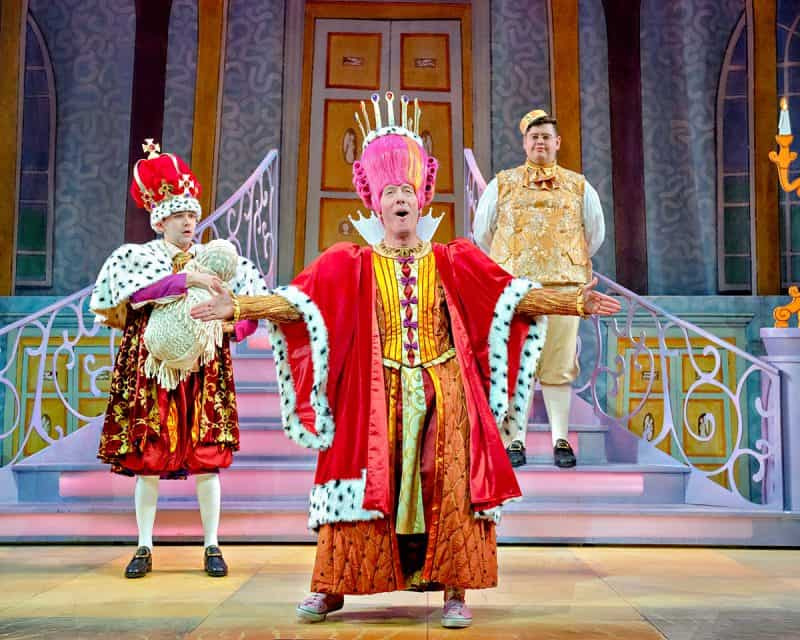 Jack Lansbury, Martin Barrass, Howie Michaels. Photo by Robling Photography
And then there were four!

The most famous of the five, Berwick Kaler, the immortal dame, has retired - and how could the legendary panto at York Theatre Royal possibly go on for the first time in forty years without him? The answer is very well. Martin Barrass, even more skippily ebullient than ever, is keen to show he can go it alone, as Queen Ariadne, all big hair, flouncy frocks and slapstick, ruler of Brexitania. The prodigiously gifted David Leonard shoulders a little more of the work load, contorting his vocal chords and strutting his sinister stuff as the eminently hissable Evil Diva - and A.J. Powell flits impressively on and off, like a Brummie Belisha Beacon, as Darth Diva.

Suzy Cooper is, of course, the beautiful princess Princess Beauty, bringing all her winsome charms and great talent to the role. Those men in the audience who looked (and felt) as though they’d missed their beauty sleep the night before, staying up watch the election results come in, certainly brightened when Sleeping Beauty came into view. Ever vivacious, the years are certainly kind to Suzy and long may she continue to combine the perky vivacity with the appealing innocence.


David Leonard as Evil Diva. Photo Robing-Photography
Among the several new faces Jack Lansbury excels as Tarquin Farquhar, the romantic lead, the prince in disguise who arouses Sleeping Beauty with a kiss. You know the story! He has a rather mellow voice which, dare I say it, seemed a little underused. If he’s back next year, let’s hope he gets to sing rather more. Howie Michaels bounces merrily around as the well-named Funky the Flunky, somehow necessary for continuity if slightly undeveloped as a character. 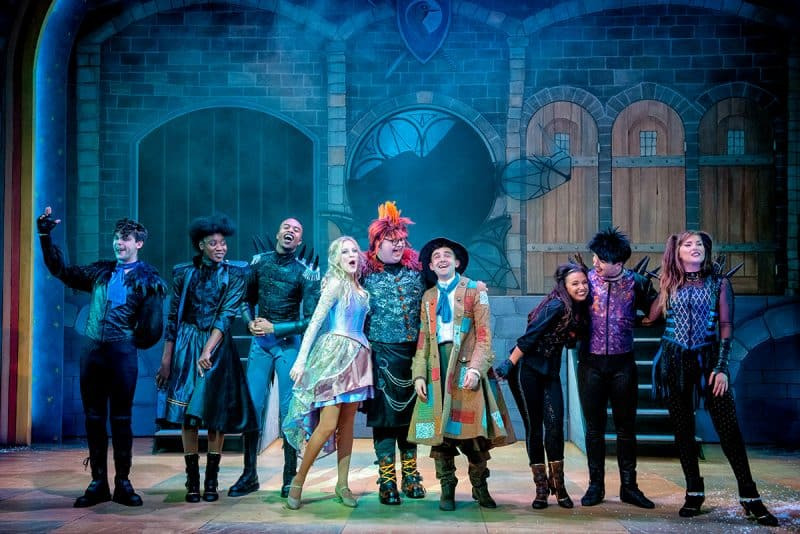 Suzy Cooper, Howie Michaels, Jack Lansbury and the Ensemble
Of course the famous four are at the delightfully dizzy heart of everything as they have been since many parents in the audience were watching as kids themselves. The great dame may have retired from the stage (or might we actually catch a glimpse or two of her?) but the panto has been written and co-directed (with Matt Aston) by Berwick Kaler and the script bears all the hallmarks of his invention. This is panto for the people, a real popular vote winner, a rich and wholesome confection appropriate for a city synonymous, among other things, with chocolate. It can stand on its own as a united panto kingdom without the help of flashy foreign imports, big name telly stars moonlighting from soaps, has-been boxers, one-hit pop stars muscling in on the show. Nor does it need the kind of Gordon Ramsey language that baffles the kids and, in context, brings forth embarrassed laughter from grand parents.


Also by Andrew Liddle...
Flying Herbert On The Cleveland WayKing Neptune's Baptism Of FireWhy I Didn’t ClapThe Pub ReopensBeer Of The Week: Selby Blonde From Jolly Sailor
This is traditional panto at its consummate best, albeit with lots of relatively modern allusions and attributions, referencing Super Man, for example, and Star Wars. One sensed there were very many from the world of pop that only the kids were getting, from the gales of laughter coming from them and the light in their eyes. Seated as I was at the front of the stalls, on one occasion I saw Martin beam directly at a little girl on the first row who blushed sweetly, something that will no doubt remain with her forever. How nice of him and for her.

With a strong ensemble of dancers who can sing well, choreographed by Grace Harrington, and not least a strong team of local children who seem to have more speaking roles than ever before, this is the delight we always expect from this theatre’s annual panto.

Life is like that: one person’s retirement is another person’s opportunity and the show goes on. Politicians might care to remember that.