Beer Of The Month Of June: Frothingham Bitter

In September 2013, Matthew Hodgson, director of Great Newsome Brewery, got a call from a landlord who sold his beer. It was to offer congratulations on Frothingham Bitter having won the World Beer Award in the category ‘the world’s best bitter up to 5 per cent ABV’. Seven years later this beautiful classic bitter wins another award: it is the Yorkshire Times’ Beer of the Month of June. 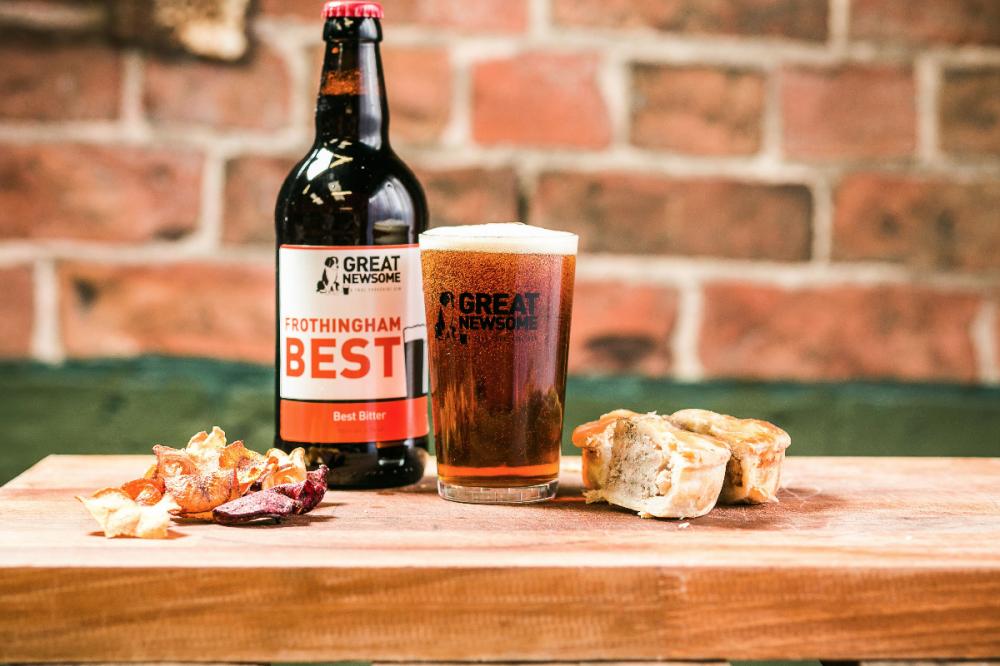 The fact that Matthew did not even know of the honour - and that they had shaken off strong competition from all over the world, including from the United States, Canada, Germany, France and Japan - a full month after they’d scooped the prize of prizes in the brewing world speaks volumes for the small Yorkshire firm’s lack of ostentation and their concentration on brewing rather than marketing. The award, the first of many for a whole range of their beers, brought them to the attention of national news. ‘This put us on the map all right,’ says Matthew, ‘created a lot of business and opened up the export market.’

Conspicuous success had come after six years of graft and toil, after the Hodgson family had taken the bold decision in 2007 to diversify into brewing after four generations of farming. ‘We’d considered it in 1999,’ Matthews remembers, ‘and decided the time wasn’t right and then again revisited it in 2005 doing a feasibility study.’

It was not until a couple of years later, however, as the craft revolution began to take off and local markets to open up with fewer landlords being tied to big breweries that they judged the moment propitious to launch their five-year plan. Initially, they brewed on a ten barrel-kit in the big old converted Victorian barn that now houses their offices.

Matthew leads me across to the new much more modern premises that this year they have moved into, where Nick Hopper, head brewer since 2008, is happily at work. They had to move to accommodate the new state-of-the-art 20-barrel kit, capable of turning out 100 barrels a week. At my request Matthew works out in his head how many pints that is and comes up with the answer ‘a lot’! 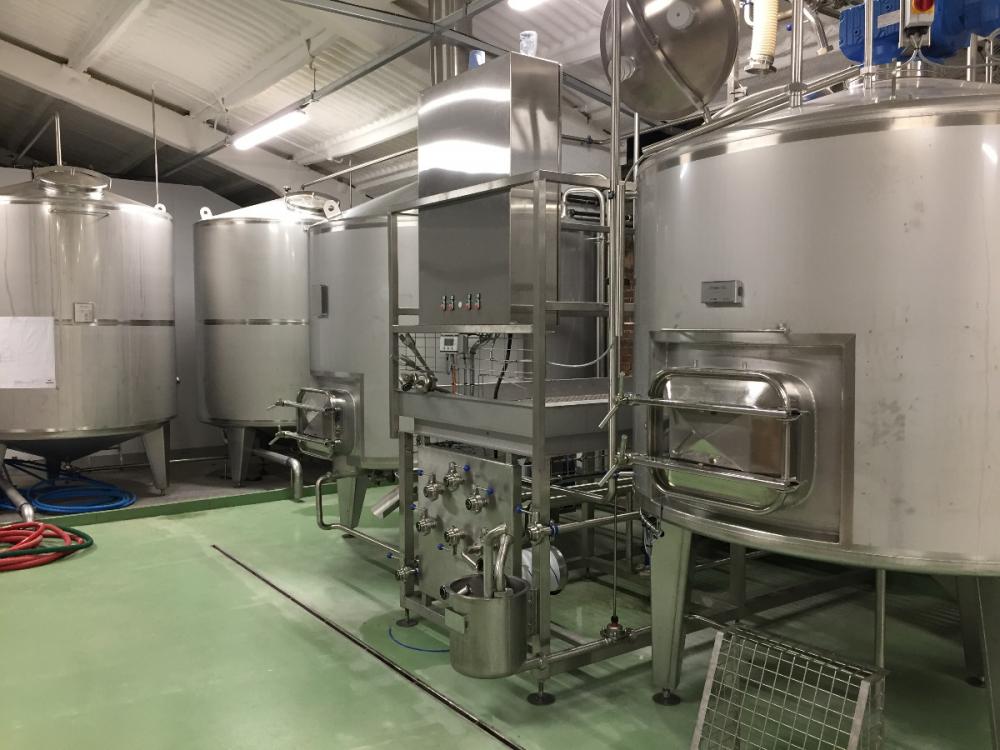 Great Newsome Brewery
Until recently 90 per cent of that output has been in casks to supply many local pubs where they have permanent lines, for example, notably, the Crown and Anchor at Kilnsea, a wonderful old traditional pub with immense views over the Humber Estuary, where I had my first memorable pint of Frothingham. Of course, many other pubs take Great Newsome as guest beers in a catchment area that extends as far inland as Brough, north to Bridlington and across the Humber into North Lincolnshire.

Their name derives from that of their farm in Winestead, a Holderness village, in the fertile flatlands, about fifteen miles east of Hull. It’s not far from South Frodingham which until the early eighteenth-century was called Frothingham – hence the name of the beer. Matthew explains the history, the nice little pun on one of the aspects of beer – its froth – and the fact that as an added bonus it creates interest in the USA where there are many people with that surname whose ancestors came from the village.

Great Newsome have almost entirely switched to bottles in the current climate to supply the on-line demand. ‘We notice that this very much corresponds to where our beer is sold,’ Matthew tells me. ‘People who drink it in their local have tended to simply switch to bottle consumption and we are very grateful for their support.’

So how have they coped in the crisis. ‘Nine weeks ago, we were staring into the abyss, but we’ve adapted and shown flexibility in a way that some bigger breweries have not been able to do. It’s been very hard work with us having to furlough some of the staff.’


Also by Andrew Liddle...
Georgian Theatre Royal Gets Grant To Boost EnvironmentChick Corea, Colossus Of The Jazz KeyboardMagic Rock Zooms In With A New AleTop Of The Hops: Magic Rock’s Eight HaulA Dumb Blond In Charge Or A Malign Force?
It’s quite amazing to hear that in this time they have actually extended their range of beers, resurrecting previous favourites as well as introducing new ones. ‘Normally, we have six core beers and one seasonal special, but since moving to bottles we are now brewing ten different ones.’

Sleck Dust (3.8% ) is their best seller, run pretty close at the moment by their pale session ale, Yan Tan Tethera (3.5% ), named after the way Yorkshire farmers traditionally count sheep. Dark beers are also finding favour, Liquorice Lads Stout ( 4.3%) being particularly popular and originally brewed at the request of a customer near Pontefract, the home of liquorice.

Back in the office, Matthew pours me a pint of his best bitter. According to the blurb it’s: a ‘dark amber robust best bitter [with an ] aroma of raisin fruit and hazlenut, moderately bittered with resin hop and peach fruit tone through to a sweet finish’.

Indeed it is but what this fails to wax lyrical on is the first favourable impression created by the emanation of floral hops, compounded by the lovely reddish amber glow in the glass and the smooth sweet caramel maltiness on the palate balancing the crisp hops. For a beer so named there is surprisingly little head which retreats quite quickly This is a ravishing drink I’d walk many a mile for and would want to slake my thirst at the end of a long walk.

‘Clearly being a brewer must be a labour of love’, I conclude, ‘when the end product turns out as good as this.’

Matthew smiles. ‘It’s been a passion and a dream come true, but it’s been hard work, I can tell you.’

Great Newsome Brewery’s Frothingham Bitter is deservedly the Yorkshire Times’ Beer of the Month for June, 2020.