Beer Of The Month Of May: Black Sheep Ale From The Sheep Town 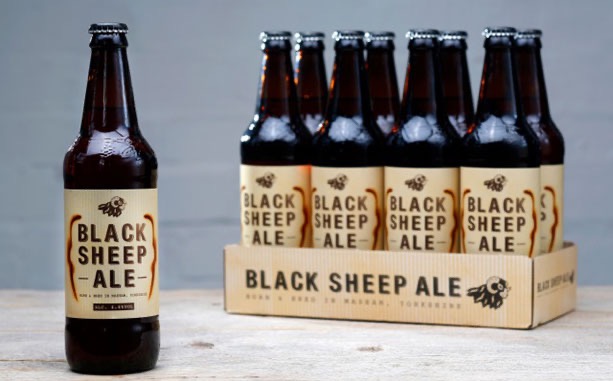 The Yorkshire Times' prestigious Beer of the Month award for May goes to Black Sheep Brewery’s Black Sheep Ale.

It seems like it is pretty much everyone else’s beer of the moment as well. The Masham-based brewery is experiencing the biggest increase in sales ever in its online shop as customers from far and near turn to the internet to order bottled and canned beers, not only this classic Black Sheep Ale, but their Golden Sheep Ale and Riggwelter and also their collaborative brew, Holy Grail.

Charlene Lyons, Chief Executive, said: ‘With the country staying at home as much as possible, we’re seeing levels of online orders never seen before, not even during the festive season which is typically the busiest’.

The reported increase of more than 1,500 per cent in online sales since pubs closed on March 23, compared to the same period last year, is truly staggering, particularly bearing in mind that so many other brewers and drink wholesalers are offering similar online services - with most of them reporting a significant increase, most welcome in these strange times, but nothing to rival Black Sheep’s spike. 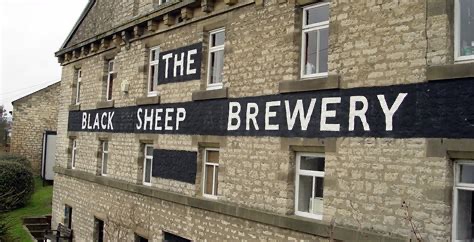 But is the figure that surprising when you consider how popular and well known their beers have become as, indeed, has their place of origin? Masham, you might say, is synonymous with beer and sheep. Its very name is almost suggestive of one of the key processes of brewing. The Masham Sheep Fair is probably the biggest thing in the calendar in an area which for centuries was dominated by Fountains and Jervaulx abbeys, whose monks kept sheep and brewed ale. Such a continuity is most welcome in an age that has seen so many craft brewers sprouting overnight like mushrooms in a field of horses.

This small market town on the edge of the Yorkshire Dales, not far from Ripon, has a warm redolence of good beer about it, not as overpowering as that which pervades the big brewing town, Burton-on-Trent, or sours the air around Ibrox on match day, but nicely perfuming and persuasive. It makes you feel you have a duty to slip into the Bruce Arms or the White Bear or, maybe, take a brewery tour.

Black Sheep receive about 50,000 people annually to their visitor centre to take the tour and sample the traditional beers and the new ones like the Choc Orange Stout, for example, a potent at over six per cent ABV and heady with aroma of Terry’s Chocolate Orange.

And so to the tasting.

Black Sheep Ale is a traditional British amber ale, refreshingly bitter but with a lingering spicy, nutty sweetness. It pours a deep amber colour but settles to chestnut, giving off all the while the heady caramel malt aroma. As the ale warms and settles, the yeasty malty bouquet heightens and makes you feel good in the way that freshly-baked bread works on the senses.


Also by Andrew Liddle...
Beer Of The Week: Hambleton Brewery’s Beautiful NightmareWednesdays’s Wallop: Cragg Bitter From Little MoorBlack Dub Brewed In WensleydaleBellyrub Reopens For Craft Beer In ScarboroughWednesday’s Wallop: Ilkley Brewery’s Mary Jane
It retains a thin white head which reduces very slowly to a clinging lacing – always a good sign. It has a crisp finish and the toasted malts and floral hops alert the palate to a sense of high expectancy and you just know a few bottles are going to be cracked most merrily. A few quaffs in and, as I wipe the froth off the Covid-inspired beard, I can’t help congratulating myself on the exquisite nature of my taste. This is damn good beer, I write on my notepad, although I’m not likely to forget it.

The company’s own assessment, which I would take as read is: ‘Brewed with many generous handfuls of choice Golding hops, it is full flavoured ale with a rich fruit nose. The bittersweet malty taste is followed by an uncompromising long, dry and bitter finish. This beer was the first, most successful, of all of our bottled beers.’

There can’t be many places with a population under 2,000 which has two such distinguished breweries as Black Sheep and Theakston’s. The Black Sheep Brewery was established, in 1991, by Paul Theakston, a direct descendant of Robert Theakston who set up brewing in 1827, and this sometimes causes confusion, particularly for southrons coming up to see God’s Own Country and taste some real beer.

T &R Theakston Brewery have been brewing outstanding ales in Masham since 1875, but let us not confuse this original firm with Black Sheep. After Theakson’s were taken over in 1987, by Scottish & Newcastle, another branch of the family broke away, purchased the North Yorkshire Malt Roasting Company, and in 1992 started a new brewery, Black Sheep. There is more than a suggestion of Yorkshire pride and stubbornness at work here, even perhaps in the very name they chose. They were using part of the old brewery premises, adjacent to the White Bear Hotel - one of Theakston's own pubs - and their first ales were sold at the Bruce Arms, in the heart of the village, just off the market place. 'Brussen' might be the delightful Dales' word that springs readily to mind.

This article is about Black Sheep not Theakston’s, but it is an important side-note that, in 2004, Theakston’s returned to family control after four Theakston brothers purchased a majority shareholding from Scottish & Newcastle. Yet, it wasn’t until 2009 that the brewing of Theakston’s Best Bitter actually returned to Masham, so in a sense Black Sheep can claim pre-eminence hereabouts. Suffice it to say, both make excellent beers, Black Sheep’s range of well-hopped bitters different in character, perhaps, from Theakston's more fruity and yeasty beers.

All bottled beers brewed by the Black Sheep Brewery are suitable for both vegetarians and vegans. The brewery is continuing to offer local drink and food deliveries, within a 15-mile radius of Masham. Details can be found on its website, https://www.blacksheepbrewery.com/ - and via social media.

As far as I know, the next Masham Sheep Fair is still scheduled to take place on 26th and 27th of September this year. I hope to be there to stroll about, drink this lovely beer at its fountainhead and to toast the end of Covid.