Beer Of The Week: A Chinook Blonde From Goose Eye

The Yorkshire Times' Beer of the Week is Goose Eye’s Chinook Blonde. 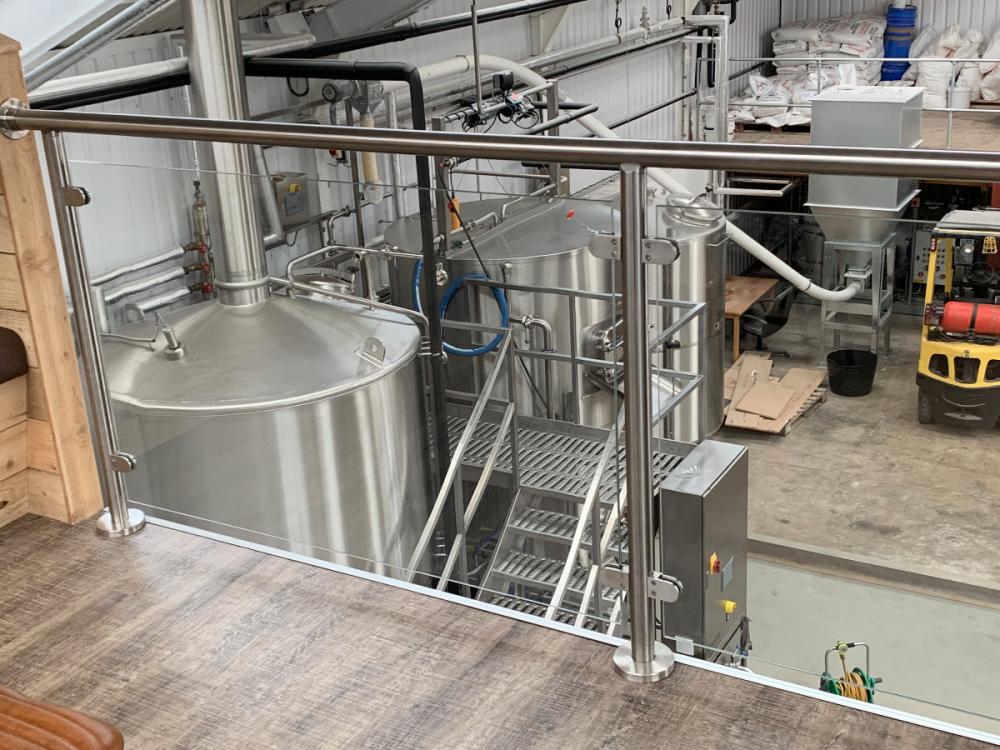 David Atkinson, a down-to-earth Keighley lad, has to laugh when he hears about the number of oftcumdens regularly claiming to have started the Craft Revival or been in at the beginning. His current Goose Eye Brewery is still using some of the same recipes that Brian Eastell devised back in 1976, for the original brewery of the same name that he founded, more than thirty years before the craze began for micro-breweries.

Although it is commonly thought that Goose Eye began in 1991, and that indeed is the date that Simon Jenkins mentions in the standard authority, the Yorkshire Beer Bible, David reveals to me the much earlier date. ‘We were originally brewing for the Turkey Inn in 1976,’ he tells me with some pride.

That 1991 date is actually when Jack, his father, and Brian Eastell resurrected the business, which had been in a longish abeyance because of other business demands, taking out of store the original equipment and dusting off the old recipes and brewing again, this time in Ingrow. Five years later Jack’s son, David, came on board after Brian had departed to take over the Old White Bear, at Crosshills. 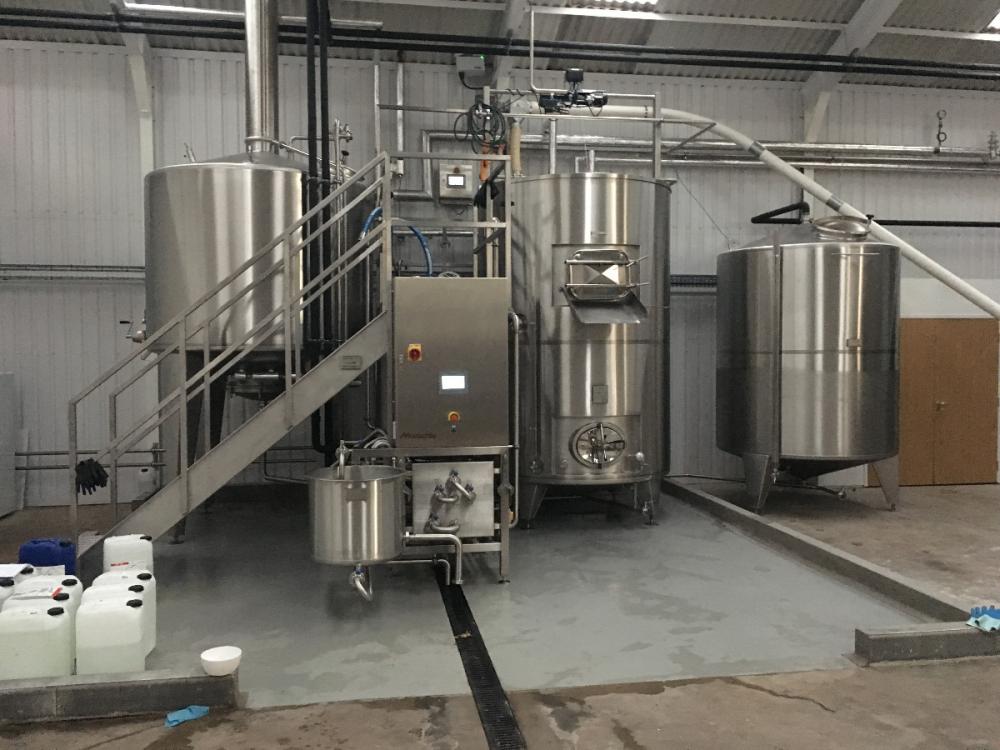 Now in his early fifties, David runs it with his two sons, Jack Jnr. and Joe, and in his time he has seen it expand and widen its heartland, doubling the capacity since moving to Crossflatts, near Bingley, with a new 20-barrel kit with potentially a capacity in excess of 5, 000 pints a day. They are fiercely independent and don’t get involved with supermarkets and wholesalers, but supply direct to a good many pubs where they have permanent lines and also supply guest beers. ‘We are a quality product,’ David says forthrightly, ‘and we have to charge a quality price.’

He reels off a list of eminently decent pubs stretching as far as Hebden Bridge, including one of my favourites, The Bull’s Head, in Baildon. The Turkey, at the eponymous Goose Eye is a great pub all the year round, welcoming to walkers and dog-owners, heated by coal fire in the winter and with an attractive beer garden for the summer. It’s always worth a trip out there deep in Brontë Country, near Oakworth.

One of the best ways to enjoy their beers is from the recently-constructed mezzanine, a most impressive Scandinavian-looking bar, overlooking the brewery, That way you get, full volume, the wonderful yeasty, hoppy flavour of the brewing experience. You also see the gleamingly modern equipment being put to good use. 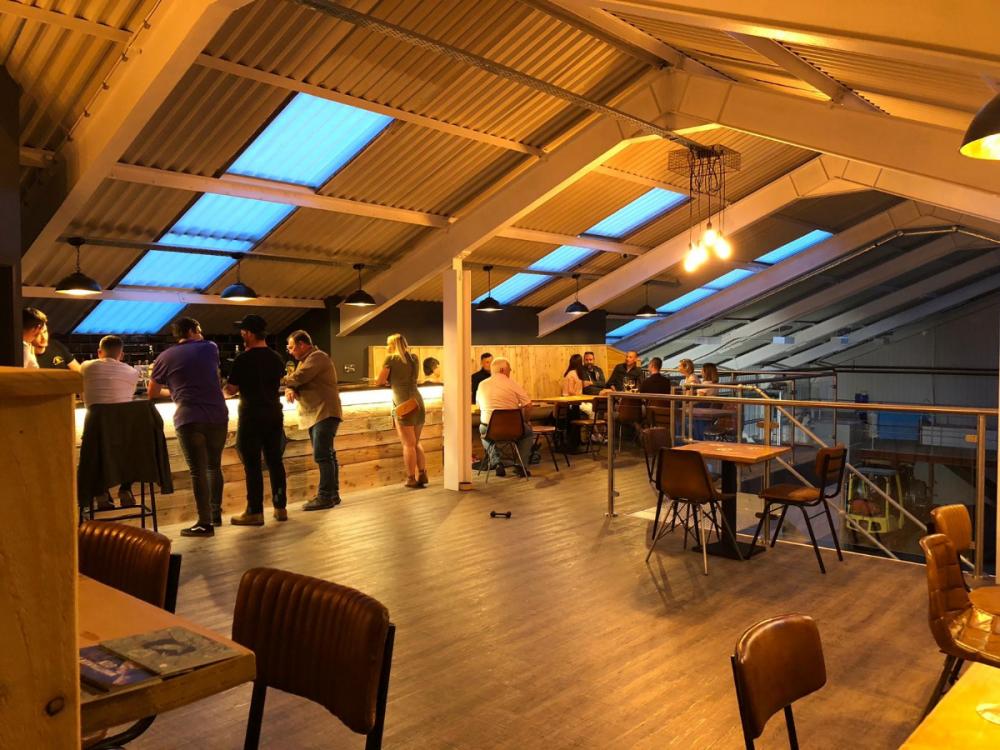 I take home with me one of their bag-in-boxes which come in 5- or 10-litre containers of my personal favourite, the Chinook Blonde (4.2 ABV) and ask if David regrets not having a bottling plant in the current circumstance. ‘Very much so’, he frankly confesses, ‘and we intend to get one. We are making direct local deliveries but it would be easier in bottles.’

When I get it home, I drink a pint of it at leisure and with great pleasure, content to allow the brewer to define his own beer as: 'Our number one seller, bursting at the seams with American Chinook hops, which provide it with one of the most distinctive and captivating tastes you might ever try - with copious amounts of flavour and an abundance or aroma.’


Also by Andrew Liddle...
The Lonely Chapatti’s Food For ThoughtThe Nomadic Life At ChristmasTerriers Get The Magic Rock For ChristmasLaughter In The Dark In Leeds - From The Devil’s JukeboxFalsgrave Park, The Town Crier And An Upturned Santa
Basically, it's got the lot: strength, character, depth, and smoothness and all the flavour, taste, zest of the Chinook hops.

I don’t feel the need to say any more other than it’s a spectacular drink. I do, however, feel a compulsion to add a little about the delightfully strange and quirky name of the village. It is commonly thought to derive from Goose Hee, ‘Hee’ being hill or height in the dialect. ‘Hey’, on the other hand, is a field where geese were fed and this may be another explanation. The pub’s own website offers another possibility. They think it may come from a local goose fair, the ‘Eye’ part probably deriving from the Anglo Saxon suffix ‘ae’, meaning ‘near a stream’.