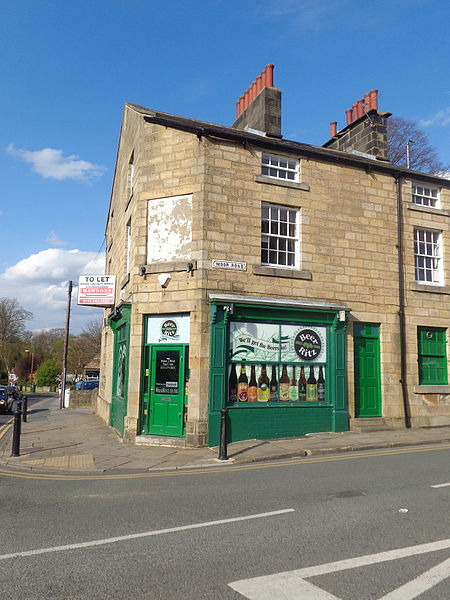 Beer Ritz’s vivid green doors will open no more. The little corner shop at the junction of Weetwood Lane, and Moor Road, Headingley, which somehow packed in most of the world’s finest beers, has suddenly closed.

The country’s first independent specialist beer shop, a beer connoisseur’s cornucopia, founded in 1998, has ceased to trade after twenty-two years, sending shock waves through the industry. They’ve been a fixture in this vibrant part of Leeds for two decades and customers came from far and wide to buy rare and specialist beers not available elsewhere. Years ahead of the field in the now burgeoning beer shop market, their closure almost seems to defy belief, particularly as days before they were still promoting the arrival of exciting new beers.


Also by Andrew Liddle...
Treboom Wins GoldChantry Beers - The Pride And The PassionTheatre In The RowntreeAugust's Beer Of The Month - Rooster’s Craft Beer PerfectionMixed Reaction To Brewing Tax Reforms
Closed during much of the Covid lockdown, they re-opened then closed again, citing technical problems, before announcing their grand re-opening only to close for good a couple of days later. As one person in the trade I spoke to put it: ‘one day they were re-opening the next they were gone.’ The first thing the world knew about it came from a brief stark announcement on Twitter.

No one is answering the phone but the Yorkshire Evening Post quoted an unnamed source as saying: ‘We’re really sorry to have closed the shop, but it’s the old story – rising costs, falling revenue and tough trading conditions.’

They are, however, apparently continuing to take on-line orders ‘until this message says otherwise’, and their parent company Beer Paradise is still trading.

It goes without saying they will be much missed.