A Winning Streak for Stepping Stones in Bloom? 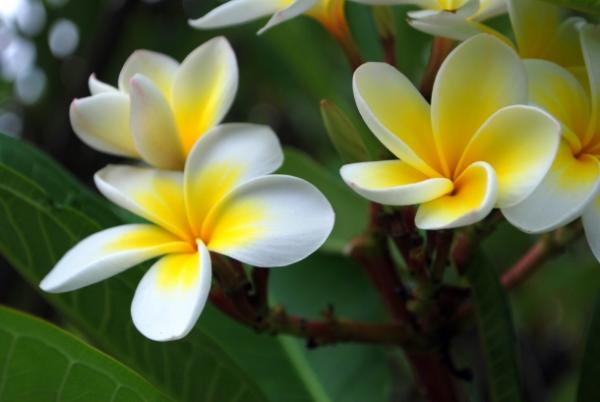 Last year represented a resounding success for Stepping Stones in Bloom, beating 30 others in their category to win a Gold Award in the RHS Yorkshire in Bloom Competition. This year, the judging has commenced, and the team await the day of the results on tenterhooks.

Although the bar has been set extraordinarily high, their success from last year has spurred them on, and the team are eager to continue their winning streak.

What makes Stepping Stones in Bloom so special however, is not only their horticultural excellence, but the fact that the team is primarily made up of adults with learning disabilities.

The Stepping Stones project, which started in 1999, is a day service which aims to build the confidence of vulnerable adults through gardening, at its picturesque site near the bottom of Aireville Park.

The team at Aireville Nurseries have done all the planting for Skipton in Bloom for the past five years, overcoming many difficulties and gradually building recognition for their work.

But at a time when local council funding is decreasing dramatically, the project could face even bigger challenges in the future.

I visited manager Hadyn Davies at the Stepping Stones site to find out more. 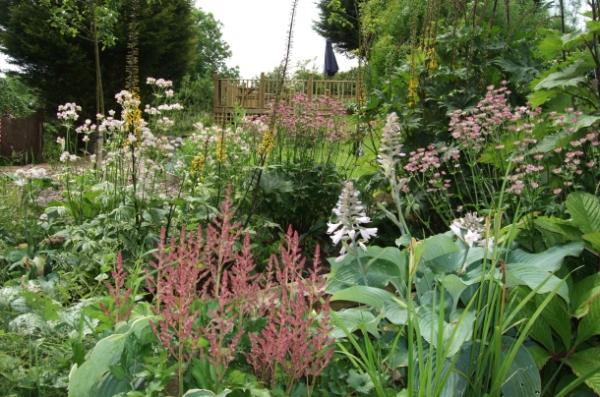 So Hadyn, can you tell me a bit about the Stepping Stones project?

Stepping Stones is a project for adults with learning disabilities that started initially in 1999 as an off-shoot from traditional social services day services.

We moved to the present site in 2006 when the project out grew the single poly-tunnel it was using, and we've got a two acre site here at the bottom of Aireville Park which is a fantastic place, as you can see.

The whole site was derelict when we got here, with broken greenhouses and broken caravans and all sorts, but now it's been transformed.

We've got a sensory area with a pond, we've got an area for growing fruit and veggies, and we've also got three poly-tunnels which we use for bedding plants predominantly.

The team have put in a lot of hard work over the past 7 years and we've had some invaluable help from the Community Payback team recently too.

What goes on here on a day-to-day basis?

We do a lot of work for Skipton in Bloom, and we have between 15 and 20 adults with learning disabilities on the project at the moment, most of whom are referred through social services as vulnerable adults.

People might come just one day a week, or some for the whole week, and we have some people who come as volunteers.

Several people have been coming since the project started in 1999, although the idea of Stepping Stones itself was to enable people to come in and get more skills and then to progress on.

Have many people progressed into paid work from the project?

Several people have part-time paid or voluntary work elsewhere. The feedback that we get from parents and carers though, is that everybody's confidence is boosted, and over a period of time people gain skills and independence.


Everybody's confidence is boosted, and over a period of time people gain skills and independence.
Parents are amazed quite often that we manage to engage people and teach them to use petrol mowers or strimmers, or seemingly quite dangerous pieces of equipment that they wouldn't dream of using at home. But gradually, with the support that we're able to give, people can pick up those sorts of skills.

Travelling independently is important, so we help people gain the necessary skills to enable them to access the project independently and now there's only one person who uses the county transport, which is great.

You might think that this a gardening project, but gardening acts as a great platform to teach people a whole range of skills.

We also do cooking and make soups, chutneys and jams and all those kinds of things. So there are loads of opportunities for people to develop skills that are transferable to their home environment and their life as a whole. 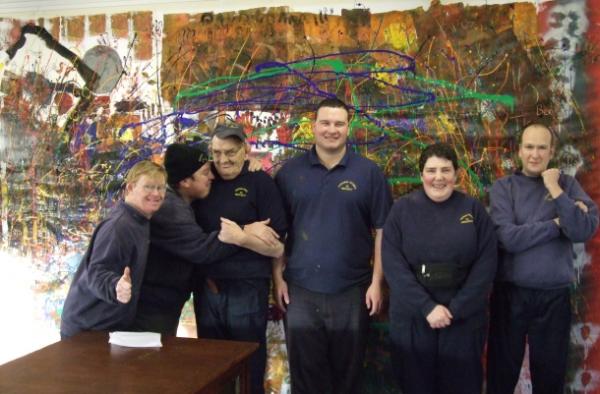 The Stepping Stones team show off their art-work.

Could you tell me a bit more about Skipton in Bloom?

For the last five years we've entered the RHS Yorkshire in Bloom awards and last year we won gold, and we won the category as well which is absolutely brilliant.

Several of the group went to the award ceremony at Ripon Racecourse, so we're very proud of that. I think that shows that we're able to do gardening to a very high standard, as well as supporting people.

And we're waiting for the results of this year's competition to be announced, so fingers crossed!

So you mentioned that funding in the future is uncertain...

Well there's a concern that the project could be vulnerable in the future yes. At the moment we're totally funded by North Yorkshire County Council, but over the next few years services are likely to change.

So although there's no direct threat at the moment, I think the concerns are that the project might not be funded well enough to develop it to its full potential; it could just tick over or potentially wither away.

How do you plan to future-proof the project?

We formed a 'Friends of Stepping Stones' group about three or four months ago, and we now have a constituted small charity group that is meeting regularly with trustees.

We've also had some funding that's come from Craven Community Voluntary Services to look at the feasibility of developing the project into a social enterprise. That might involve setting up a shop here, extending the nursery sales, and developing maybe even a café and doing workshops.

But what we're also interested in is other community groups such as people with mental health issues that might want to access the project as well, so that it opens its doors in a sense and becomes more of a community-based project.

We're thinking about hopefully externalising from North Yorkshire and becoming an independent sort of social enterprise. 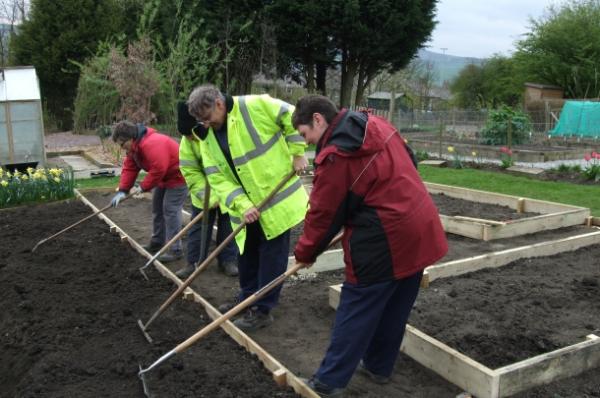 There's plenty for the team to do in all seasons.

See a video tour of the Aireville Nurseries site here:


Music for the video is by Kai Engel, from his album Irsen's Tale. Rather shaky camera work by Elizabeth Archer.