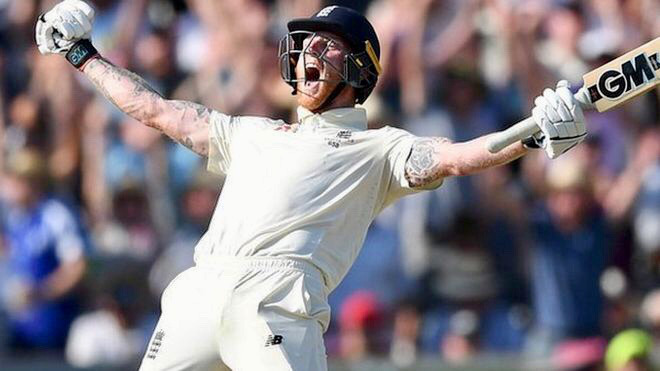 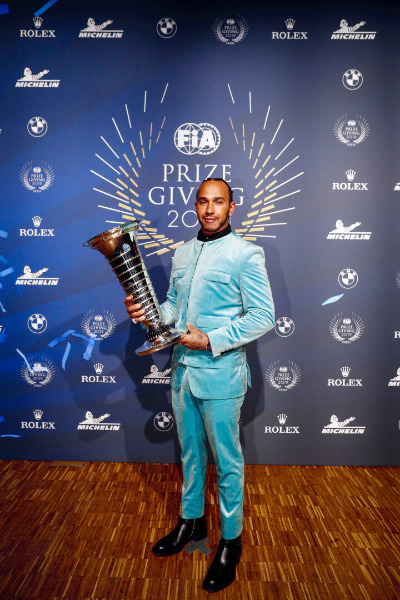 Lewis Hamilton collecting his sixth FIA F1 drivers championship trophy in Paris earlier this month
This year the BBC held its annual Sports Personality Of The Year evening in Aberdeen and, after a public vote just like Strictly Come Dancing the night before, it was England cricketer Ben Stokes who emerged on top, with Formula 1 driver Lewis Hamilton and athlete Dina Asher-Smith the runners-up.

It proved to be a highly successful evening for English cricket as the Team of the Year silverware and the gong for the Greatest Sporting Moment Of the Year went to the men’s World Cup winning team.

Hamilton, who chose not to attend the event in person but contributed via a video link, claimed a sixth Formula 1 drivers title in 2019, his fifth in the last six years whilst driving for the all-conquering Mercedes-AMG team, and this leaves him just one championship short of equalling Michael Schumacher’s all-time record of seven. The longtime Monaco based driver won an impressive 11 of this year’s 21 Grand Prix. 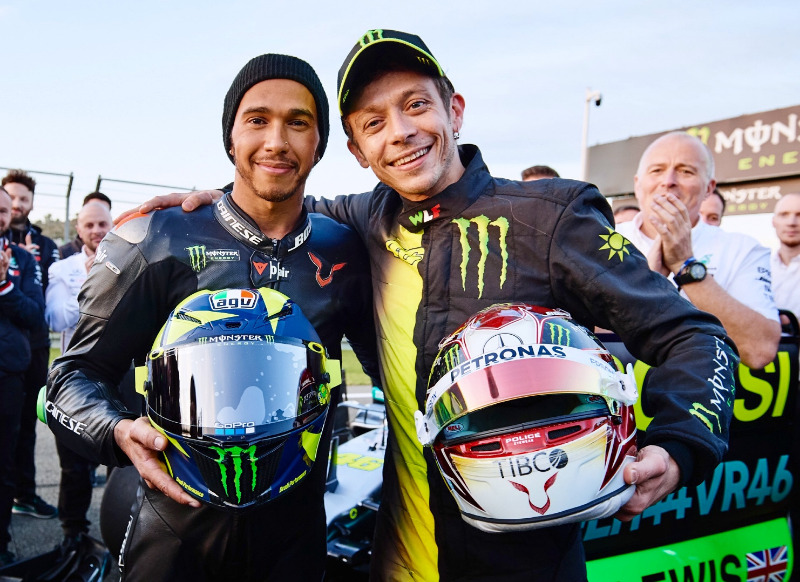 Hamilton and Valentino Rossi met up in Spain last week to swap machinery
Just over a week before the BBC event, Hamilton had attended a glittering FIA awards ceremony held at the Louvre in Paris to collect his trophy for winning this year’s F1 drivers championship and a few days later he and the iconic Italian motorbike racer Valentino Rossi, a six time MotoGP champion, met up at Valencia’s Circuit Ricardo Tormo in Spain for a unique machinery swap where they sampled each other’s racing equipment. 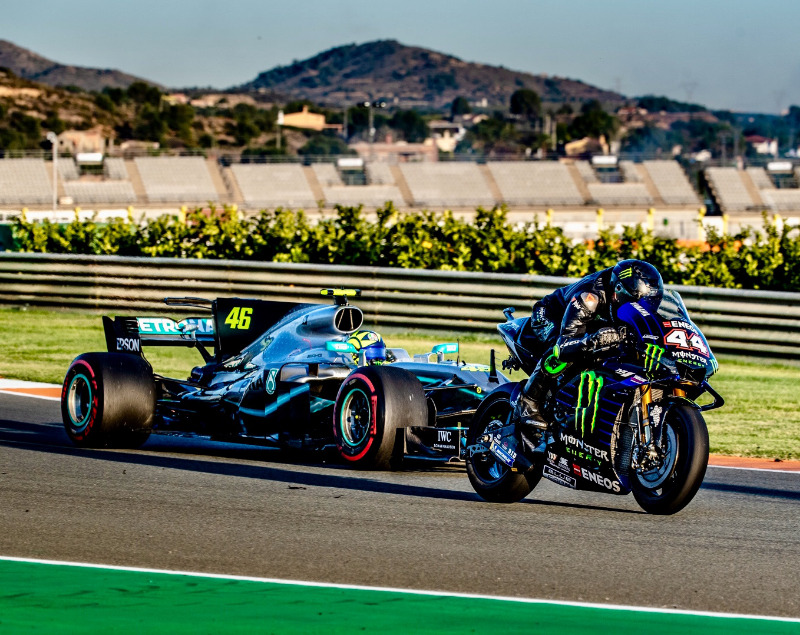 Rossi on four wheels and Hamilton on two

Also by Graham Read...
Red Bull Secures The Services Of Verstappen For An Additional Three YearsA Wonderful Early Christmas Present For Ferrari's Charles LeclercThe Porsche Experience Centre, SilverstoneHamilton And Mercedes Cruise To A Comfortable VictoryVerstappen Victorious After An Absolute Thriller In Brazil
Rossi jumped at the chance to test one of Hamilton’s F1 championship winning Mercedes, if one from 2017 and not this year’s, and Hamilton was equally keen to switch from four to two wheels as he rode Rossi’s 2019 Monster Energy Yamaha YZR-M1 MotoGP bike. Big grins all round were guaranteed, although the Mercedes team was no doubt relieved when their star driver ended his high speed bike riding day without injuring himself.