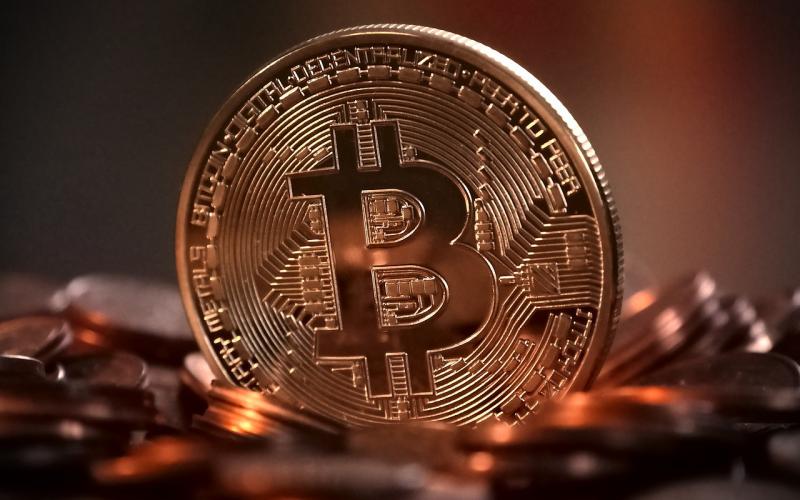 For over 3000 years, physical money has formed the basis of transactions, but this is changing and like most things, we’re moving to digital – in this case, Bitcoin.

So, what is this infamous online currency – that at times dominates the news – and what does it mean for the future?

A brief history of money

The first ever currency was introduced in 600 BC, and we evolved to bank notes in around 1661 AD.

In 1971, America moved the dollar away from the ‘gold standard’ to become a fiat currency – a legal tender value which is backed by the government that issued it, rather than a commodity (gold or silver).

Today, nearly all transactions are fiat, including electronic methods of payment such as PayPal or Apple and Google Pay.

Living in the past

As technology has evolved, the ease with which we can spend money has increased. But by modern standards, the speed has not. Yes, were able to go into a shop and tap our phone against the card reader, but if you visit your online banking you’ll notice an 'available' balance. This means your transactions are still pending – and this can go on for days, especially over the weekend.

Refunds also come with a caveat of multiple days – up to 30 – before the money is visible in your account.

This problem is escalated exponentially when the transaction crosses a border. In fact, you could book a flight and physically carry the money across the pond faster. How can this be possible in the age of the driver-less car?

The birth of Bitcoin

During the 2008 financial crisis, banks faced a liquidity problem and closed their doors to customers, which resulted in accounts being frozen and money ultimately being lost in some countries.


Also by Jamie Durham...
Staying Cyber Secure In Lockdown 2.0Track And Trace: Invasion Of Privacy Or Public Health Necessity?How Secure Is Your Home Router?The Future Of The WorkplaceTime For A Change In Hospital Communications
And in the same year, on 18 August, the domain name bitcoin.org was registered. On 31 October 2008, a link to a paper authored by Satoshi Nakamoto titled ‘Bitcoin: A Peer-to-Peer Electronic Cash System’ and from here this alternative form of currency has grown significantly, and has increased to a daily volume of $18 billion dollars.

Bitcoin is different from fiat transactions, in that it is not backed by anything or anyone – the value of a single one is derived from the demand, and as there are only 21 million that will ever be created it will not be affected by inflation or interference from governments.

Bitcoin does not require financial institutions to be stored or transacted, it relies on the network it runs on to authenticate the transaction between people and companies. It is stored in digital wallets that are services provided by third party firms. These online wallets also come in the form of USB drives that can be secured in the real world, and have an address – similar to an email – to send or receive money.

Bitcoin works more like cash because you do not require a third party, which adds more privacy. This has led to it being the currency of choice of less scrupulous individuals who want to conduct their business outside of the system, away from prying eyes.

Merchants that accept Bitcoin save on credit card fees that can range anywhere from 0.5%-5%, plus a 20 to 30 cent flat fee for each transaction made. Payments can be sent and received at a very low cost or none at all, as they are based on the volume of data sent.

While Bitcoin is arguably the grandfather of crypto currency, it does have its flaws. There is an issue with transactional speed at volume and it is not as fast as some of the new up and coming digital monies.

It is also produced by a mathematical equation task that is called ‘mining’. Anyone with a computer could once play a part in this process and they would be rewarded in Bitcoin, which meant everyone was happy and engaged. However, this equation has now become so complicated that it needs expensive computers to solve this and the engagement of the public has been replaced by companies.

The computing power required to complete the current tasks have a real-life energy power demand that is colossal. Alex de Vries, a Bitcoin specialist at PWC, estimates that the current global power consumption for the server’s software is a minimum of 2.55 gigawatts (GW) – amounting to an energy consumption of 22 terawatt-hours (TWh) per year. To put that in context, it’s almost the same as the whole of Ireland uses – making it far from a sustainable and eco-friendly method of transacting money.

New digital currencies that do not have these issues are gaining traction in the real word. Ripple for example, is being used by companies such as American Express and MoneyGram for cross border payments.

The end of money as we know it may be near, and it’s likely there won’t be one clear winner of the online currency race – there will be multiple, with very different purposes that integrate with one another.

The digital currency that successfully integrates with financial institutions may well be the front runner and gain worldwide acceptance. With Facebook and Google currently working on their own online money, you can be sure it will be part of all of our daily lives very soon.