My beer of the week is a supreme stout, brewed in Leyburn, with a simply gorgeous taste. Remember the name, Black Dub. 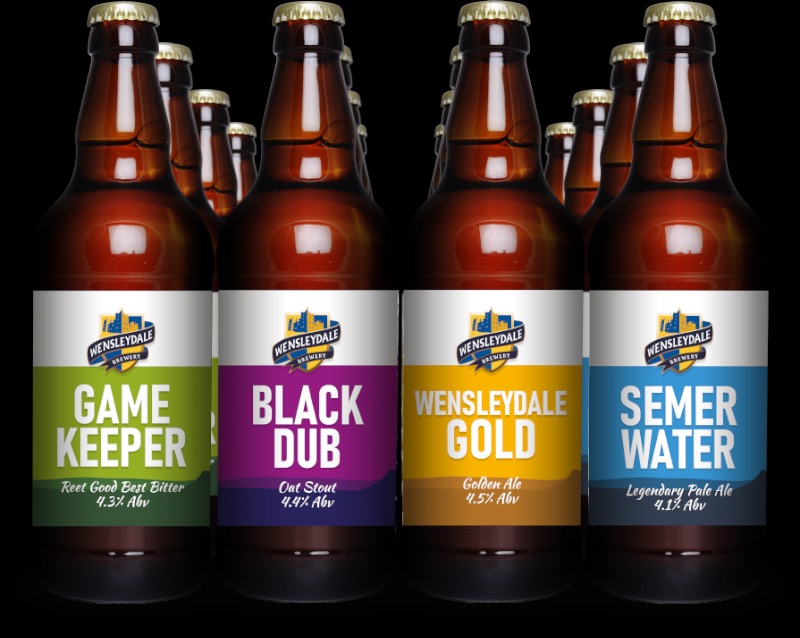 Its point of origin is Wensleydale Brewery, owned and run by two enterprising young men, Carl Gehrman and Geoff Southgate, who break off from their busy schedule to show me around.

Originally they worked for a brewery of the same name, and had done since leaving school, but when it closed in 2013 they bought the five-barrel brewing kit and carried on. 'It was either that or unemployment,' Carl tells me frankly.

At the beginning they were two of the youngest brewery owners in the country, being only in their early twenties, and I wonder if they had any doubts at the time.

‘We both knew we wanted to stay in the brewing industry,’ Geoff adds, ‘and the people we’d met and the beer we’d brewed made it hard to leave it all behind – but, yes, it was certainly daunting making that step up but not one we regret at all.’

Ninety-five per cent of the beer they brew is in cask form, sold in some wonderfully characteristic Dales' pubs, notably in Leyburn at the Three Horse Shoes and the Golden Lion; and in Hawes, at the White Hart and the Fountain. A little farther afield they have permanent lines in the Blue Bell in Kettlewell and the Richard the Third in Middleham.

'Covid could not have come at a worse time', Carl reflects, 'as we were just on the point of doubling our capacity in response to demand.'

If until recently only five per cent of their beer had been sold in bottles, in response to the changing conditions, they are turning to a different way of packaging their product, a new departure which they are planning meticulously, including the new designs required. 'We are moving into cans which are becoming more popular,' says Carl, 'and are using a top class firm to design their appearance. We want them to look just right and harmonise with the rest of our brand.’

Indeed not the least of the many attractive features about Wensleydale are the bright country images displayed on their pump-clips and beer mats, of sun-kissed hills and dales, lakes and castles. These idyllic images used to proudly adorn their bottles until about eighteenth months ago, in a rebranding exercise, they were replaced by bolder labels. ‘We love the new bottle labels,’ Geoff enthuses, ‘ they still have a nod to the hills around us, but with a bold and modern style that makes them stand out.’

But their most attractive feature, of course, is the taste of their ales, brewed at the heart of Wensleydale on what is now a ten-barrel kit. It seems like they have got one for every taste or requirement and, unlike many breweries, are most open about the choice hops they use which impart such subtle flavours.

Wensleydale Pale (3.45 ABV) is a remarkably fresh-tasting aromatic light ale crafted from a mixture of lager malts and good English hops, Challenger and Jester. Falconer (3.9), a light copper bitter, is a happy hoppy blend of fruity malt flavours with a suspicion of orange. Their extremely popular Sema Water (4.1) is a light blonde, with delicate citrous flavour and aroma, a product in part of the Cascade hops well known to impart a balanced and delicate floral undertone.

Gamekeeper is one of Yorkshire's best bitters, copper-coloured and with a nice head, the distinctive subtlety of its taste coming from the Magnum hops. Wensleydale Gold (4.5) carries hints of grapefruit derived, no doubt, from the Chinook hops. Carl tells me they are also in the process of introducing a new IPA, High Fives, specially brewed for cans.

Their dark oatmeal stout, Black Dub, however, is for me their pièce de résistance. Whilst an inch of head is settling, I ask about its name, pretty certain it will have nothing to do with the Rock band. 'There's a dark, deep pool, known locally as the dub in the River Cover to the rear of Middleham Castle,' Carl tells me. 'We named it after that.'

'Wonderful!' I exclaim after the first luscious quaff, complimenting the smiling brewers on the immediate fruity impact on the palate and the smooth richness, as I savour the heady redolence of chocolate malt, caramel, coffee beans almost.

'Yes but also it's because in the mash tun we use a lot of oats.' Carl smiles. ' That's what gives it a unique mouthfeel and extra body. But yes, we blend different malts to achieve this particular richness of taste.'

Both men look at me, expectantly. 'The roasted coffee with hints of chocolate and sweet oaty notes that you are probably experiencing?' Geoff suggests.

It's difficult not to go over the top about this wonderful beer. But now, having tasted it, all I want to do is drink it not talk about it!