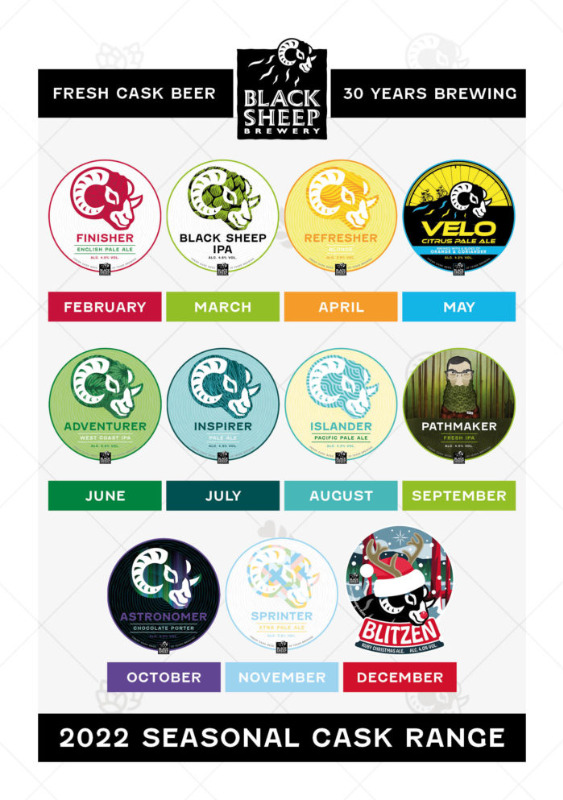 Black Sheep Brewery has announced the launch of its latest seasonal cask beer, Islander – available in cask to pubs from August.

Brewed with and abundance of Pacific hops including Nelson Sauvin™, Galaxy, Taiheke and Rakau, Islander will take you on a journey to the southern hemisphere with its grapefruit, mango and gooseberry notes combining to create a refreshingly fruity pint with bags of flavour.

The latest cask beer from Black Sheep, Islander combines those vibrant flavours of the Pacific with the brewery’s iconic Yorkshire brewing techniques, to create a deliciously fresh pale ale with a rasping dry finish.

At 4.5%, Islander is the perfect pint for beer gardens, guaranteed to quench your thirst while enjoying the warm, sunny weather.


Jonny Kirkham, Head of Sales and Marketing, commented:
“Our latest cask beer captures a taste that will be new to Black Sheep beer lovers. Cask beer fans need to try this one, as it’s the first time we’ve delved into brewing with Pacific hops and is certain to deliver ultimate refreshment and flavour”.

“Its tangy and tropical nature transforms any beer garden into an island beach, taking you on one final journey abroad as we move away from the summer months, and head into autumn.”

Islander is the seventh beer to be launched in the brewery’s 2022 Seasonal Cask Beer Range which follows on from recent releases such as Adventurer, the brewery’s first West Coast IPA, and more recently Inspirer - a British pale ale described as the ‘ultimate beer garden pint’.


Jonny continued:
“As part of the brewery’s 30th birthday celebration, we’ve been releasing new takes on British classics and relaunching old favourites to celebrate such a momentous occasion. Black Sheep has always been a forward-thinking brewery though, and so this seasonal calendar has also provided a range of modern, progressive styles to demonstrate the true diversity of cask beer.

“Alongside our new addition to the Seasonal Cask Beer Calendar, we launched our Drink Cask Beer campaign earlier this year to support and promote the category that has been in decline over recent years. We hope this seasonal range will prove that there is a cask beer for everyone -whether it’s one of our citrus pale ales, a chocolate porter or a bold IPA”.

The cask beer industry has been experiencing a decline in popularity, further impacted by the pandemic, which has led to the closure of some cask ranges and uncertainty regarding the industry. Black Sheep’s Drink Cask Beer campaign is a movement for the entire industry, to engage younger drinkers in the most creative ways possible.

Just recently, Black Sheep Brewery partnered with comedy star Maisie Adam to create a mean tweets video – unapologetically challenging the online cask beer haters and challenging those who haven’t tried a pint of cask to simply give it a go!