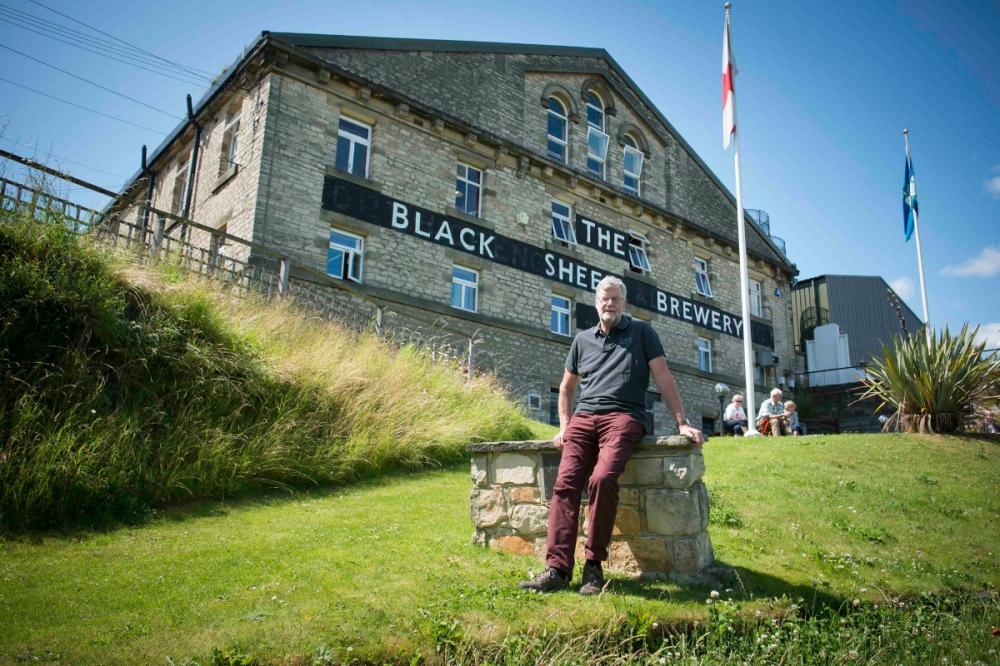 Paul Theakston
Black Sheep Brewery has announced that it is to host an evening with its iconic founder, Paul Theakston, on the 28th, September, in celebration of Cask Ale Week.

Supporting the return of pub-going and cask ale drinking, the event, which is to be held at the Brewery’s Visitor Centre in Masham, will kick off at 7pm with a tour of the brewery followed by a question-and-answer session with the “King of cask”, Theakston himself.

As a celebration of cask ale, there will of course be plenty of opportunities throughout the evening to sample the delights of Black Sheep’s own award-winning brands of real ale, along with beer-inspired snacks from the kitchen. And while guests soak up the atmosphere with a pint or two, Paul, along with the host for the evening, Black Sheep’s Jake Humberstone, will be on hand to meet and mingle with everyone.

Organised in support of Cask Ale Week (23rd September – 3rd October), it is hoped that the event will help bring the community back together and inspire people to visit their local pubs to experience the tastes and aromas that only cask-conditioned beer can offer.

To whet visitors’ appetite, the £10 event admission fee will include a pint of legendary Black Sheep Best Bitter, as well as a token for 10% off all items in the brewery shop.

Born and bred in Masham, Black Sheep is deeply ingrained in the fabric of its local community and has grown to become one of the most well-known breweries in the UK. Keen to contribute to the community that has given it so much, Black Sheep has embarked on a number of sponsorships in the region, becoming the official beer of the Tour de Yorkshire and, as of this year, the official beer of Harrogate Town A.F.C.

It is the company’s Yorkshire roots and deep ties to the community that have, according to Charlene Lyons, Chief Executive of Black Sheep Brewery, prompted Black Sheep to open up its brewery and give a rare and exclusive insight into the business and the mindset of its founder: “So much a part of British tradition and culture, cask ale has been, with the closure of pubs, temporarily lost to local communities for the first time in generations. Now with the reopening of the country after months of lockdown, we are committed to doing all we can to support Cask Ale Week and ensure the comeback of this national treasure.

“Our interest in cask ale and our connection to the community are both deeply personal, which is why our founder, Paul Theakston, wanted to reflect this in our event by speaking directly to visitors about his love and experience of this distinct form of beer.

“Few know better than Paul – who built the business from the ground up – how special cask ale is and how, as one of the hardest, most hand-crafted beers to make, it has become a symbol of British brewing, setting Britain apart on the world stage. A brewing pioneer who has always been unafraid to do things differently, Paul’s journey highlights the uniqueness of real ale, and its importance not only to the local community, which helped build its success, but also to the wider nation.”